We recommend viewing our great site on Google Chrome!
New to InvestComics? Please read the Disclaimer here before proceeding… 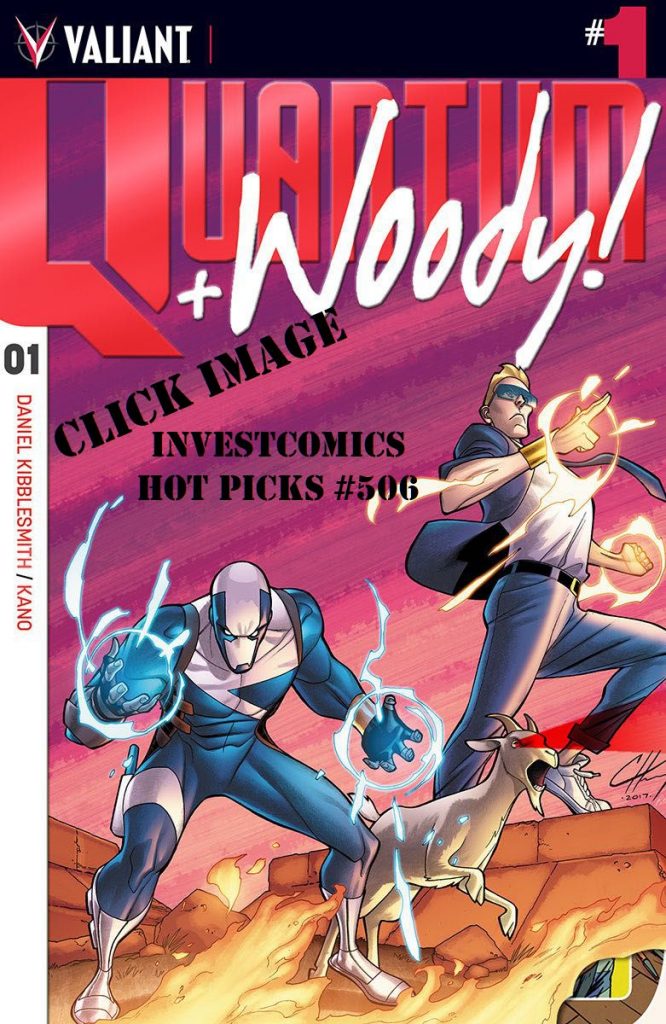 Quantum & Woody #1 – This new Valiant series will probably sell out this Wednesday. These two characters have always been a hit with fans….and the goat too. News of a television show has really turned up the speculative interest within the back issue bins. With the release of the new series, the variant covers are out of this world fun, including “The Most Variant Cover Of All Time.” The cover will feature chromium, lenticular, embossing, die-cutting, iridescent ink, glow-in-the-dark and more. Unbelievable, right? This rare 1:250 variant cover will probably go for a top premium on Ebay once it hits. Want some unbelievable news regarding this RARE one of a kind EVER in history? InvestComics and Valiant Entertainment are giving one of these away! Go right HERE for details. Better hurry, giveaway ends this Wednesday! Good luck!
Spider-Gwen #27 – The hot Gwenom character chugs along in this story line; Gwenom part 3.
Superman #37 – “Super Sons Of Tomorrow” part 1.
Super Sons #11 – “Super Sons Of Tomorrow” part 2.
X-Men: Grand Design #1 – New X-Men story from creator Ed Piskor.

Longest running speculative/entertainment website on the net. Thanks to our fans!