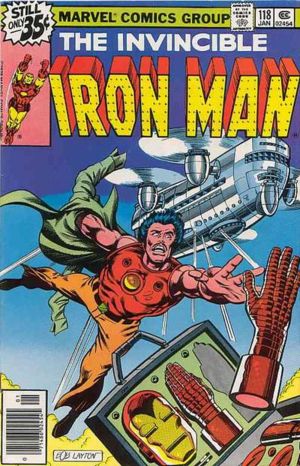 Unless you have been living on another planet, you should know by now that a major motion picture named Iron Man is due in theaters by 2008. Robert Downy Jr. will play the roll of Tony Stark. Unless you can pluck down a few thousand dollars for Iron Man’s 1st appearance, instead lets go a different route. Budding Hollywood movie star Terrance Howard (Ray, Crash, Four Brothers) is going to be playing the role of James Rhodes. For those of you not familiar with Iron Man, Jimbo later takes on the role of Iron Man (but that’s another IC pick you’ll see later!). Jim Rhodes’ 1st appearance is you guessed it, right here, Iron Man # 118. It’s still an affordable price, so strike while the umm…..the iron is hot!