FEEL EVEN BETTER LATER
Hickman One-Shot Delayed
Berkeley, CA – 12 October 2011 — Jonathan Hickman’s FEEL BETTER NOW, originally solicited as a $3.99, 40-page one-shot is being delayed and retooled for a 2012 release as an original graphic novel.
“I regret to inform everyone that FEEL BETTER NOW will not be shipping on schedule,” said Hickman. “Unfortunately, during the course of creating this story, it got bigger. Far beyond the 40 pages we had allocated for the book, and, as a result, I have decided to give the story the scope I feel it deserves.
“Right now, we think the best thing to do is pull it from Diamond and re-solicit the book at a later date when we can firm up the final price point, page count and delivery date. I apologize for the inconvenience, but sometimes these things take on a life of their own and FEEL BETTER NOW is a story that deserves a full canvas.”
“This is one of those cases where the material really will benefit from a little more time,” explained Image Comics Publisher Eric Stephenson. “Simply put, we could have put the book out as planned, but Jonathan wouldn’t have been satisfied with it. He knew there was more story to mine here and felt the best way to do that was to expand upon it. Instead of just shipping the book late, everyone involved felt the best way forward was to give Jonathan as much time as he needed to tell the story he wants to tell and re-solicit when it’s ready. I think anyone familiar with Jonathan’s understands it will be worth the wait.”
Hickman added: “I would also like to note that THE NIGHTLY NEWS ANNIVERSARY EDITION HC and THE RED WING TP will still ship as scheduled, and that work has already begun on next year’s ongoing series SECRET and THE MANHATTAN PROJECTS. Both myself and Image Comics are extremely excited regarding our plans for the next 12 months.”
THE NIGHTLY NEWS ANNIVERSARY EDITION HC (SEP110423, ISBN: 9978-1-60706-4619), a 300-page full-color hardcover graphic novel for $34.99, will be on sale in stores November 16. THE RED WING TP (OCT110470), a 140-page full-color trade paperback for $14.99, will be on sale in stores December 14. 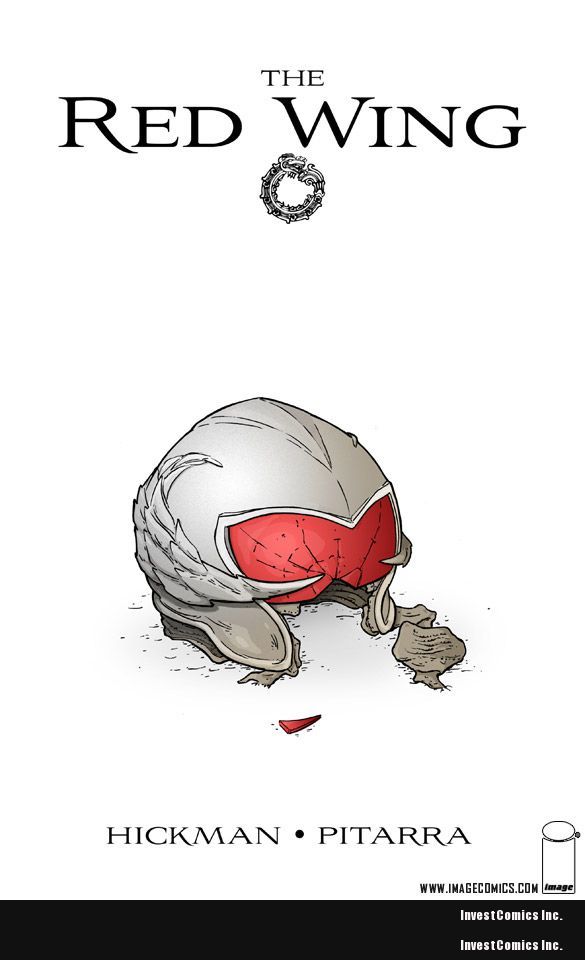