No ticking Time Bomb here, it’s writer Justin Gray on 10 For The Pros™!

In addition to working in comics for the last decade on titles that include Power Girl, Johan Hex, Marvel Adventures, The Monolith and Daughters of the Dragon, Justin has been a fossil hunter, advocate for victims of crime and a micro photographer of 20 million year old insects in amber. In addition to comics he’s also written for film, television and video games. 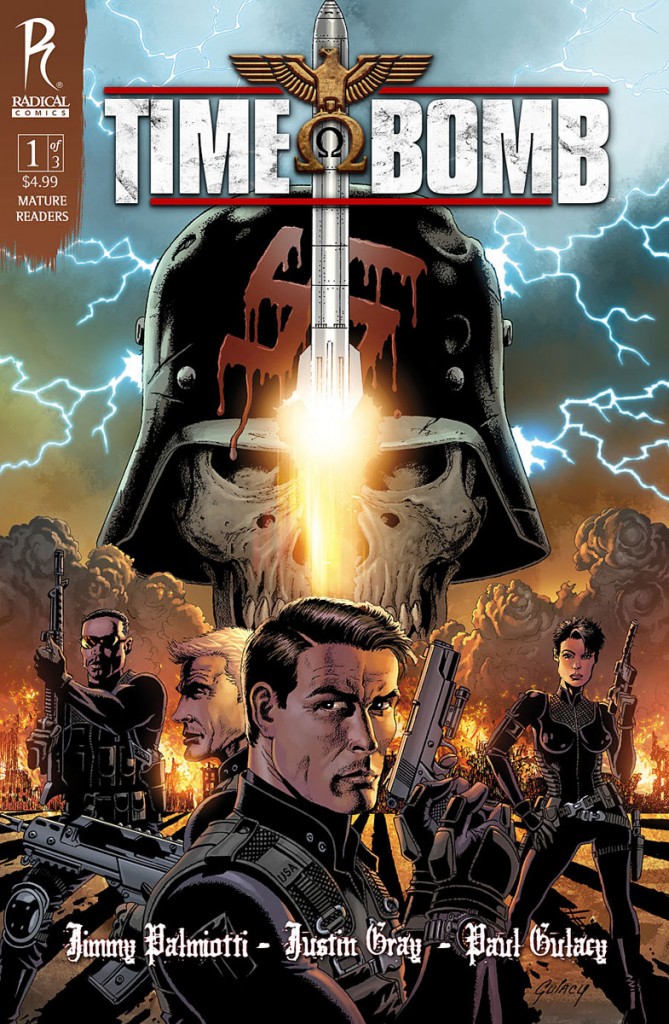 1. What comic (character) would you love to have total creativity control over? And why?

(JG) All of them! So I can rule the world! With all the characters under my control there’s no one that can stop me!

(JG) The ability to give other, more responsible people super powers.

(JG) That should be fairly obvious. All of them. Except that Palmiotti guy. He drives me nuts.

5. In your opinion, do you feel that the movie industry is doing a good job with the Comic Book movies? Are they making comic book movies now?

(JG) I hope they’re better than that Dr. Strange TV pilot on CBS in 1978. Comic book movies are like any other genre, you’ll get good ones and bad ones.

(JG) Be original and creative. Never give up. Never surrender.

(JG) Time Bomb is coming out from Radical. Go pick up Random Acts of Violence from Image comics. Read more Jonah Hex including the Hardcover that is out this month!

(JG) Depending on the time in my life the influences vary wildly, Bill Mantlo, Frank Miller, Gil Kane, Chris Claremont, Crumb, Peter Milligan. The thing that brought me back to comics and re-ignited the crazy dream of actually working in the industry has to be credited to Robinson and Harris’ work on Starman.