"Continuing KING CITY has been a long time coming and I’m thrilled that TOKYOPOP and Image Comics are bringing it back in the best way possible," Graham said. "We’re doing it as thirty-two page monthly issues, the first six issues remastering the original series along with as much cool new work as I can fit, in a format akin to Image’s VIKING. Starting with issue 7, the series will consist entirely of all-new material. This is KING CITY looking better than I’d ever hoped- in burly, deluxe oversized serializations."

KING CITY is solely populated by the weirdest of the weird including Joe, a thief-for-hire with a cat capable of becoming any tool or weapon.  Amongst his friends are his co-hort,  Pete, who is too busy falling in love with an alien he’s forced to betray to assist in their latest mission and Anna, who can’t help but watch her boyfriend literally turn into the drug he’s addicted to. The ongoing series will consist of remastered and original material, in the same deluxe format as Ivan Brandon and Nic Klein’s VIKING.

Image Comics Publisher Eric Stephenson said, "Brandon represents a whole new generation of cartoonists coming into comics with a fresh eye for creating original material unlike anything else out there. We’re excited to be working with both Brandon and TOKYOPOP on returning KING CITY to the stands in a way no one has seen before." 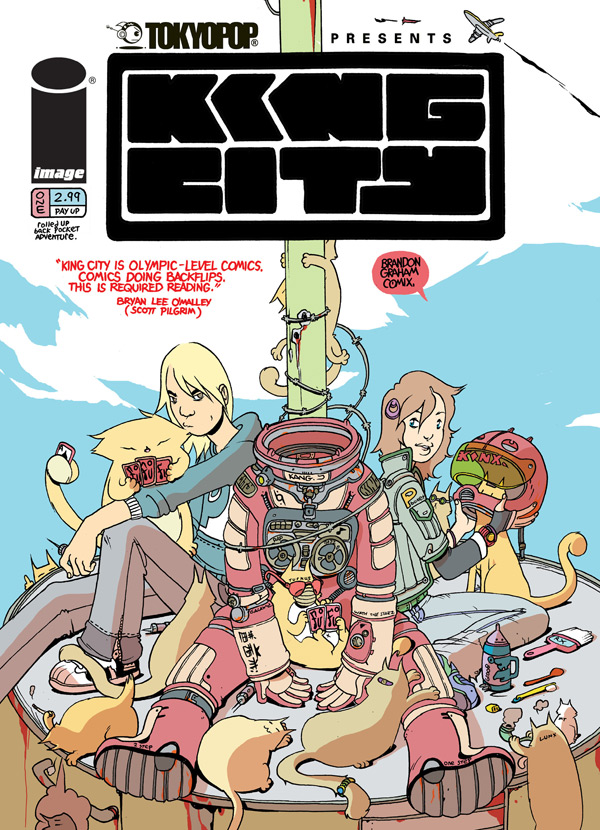