She was on the fast rack to superstardom until her wild lifestyle, dysfunctional family dynamic and multiple run-ins with the law derailed her career. But despite it all, Lindsay Lohan, the subject of an upcoming Bluewater Productions biography comic, has cornered the market on infamy and yet continues to thrive.

“Infamous: Lindsay Lohan,” scheduled for a September 2011 release, follows the rollercoaster life and career of the young actress who is now more famous for her off-screen exploits than anything she has done in movies.

“This issue can be seen as a tragedy in motion; its last chapter has yet to be written,” said writer Marc Shapiro. “Lohan is both a victim of the all-consuming celebrity culture and a perpetrator of bad decisions, the lack of self-control and an unhealthy sense of entitlement.”

Lohan, who was last week ordered back to prison for probation violations, is the second notorious celebrity featured in Bluewater’s latest biography comic venture “Infamous”.  A biography on actor Charlie Sheen is due on shelves in July.  Both issues are written by freelance journalist and author Mark Shapiro.

According to Shapiro, the book is not all about the salacious headlines, mug shots and outrageous behavior, but tries to examine the underlying causes of Lohan’s inability to “straighten out her life.”

“I wish to expand my career and spread Japanese manga culture. I am keen to work directly with an American publisher to make more people aware of manga
style, and I am particularly interested to learn from many of America’s attractive women,” said Sakamoto.

Bluewater’s publisher Darren G. Davis added, “If Lohan contacted us right now and wanted us to donate some of the potential profits to a charity of her choosing, we would happily do so.”

“Infamous: Lindsay Lohan,” will also feature cover art by famed comic book artist Joe Phillips. The issue will retail for $3.99 and be available through most online venues like Amazon.com as well as local comic book stores. To pre-order the book on from MY COMIC SHOP online click here: http://www.mycomicshop.com/bluewater 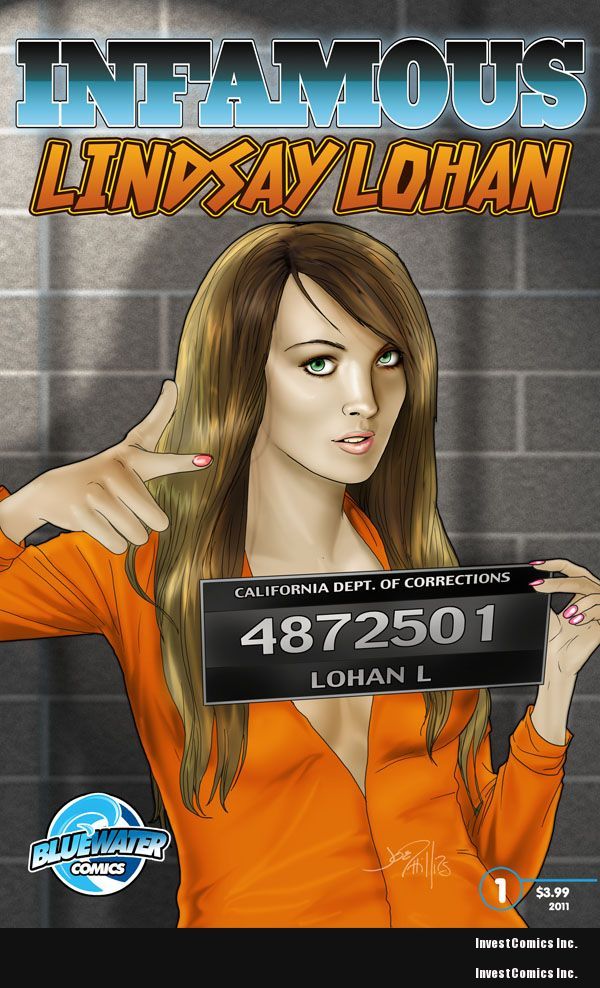 1 thought on “LINDSAY LOHAN GOES FROM IN HOT WATER TO IN BLUE WATER!”