Creators of GIRLS and THE SWORD to sign at the American Library Association’s annual conference.

THE LUNA BROTHERS TO APPEAR AT ALA
Creators of GIRLS and THE SWORD to sign at the American Library Association’s annual conference
Berkeley, CA – 24 June 2010 – Image Comics is thrilled to announce that Jonathan and Joshua Luna, creators of THE SWORD, will appear at the ALA Annual Conference & Exhibition on Saturday, June 26, 2010 at the Walter E. Washington Convention Center in Washington, D.C.
Image Comics is exhibiting with Diamond Book Distributors, booth #2453. The Luna Brothers will be at the booth for an exclusive signing from 2:00 p.m. to 4:00 p.m. on Saturday. Complimentary copies of THE SWORD, VOL. 1: FIRE trade paperback will be available during the signing. Image will also distribute copies of various Image Firsts titles throughout the convention.
The Luna Brothers are the creators of ULTRA, GIRLS, and THE SWORD (all Image Comics). Their works also include SPIDER-WOMAN: ORIGIN (Marvel Comics), written by Brian Michael Bendis and Brian Reed. The Luna Brothers were born in California and spent most of their childhood overseas. They returned to the United States in their late teens. Writing and drawing comics since they were children, they both graduated from the Savannah College of Art and Design with BFAs in Sequential Art.
Don’t miss The Luna Brothers during their one-day-only appearance at ALA on Saturday, June 26, 2010 at the Walter E. Washington Convention Center (801 Mount Vernon Place NW, Washington, D.C. 20001).
Image Comics is a comic book and graphic novel publisher founded in 1992 by a collective of best-selling artists. Image has since gone on to become one of the largest comics publishers in the United States. Image currently has five partners: Robert Kirkman, Erik Larsen, Todd McFarlane, Marc Silvestri and Jim Valentino. It consists of four major houses: Todd McFarlane Productions, Top Cow Productions, Shadowline and Image Central. Image publishes comics and graphic novels in nearly every genre, sub-genre, and style imaginable. It offers science fiction, romance, horror, crime fiction, historical fiction, humor and more by the finest artists and writers working in the medium today. For more information, visit www.imagecomics.com. 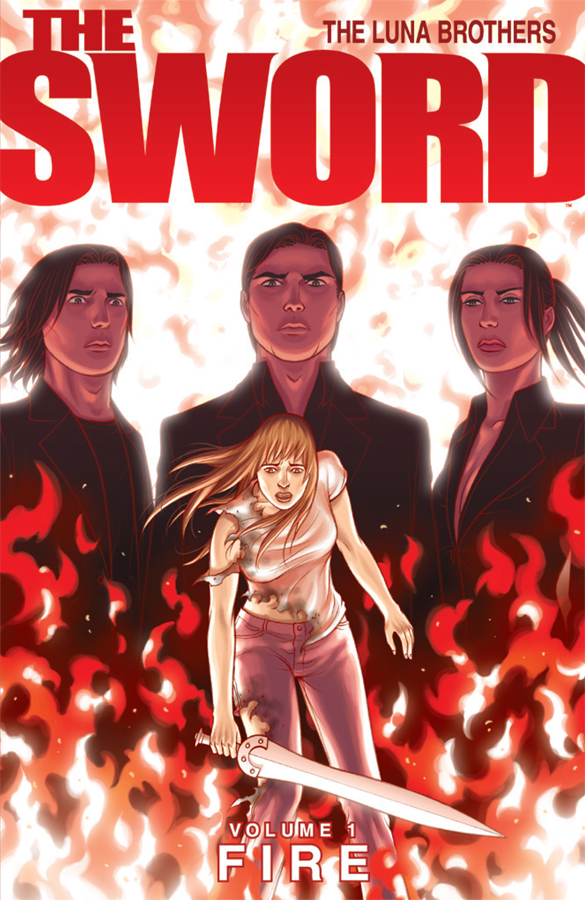