In the most recent InvestComics Hot Picks #291, we suggested that you take a look at the latest offering from Marvel’s Iron Man title. Iron Man #17 reveals something that will probably open many doors for our beloved billionaire Tony Stark for years to come.

It is revealed that not only was Tony Stark adopted, but that he has an “alien” brother?!!

The media has picked up on this issue already. The comic is recieving major press right now and collectors should be on high alert here! Pick up some copies quick! This is a major uptick book. 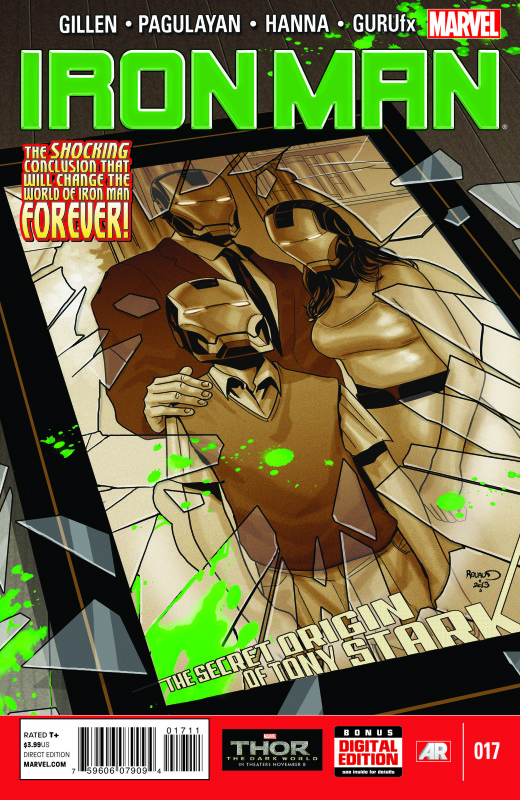