This July, red hot writer Rob Williams and superstar artist Simone Bianchi dispatch Marvel’s breakout mutant black-ops team right into the heart of the year’s biggest comics event in Fear Itself: Uncanny X-Force #1 (of 3)! The end is nigh and a group of hate-mongering extremists know just who to blame – super humans! But as fear rains down upon the Marvel Universe, Uncanny X-Force will be the only thing that stands between this band of frenzied zealots and mass murder on a global scale.

“What exactly is a mutant super hero kill crew afraid of? That’s the question we had to ask,” said Williams. “A rogue cult of Purifiers believe that the actions of Fear Itself are the early stages of Armageddon and that they must kill many people as possible so their souls can ascend ‘before the devil knows they’re dead.’ You can’t question X-Force for wanting these crazies dead. But was it the actions of ‘heroes’ like X-Force that actually brought about the potential Armageddon of Fear Itself?”

Can X-Force cut down the Purifiers before they touch off a worldwide genocide? Or, with the God of Fear ascendant, will the team’s own trail of slaughter prove to be a self-fulfilling prophecy? In their darkest hour, Wolverine, Deadpool, Psylocke and the rest of Marvel’s most cutthroat strike force will discover that nightmares really can come true, only in Fear Itself: Uncanny X-Force #1 (of 3) – on sale this July!

For more on Fear Itself, check out Marvel.com!

FEAR ITSELF: UNCANNY X-FORCE #1 (of 3)
Written by ROB WILLIAMS
Pencils & Cover by SIMONE BIANCHI
Parental Advisory …$2.99
ON SALE THIS JULY! 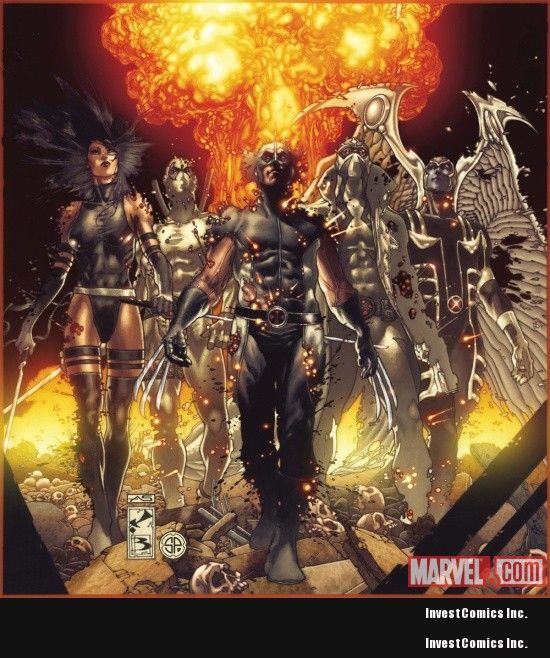