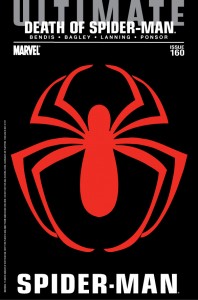 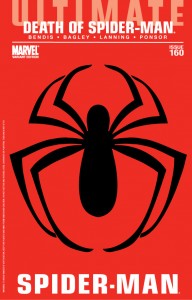 In addition, Marvel has officially announced that there will be no overprint on Ultimate Comics Spider-Man #160, and the issue will also not appear on newsstands.

Bendis and Bagley’s most ambitious story yet sends fans reeling this June, in Ultimate Comics Spider-Man #160 – no fan will ever forget how it ends!

1 thought on “ULTIMATE SPIDERMAN gets a POLYBAG BODYBAG”