It looks like Adam Kubert’s back to working at Marvel! Get a look at the awesome wrap around cover for New Avengers #50 and info on where to see Adam Kubert’s variant cover inside!

Get Your First Look At NEW AVENGERS #50 On Marvel.Com!

The New Avengers reach their milestone 50th issue—but the Dark Avengers may make it their last! Get your first look inside the extra-sized New Avengers #50 at Marvel.Com with a sneak peak at the just-announced variant cover by the legendary Adam Kubert (http://marvel.com/news/comicstories.6719) and stunning interior art by series artist Billy Tan (http://marvel.com/news/comicstories.6689). As the New Avengers continue to reel from the public debut of the Dark Avengers, the team makes a decision that will change their lives forever—and bring the full fury of Dark Reign upon them! Award winning scribe Brian Michael Bendis and superstar artist Billy Tan set the New Avengers on a collision course with their most explosive battle yet!

Stay tuned to Marvel.Com for an extended look inside New Avengers #50 tomorrow in the latest edition of The Weekly Watcher! 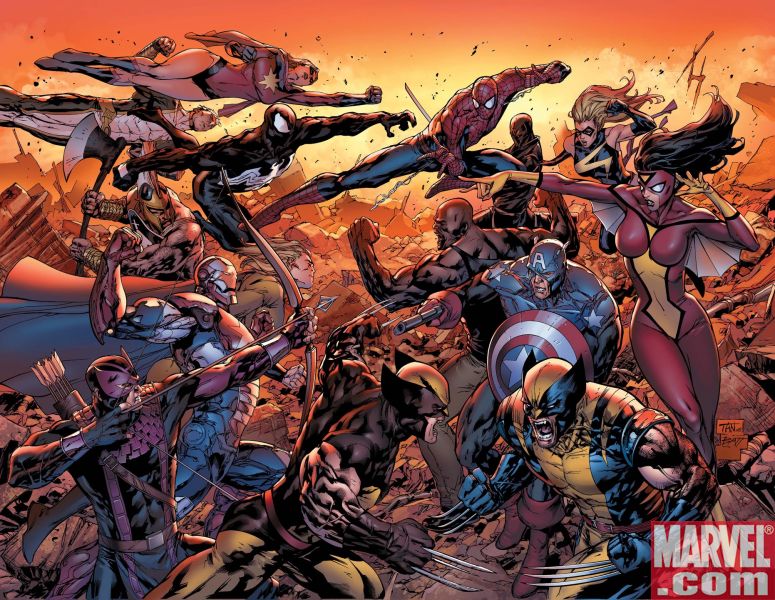