Can’t get enough of your favorite Merc with a Mouth?

Check out some artwork from the upcoming mini-series: Deadpool: Suicide Kings!

He’s the “Merc with a Mouth” and he’s gotten himself into a whole new world of trouble beginning this April in Deadpool: Suicide Kings #1 (of 5)!  From the creative team of writer Mike Benson (Moon Knight, television’s Entourage) and artist Carlo Barberi comes an all-new explosive romp featuring everyone’s favorite wisecracking sociopath!  After Deadpool is set up and framed, everyone wants a piece of him!  If Wade hopes to survive and serve up a dish of some good ol’ revenge, he’s going to have go toe-to-toe with some of the Marvel U’s heaviest hitters: Punisher, Daredevil and the friendly neighborhood Spider-Man! Plus, a mind-blowing cover from red-hot artist Mike McKone

Who will come out on top, “The Man without Fear” or Deadpool?  Will the “Merc with a Mouth” put the Punisher in his place? And will Deadpool get tangled up by Spider-Man? You can only find out in Deadpool: Suicide Kings #1 (of 5)! 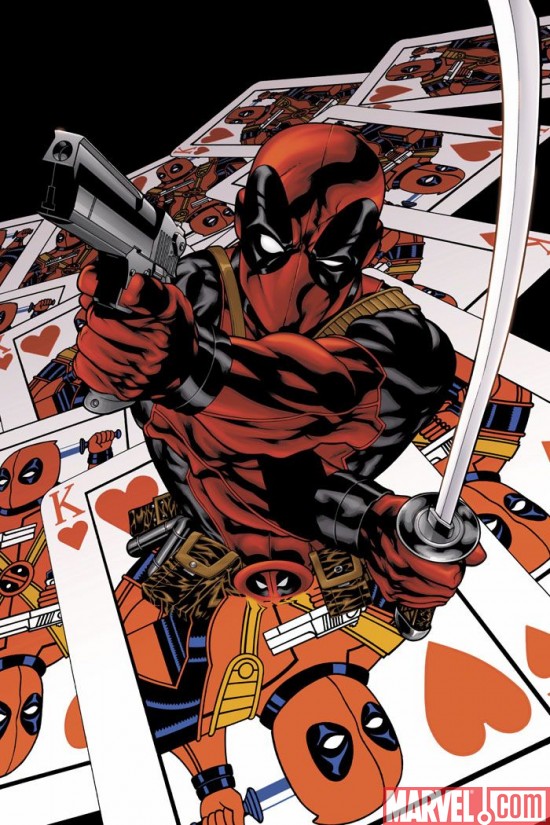 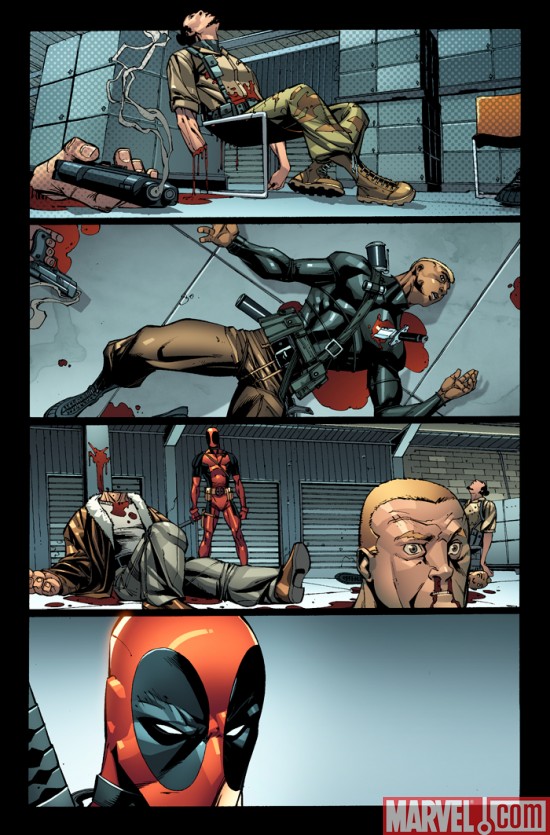 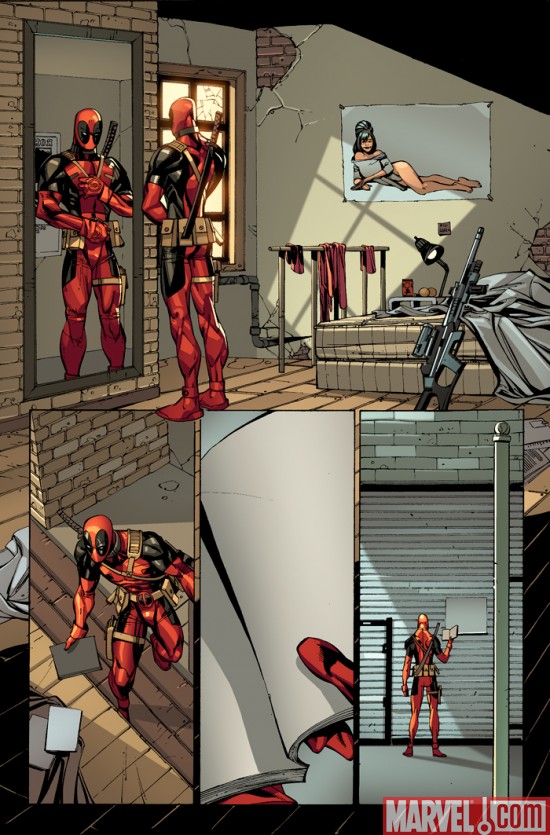 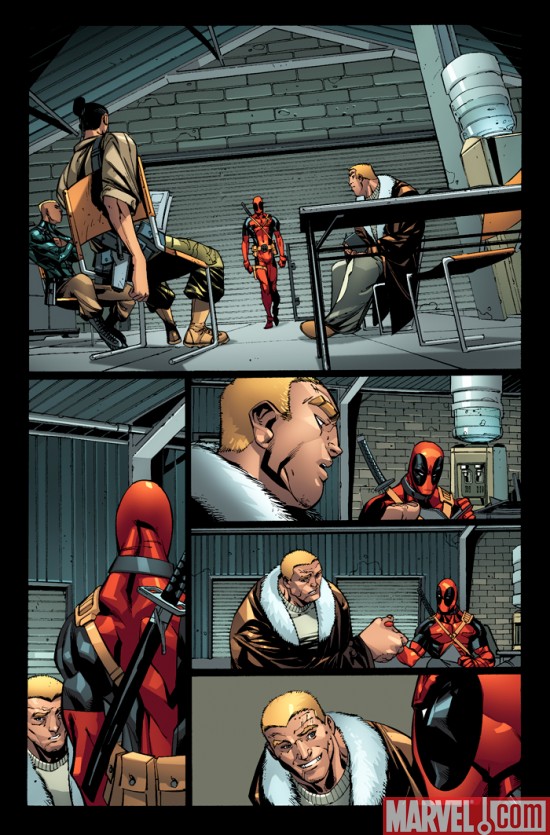 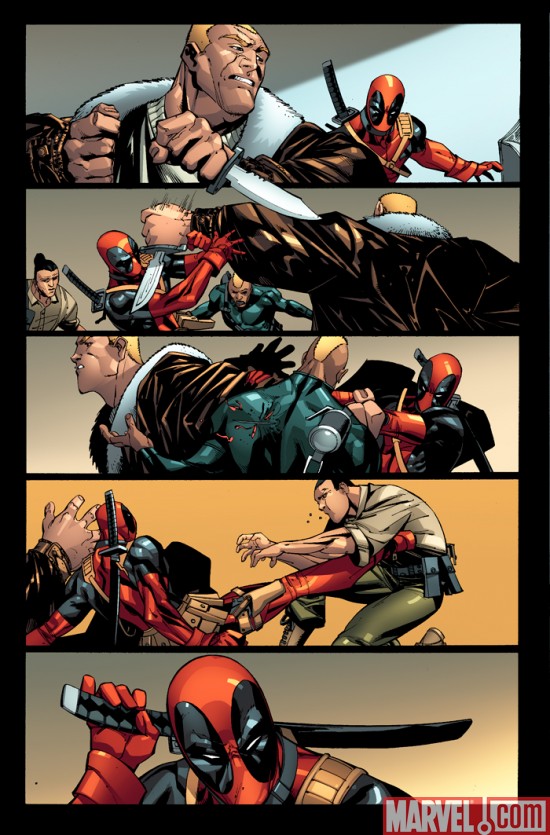