The Battle of the Ages takes place this November! InvestComics has received 6 exclusive pages from Marvel Comics Thor: Man of War! Awesome stuff here, click to see the images……

It’s The Battle Of The Millennia – Thor vs. Odin!

This November, don’t miss the earth-shattering, sky-scorching epic clash between father and son in the one-shot, Thor: Man of War!  Continuing the success of their last two collaborations, join the acclaimed creative team of Matt Fraction and Patrick Zircher (Thor: Ages of Thunder, Thor: Reign of Blood) for the Norse tale that’s been eons in the making! For countless millennia, the God of Thunder, Thor, has raged and rebelled against the word of his father, the all-powerful Odin.  But…Odin won’t have anymore!  And so as another cycle begins, Thor must stand up against the supreme wrath of the enraged All-Father!  Does the might of Thor stand a chance?

The fans and critics couldn’t be happier with Matt Fraction and Patrick Zircher’s portrayal of the God of Thunder!

“Fraction captures the feel and the sound of ancient Asgard perfectly… Zircher’s work is spectacular in its depiction of a bloody realm far removed from our own.” – Jesse Schedeen of IGN.com

“The writing is direct, simple, straightforward and uncompromising, the artwork is excellent, and the strong mythical quality that Fraction brings to his storytelling makes the book instantly attractive.” – David Wallace of ComicBookResources.com

When a father is fed up with the impulsive tantrums of a selfish titan, who will come out the victor?  Witness the epic battle, only such talents like Matt Fraction and Patrick Zircher could deliver in Thor: Man of War! 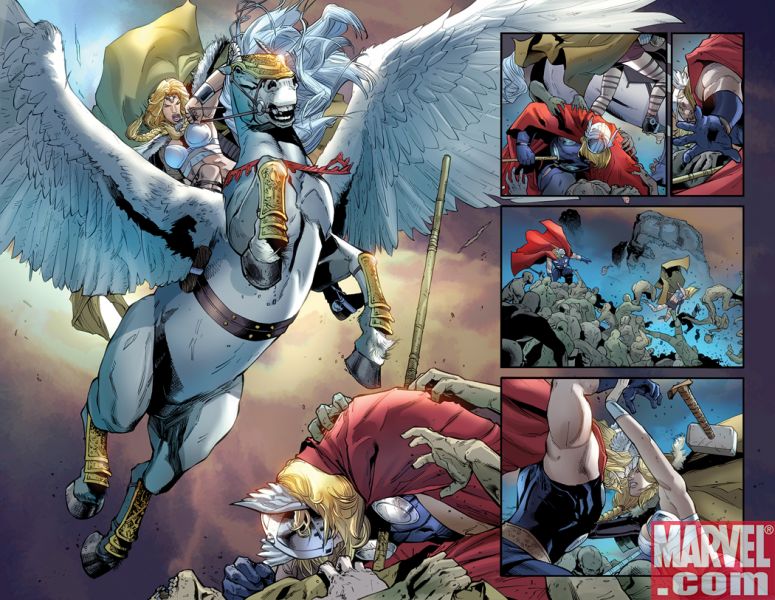 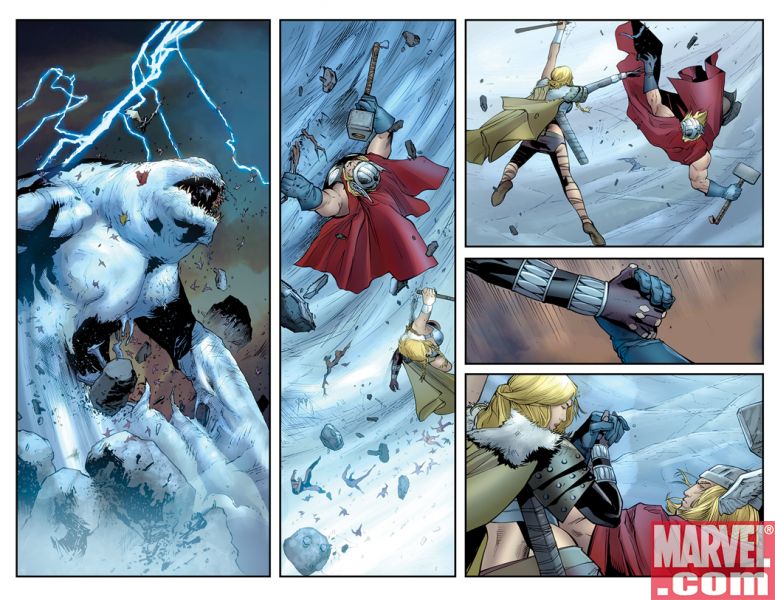 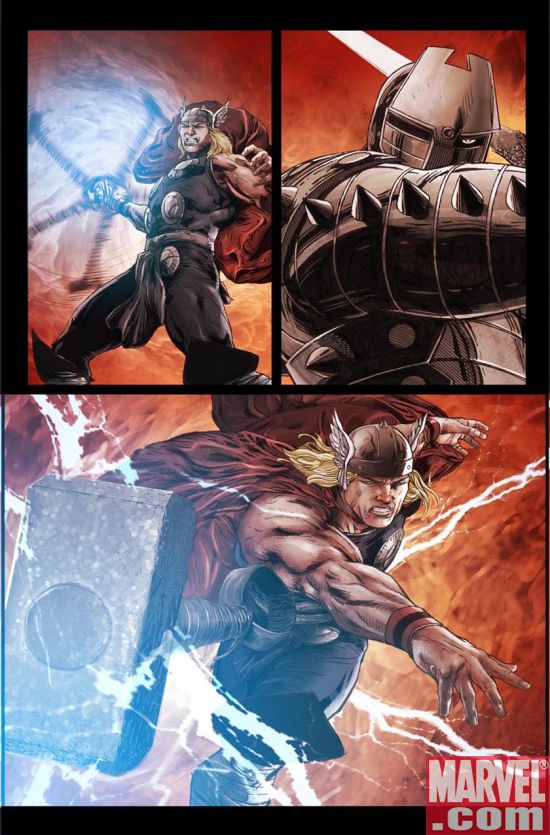 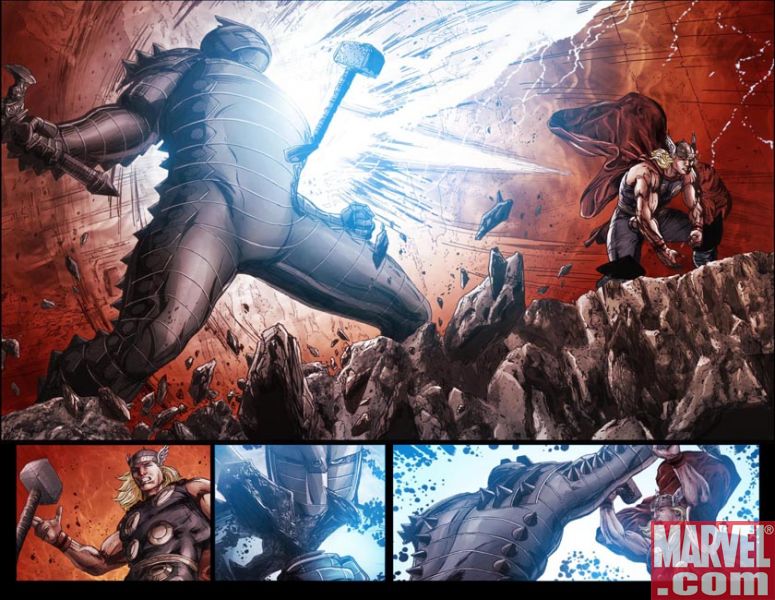 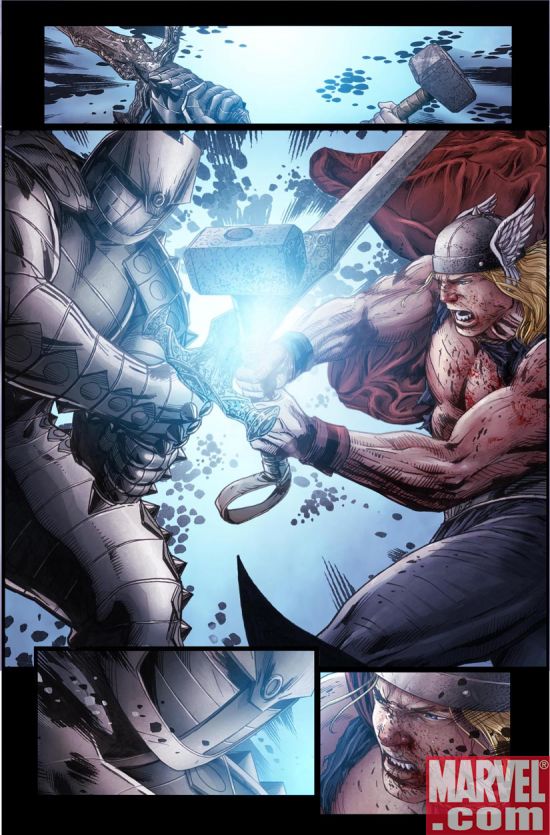 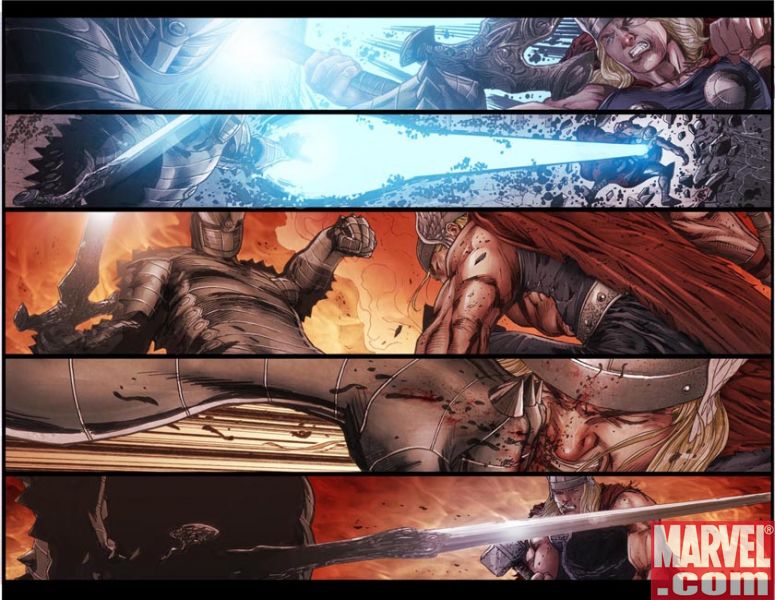