Marvel is pleased to present your first look at the jaw dropping covers to Avengers #1, Avengers #2 & Avengers #3 by superstar artist Dustin Weaver! This December, the most popular heroes in comics together on one unbeatable team, twice a month – only in Avengers! From the blockbuster creative team of Jonathan Hickman and Jerome Opena, the Avengers “go large,” expanding their roster and their sphere of influence to a global and even interplanetary level. When Captain America puts out his call – who will answer?

This December, Jonathan Hickman and Jerome Opena redefine what it means to be Earth’s Mightiest in Avengers #1! 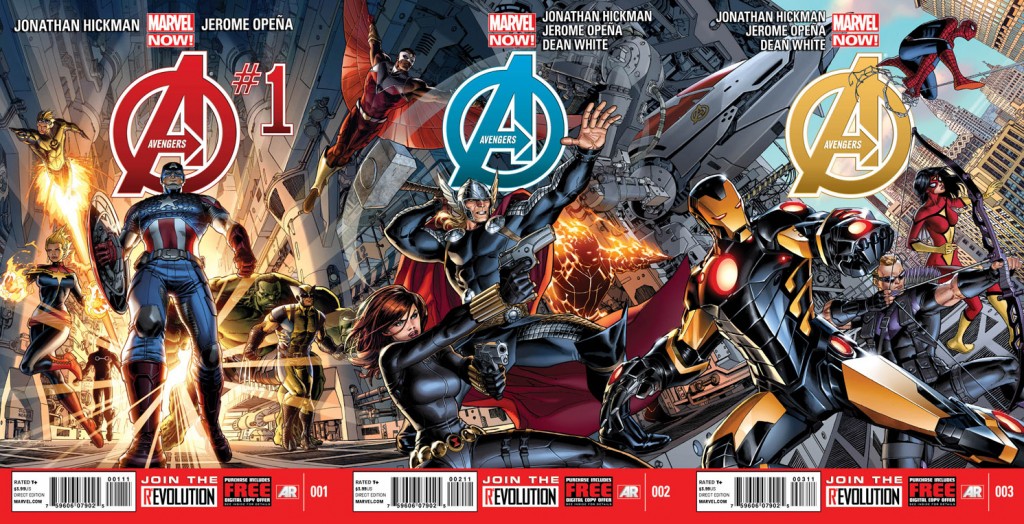