Double your fun and excitement with Action Lab with Princeless: Short Stories for Warrior Women #2, and The Order of Dagonet #2, now available for pre-order!

Princeless: Short Stories for Warrior Women is back for a second issue of great, empowering short stories for readers of all ages. Join Adrienne, Bedelia, Sparky, and all of your other favorites from this award-winning series. Featuring art from breakout indie female illustrators with stories written by Jeremy Whitley, this issue also contains a special sneak preview of Princeless: Volume Two!

And then, Jeremy Whitley and Jason Strutz return to the tale of myth and mystery with The Order of Dagonet #2!

In this issue, The mythological creatures of ancient Britain have returned, and the faerie hoards are on the warpath! Our heroes are finally back on British soil, and things are about to get really weird. Emerald and Tottington have seen the bizarre, but nothing can prepare them for the Emerald Crusade!

This issue is filled with action, mystery and wry humor as the magical world of Great Britain continues to be exposed. You don’t want to miss this!

Princeless: Short Stories for Warrior Women #2 is the second of a two-issue micro-series and is listed in this month’s issue of Previews (Diamond Order Code SEP120738), and is currently available for pre-order at your local comic retailer, and various online comic book vendors.

The Order of Dagonet #2 is also listed in this month’s issue of Previews (Diamond Order Code SEP120737), and is currently available for pre-order at your local comic retailer, or various online comic book vendors as well. 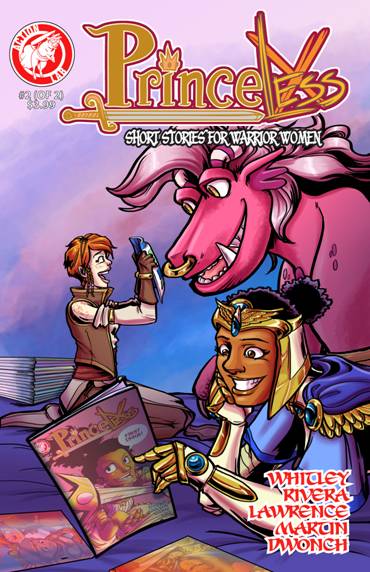 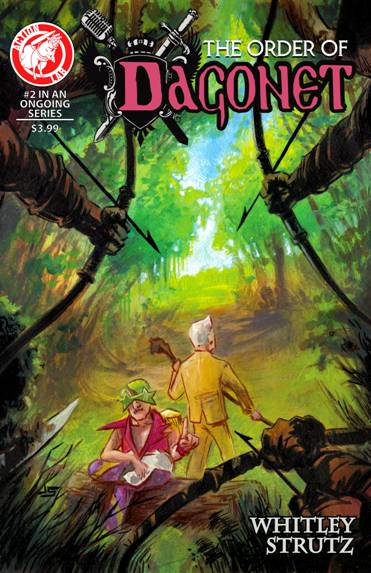 Action Lab Entertainment was founded in 2010 by a group of indie comic creators with the sole intent of publishing the most diverse, thought provoking, entertaining comics on the market.

Their first major release, FRACTURE, was released in July 2011 followed by the three-time 2012 Glyph Comics Award winning and two-time 2012 Eisner Award nominated PRINCELESS. Action Lab continues to publish genre spanning comics from the all-ages MONSTERS ARE JUST LIKE US, and mature reader books like SNOWED IN and DOUBLE JUMPERS.