When you hear “LIGHTNING” in terms of Marvel Comics, several people come to mind. Thor. Storm. Living Lightning. But, you also think THUNDERBOLTS, with their tag line, JUSTICE LIKE LIGHTNING.  Could that be what Marvel is teasing here? A new Thunderbolts? The old one did morph into DARK AVENGERS, and the old T-Bolts are being weened out of the title.  It has been said that Daniel Way will be doing a team book. It’s also been said that Punisher will be joining a team, and Dillon has a history with him. Plus, Day and Deadpool go ::ahem:: “way” back.  Thoughts?

The Future of Marvel NOW! Is Lightning. 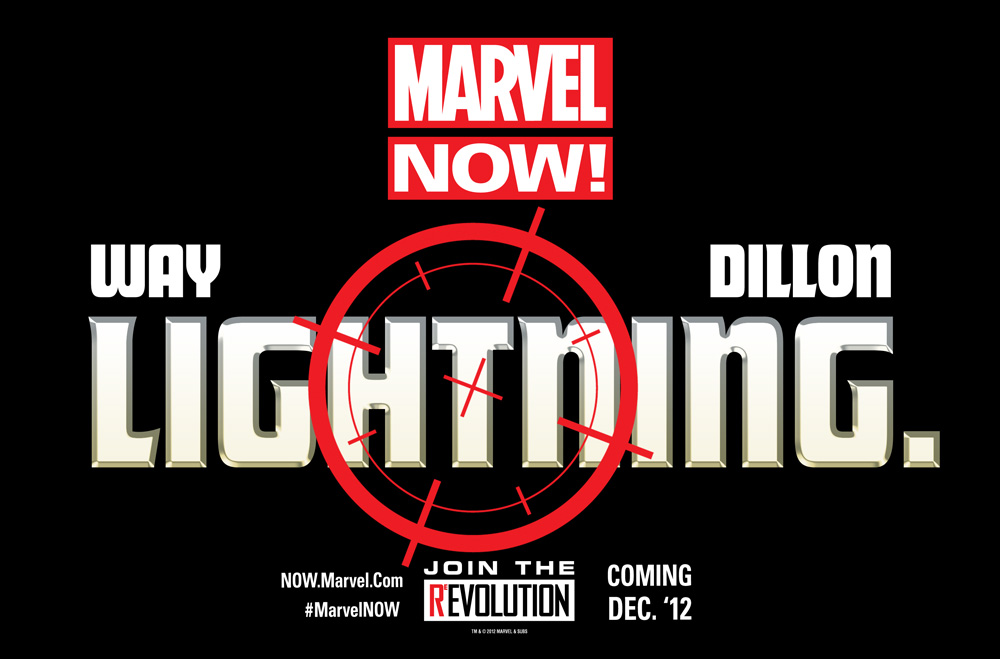