This past week saw a retelling of an origin with Flash Thompson. Sean, owner of X-Treme Comics in Boca RatonFlorida pointed out that this is an issue that many readers and fans might not have seen coming. In this issue we take the tour of duty with Flash into the war torn region of the Middle East. As with any war, tragedy will ensue as this comic so vividly details. If you click on the header here, you’ll find out exactly how things turn out for Thompson. Do not want to spoil anything right here on the front page……. 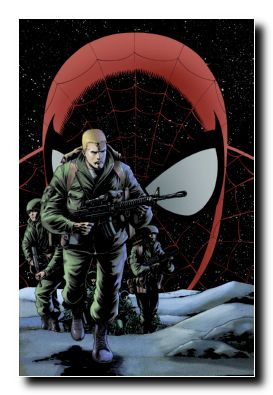 In Amazing Spider-Man # 574, while Flash Thompson fights for his country he suffers a huge emotional and physical blow. A blast changes his life forever, as he now lies in a hospital bed with no legs. The realism of the war takes a turn into the comic book world. Where will Marvel take this? X-Treme Comics does not seem worried at all actually. Sean says that Spider-Man sales for him are very healthy much to do with good storylines and good artwork. He says that with Marvel at a staggering 50 plus % of market share, they are indeed doing something right! Yes Marvel is firing on all cylinders these days.

….So do you have $225,000 laying around? Here is Flash Thompson’s First appearance which also happens to be someone else’s first too. 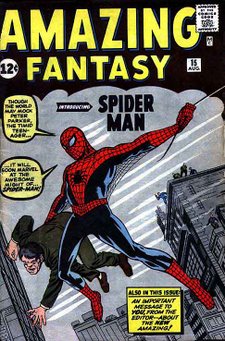