END BEGINS HERE AS ZORRO RIDES AGAIN!
April 14, 2011, Runnemede, NJ – The one and only Matt (MAGE, GRENDEL) Wagner returns to conclude his epic story of Zorro! We return to the story as Alejeandro de la Vega finds out that his son, Don Diego, is pulling double-duty as Zorro.  How will this affect Zorro’s continuing crusade against the alcalde of Los Angeles, Luis Quintero? Find out in ZORRO RIDES AGAIN #1 coming this July from Dynamite Entertainment!

“It’s a special joy for me to return to the world and adventures of America’s first costumed adventurer-the original archetype of the modern superhero-ZORRO,” says writer Matt Wagner  “As longtime readers know, we left the narrative of the previous Zorro series on a bit of a cliffhanger and now that storyline finally comes to its exciting fruition.  These next two storylines not only introduce some major new characters but also represent significant and catastrophic changes in Zorro’s world-events that cause him to call question everything he does and everything for which he stands.  There’re thrilling times ahead as ZORRO RIDES AGAIN!”

“From cover to script to everything in between, Matt has proven himself over and over again with his thrilling, pulp-y and defining take on Zorro,” says Dynamite Editor Joe Rybandt.  “We’re pairing him up for Zorro Rides Again with artist Esteve Pols, who’s kicking the dust off his boots from the Lone Ranger/Zorro cross-over. Together, they’re going to shake up Zorro’s world as you’ve never seen before.” 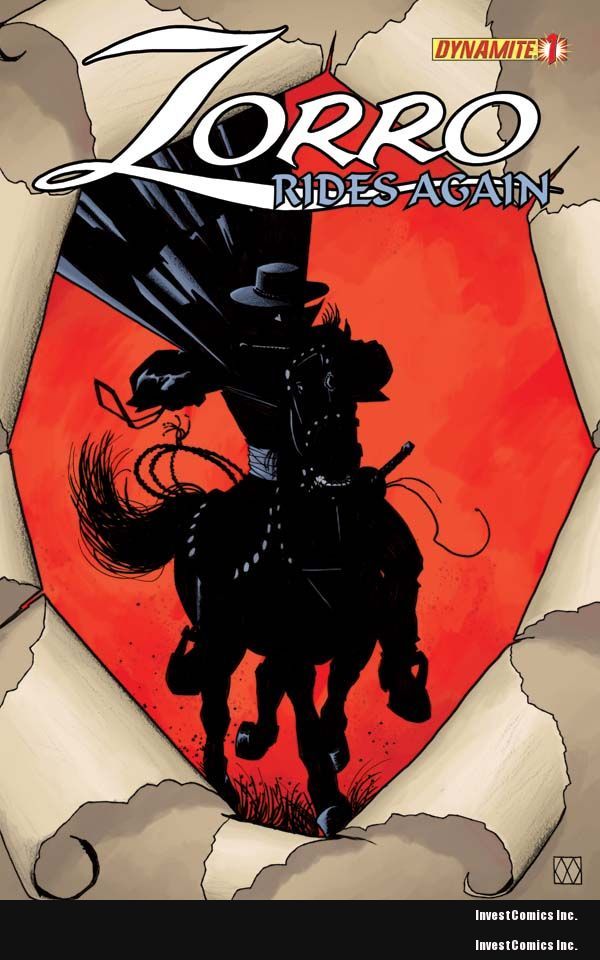