Cartoon Network’s take on the Marvel Universe just got a little weirder.

Is that Thor and the Warriors Three in a heavy metal band? 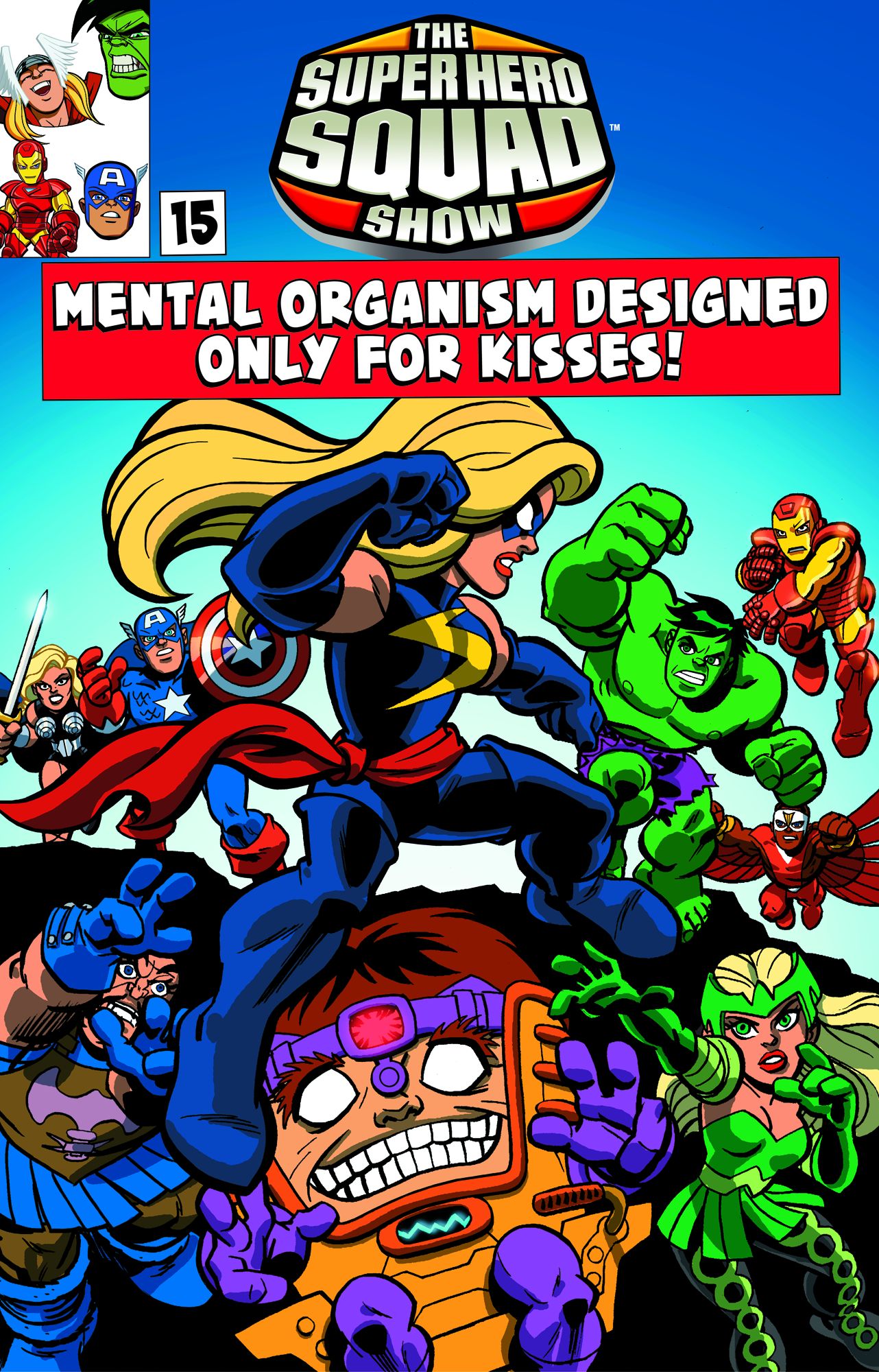 This Saturday, at 7:30 PM Eastern on Cartoon Network, it’s time for the star-studded Super Hero Squad Show to bring you the greatest love story ever told (well, maybe that’s an exaggeration)! The devious Enchantress casts a magic spell to make Thor love her, but instead Ms. Marvel falls in love with… M.O.D.O.K.! As this romance threatens to tear apart both the Squad and their enemies, Gossip Girl star Michelle Trachtenberg and Heroes star Adrian Pasdar respectively voice special guest stars Valkyrie and Hawkeye, who must help our heroes save the day! Plus, don’t miss appearances from Fin Fang Foom, Paste Pot Pete, Juggernaut, the Warriors Three and MORE! 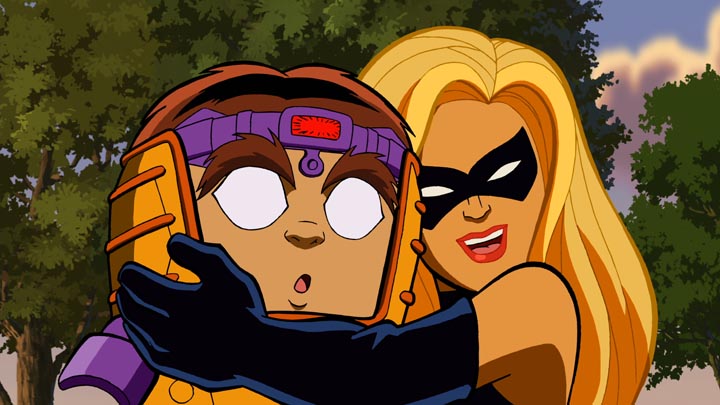 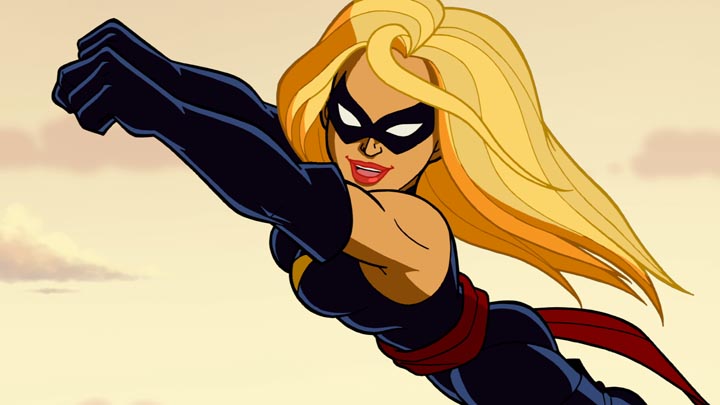 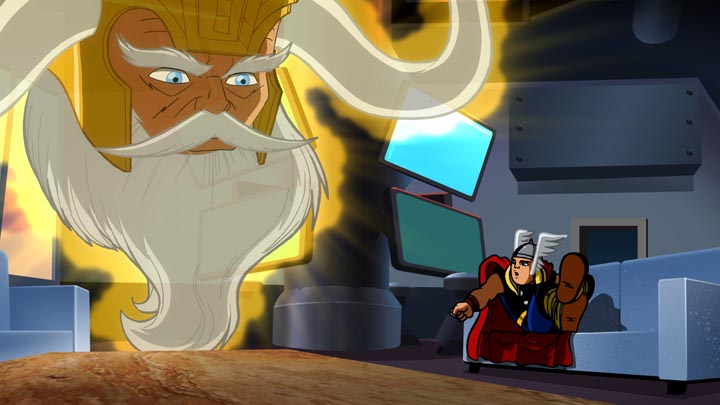 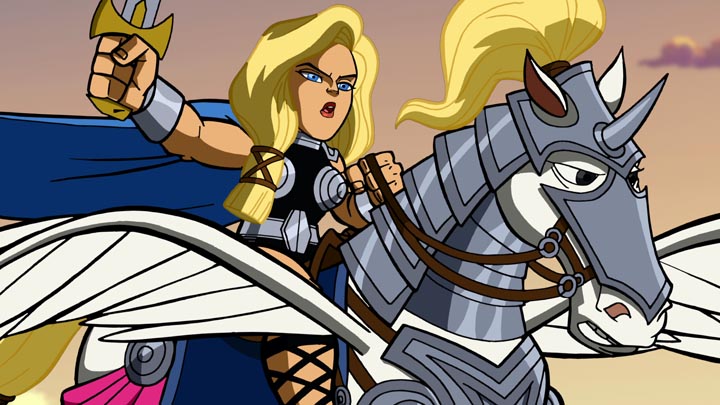 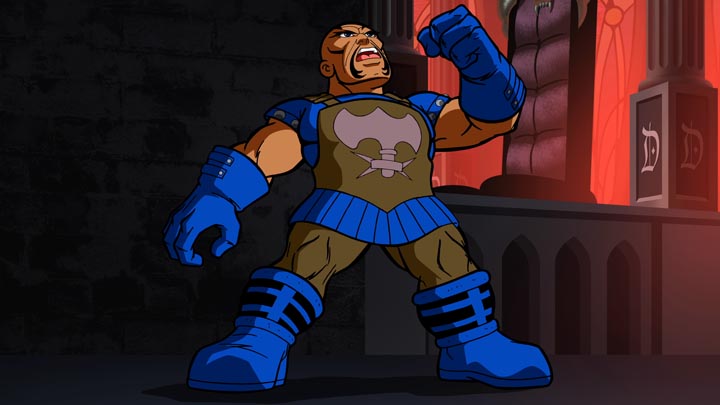 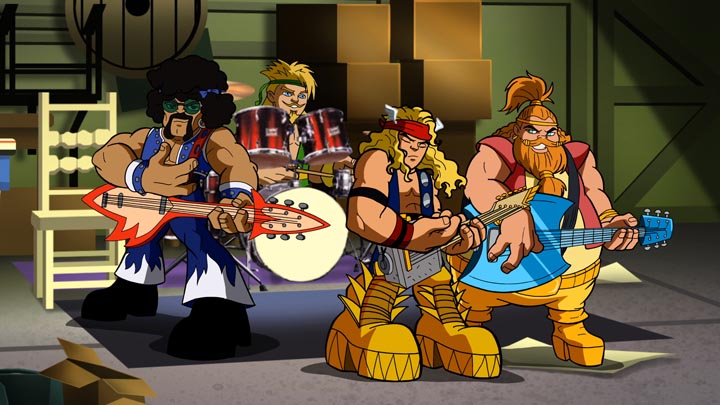 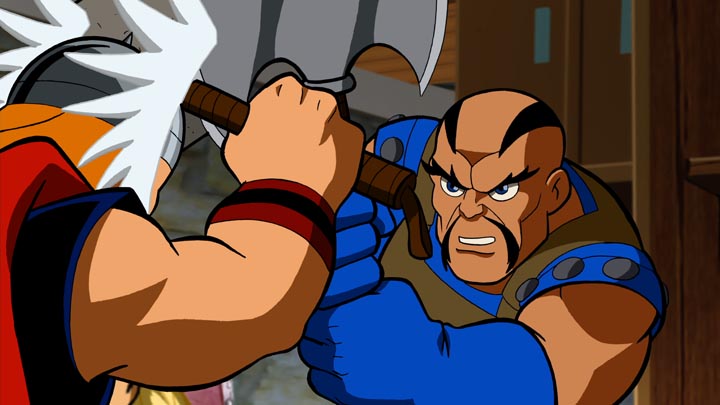 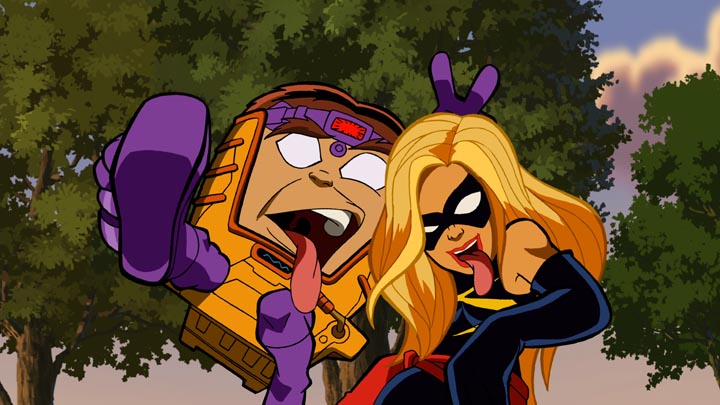