Now that Psylocke has returned to the X-Men, her mini-series is getting a lot of notice!

Marvel is pleased to announce that Psylocke #1 has sold out at Diamond (though copies may still be available at the retail level) and will return with Psylocke #1 Second Pritning Variant! The superstar team of writer Christopher Yost (X-Force) and artist Harvey Tolibao present Psylocke on the path to vengeance! After the defeat of Madelyne Pryor and her minions, Psylocke heads to Japan to return her body to its final resting place– twice as many bodies ain’t always twice as good! But the evil assassin Matsu’o and the Hand ninja clan have other plans for her! Psylocke #1 Second Pritning Variant features the interior art of Tolibao on a new wraparound cover!

“Yost has written an entertaining and fast-moving story that kept me interested for all 22 pages, and Harvey Tolibao’s art is nicely slick and interesting…” – Jason Sacks, ComicsBulletin.com

Marvel urges retailers to check their orders on Psylocke as the series continues to sell out and generate buzz! Is Psylocke skilled enough to take down Matsu’o?  Find out in Psylocke #1 Second Printing Variant! 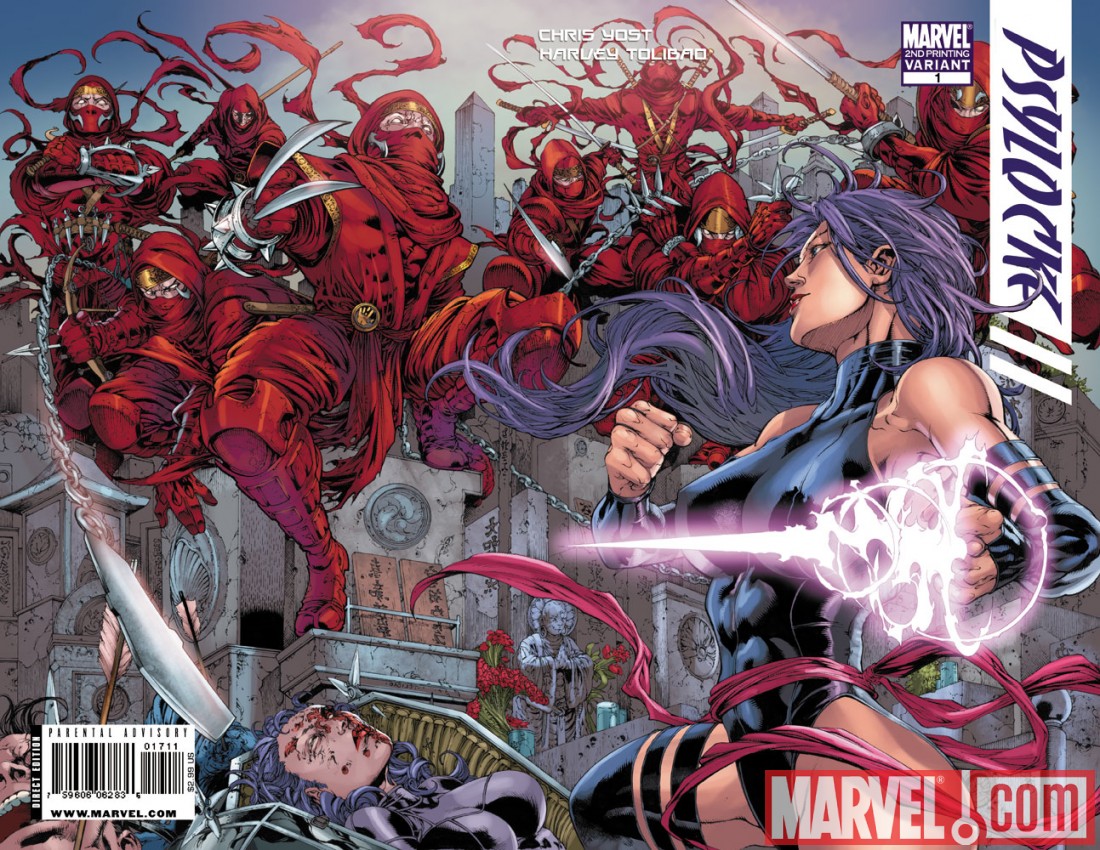