DC announces WONDER WOMAN EARTH ONE graphic novel by Grant Morrison and Yanick Paquette. Morrison has been talking about a Wonder Woman project for years now, and it looks like this is it.

“This is some of the most fun I’ve had in a long time, because it’s a completely different type of comic book,” Morrison recently teased about the upcoming book to ENTERTAINMENT WEEKLY. “Usually I don’t do masses of research, but for Wonder Woman, I’ve actually been working my way through the entire history of feminism … I want this to be really, really good, to reflect not only what women think, but what men think of women. I’m trying to do something really different from what’s been done with the character before. That one’s been amazing fun, because it’s nothing like anything I’ve ever done before.” 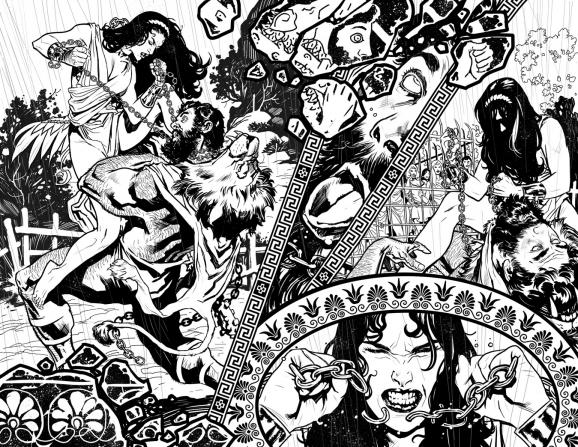