Saturday, May 4th is FREE COMIC BOOK DAY around the world, and Oni Press has two titles available from participating retailers: The Strangers & Oni Press: Rated Free for Everyone Presents The Crogan Adventures and Mermin.

The first title is the debut issue of a brand-new ongoing series by Chris Roberson, Scott Kowalchuk & Dan Jackson, called THE STRANGERS. Full of action, adventure, and strange science, it’s a new monthly that we’re so excited about that we’re giving the first issue away for free!

InvestComics own Sebastian Piccione and Shaun Sorenson reviewed THE STRANGERS #1 on our review show, FFFIC. WATCH IT HERE. 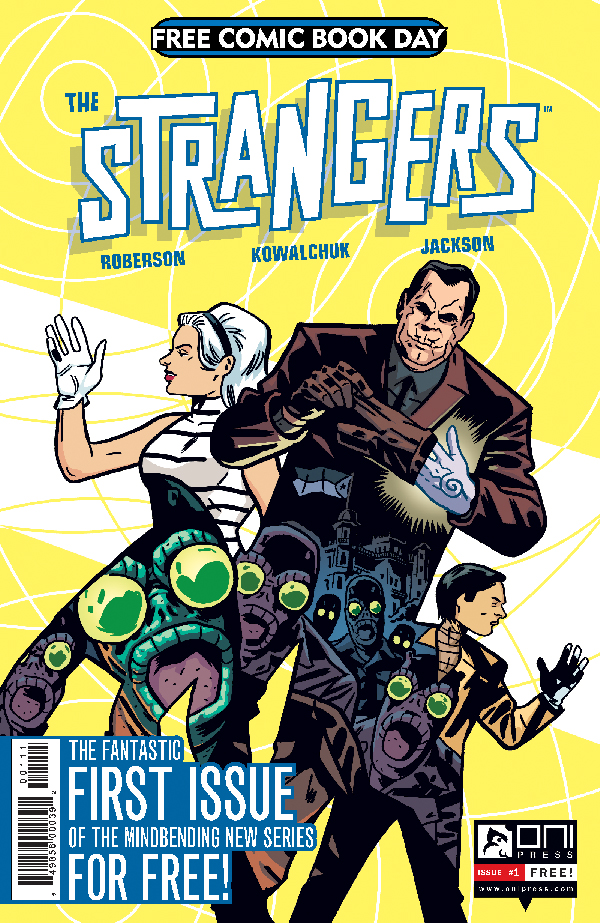 The Fate of the World is in Good Hands. Protecting the planet from the strange is what Verity, Michael, and Sandoval do best, and on the island nation of Hidalgo, things have been getting very strange indeed. The president has declared martial law, sending everyone to excavations in the jungle. But the strangest thing of all is the involvement of the mysterious organization O.C.C.U.L.T. What could they want with an island with no strategic value? It’s up to the Strangers to find out!

Meet the creators of The Strangers on Free Comic Book Day!

ONI PRESS: RATED FREE FOR EVERYONE PRESENTS THE CROGAN ADVENTURES AND MERMIN 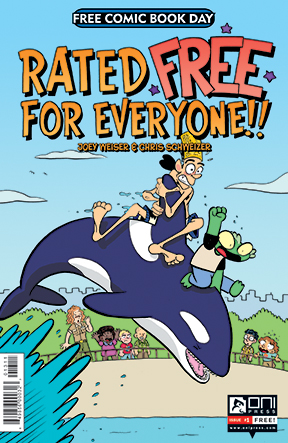 2013 Eisner nominee Chris Schweizer and Mermin creator Joey Weiser, have paired up for this all ages offering sure to delight kids and parents everywhere!

Featuring two stories by two incredibly talented creators, a new Crogan’s Adventure by Chris Schweizer, and an introduction to Mermin, a new story by Joey Weiser! In the Mermin Adventure, Mermin goes with Pete and his human classmates to the zoo. And in the Crogan’s Adventure, you’ll get an epilogue to the story of one of the brothers from Crogan’s Loyalty.

Chris Schweizer will be at Rick’s Comic City in Nashville, TN.

Joey Weiser will be at Crimnal Records in Atlanta, GA.