Oz sells out and returns for your enjoyment!  If you missed it the first time, it’s back and ready for you.

The Marvelous Land of Oz #1 Sells Out and Returns with A New Printing!

Critics and fans are raving about The Marvelous Land of Oz:

“Maybe the best ever comic book adaptation of a novel!…The best writer/artist adaptation team in the comics biz …By keeping the splendor and spectacle, cutting out the fluff (but keeping the flavor), and by giving the whole series the look of a whimsical storybook come to life, Shanower and Young made Baum’s classic seem fresh and new. – Timothy Callahan, ComicBookResources.com

"It’s an amazing packaging. You have great writing, great art, great colors…and it all captures the beauty and essence of Oz. If you read the previous series, there’s no question whether or not you should pick up The Marvelous Land of Oz.  It’s going to be a good time for everyone." – Tony Guerrero, Comicvine.com

“Marvelous carries on the excellent standard set by Wonderful.  Marvelous Wizard of Oz is easily one of the most charming, visually stunning works in the industry. Readers of all ages and tastes should once again feel free enter the world of L. Frank Baum.” – Richard George, IGN.com

Plus, be sure to pick up a copy of the Wonderful Wizard of Oz HC, collecting all eight issues of the first brilliant chapter of this beloved adaptation, ON SALE NOW! 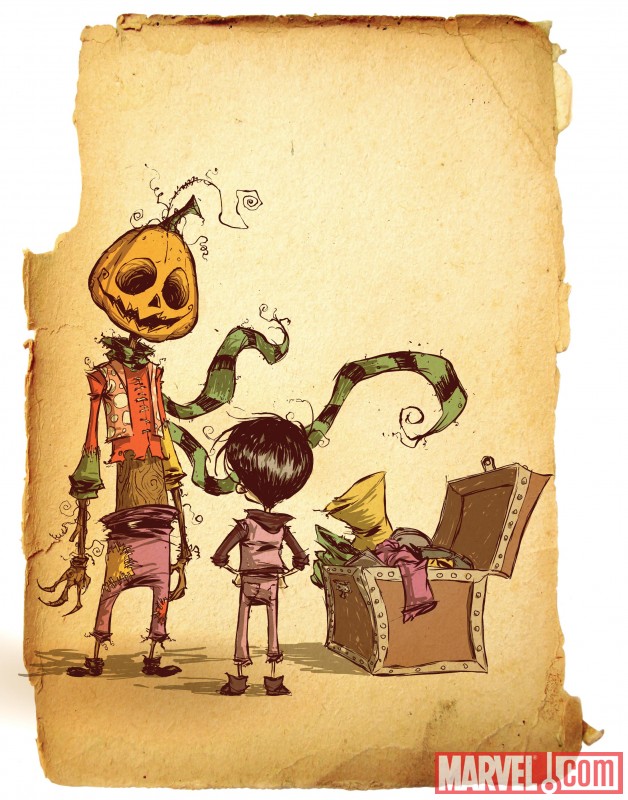