“It’s a buddy movie with yourself” -Rob Liefeld.

reports that WALKING DEAD’s Robert Kirkman and YOUNGLOOD’s Rob Liefeld are putting out a new sci-fi comic, THE INFINITE, from IMAGE.

Looks like everyone who buys EVERYTHING Robert Kirman puts out, yet bash EVERYTHING Rob Liefeld has ever done are going to have a choice to make come August.  becuase that’s when their project THE INFINITE is scheduled to hit stands.  Now, you may be thinking that between Kirkman (who’s been known to run late) and Liefeld (who has trademarked running late) that you won’t have to make the choice often, but Liefeld said on formspring that they have 4 issues turned in already.

USA TODAY describes THE INFINITE as “In the future, the world has fallen to a villain who has discovered time travel. A soldier named Bowen goes back to visit his 19-year-old self, Bo, at a turning point in his life and to persuade him and others to help defeat “The Infinite” and prevent impending doom.” With Liefeld playfully describing it as “It’s a buddy movie with yourself.”

The INFINITE will be released thorugh IMAGE’S SKYBOUND imprint. 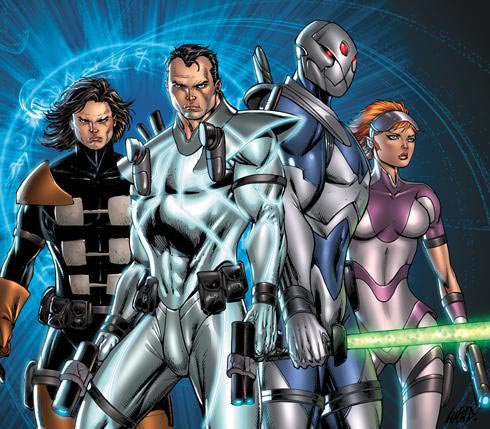