CONTINUING WHERE THE MOVIE LEFT OFF, TOTAL RECALL #1 HITS STORES THIS MAY!

The series begins with the death of the Mars mining colony chief, Cohaagen, and the creation of an atmosphere for the planet. Douglas Quaid, the undercover agent known as Hauser, and the man responsible for releasing the colony from the grips of Cohaagen, simply wants to live happily ever after with Melina the woman of his dreams.  But with Mars in chaos, new enemies invading the red planet, and a mysterious stranger in their midst, will Quaid have his happily ever after? Check out issue TOTAL RECALL #1 to find out!

“Being given the opportunity to create a sequel to one of the coolest action films of the 1990s was too great pass up,” says first time comics writer Vincent S. Moore.  “Resonating with one of the themes of the original movie, this is a dream come true and a great benefit for me.  In order to fulfill my dream, I simply had to turn around and make the happy ending for Douglas Quaid on Mars into a new nightmare and show him to be the hero once again.  It was easy and tons of fun.  I threw everything I could think at Quaid, keeping with the flavor of the movie.  I hope all of the readers enjoy the ride.  My thanks to the folks at Dynamite for giving me this chance.  And to all those fans of the original film, I hope you like what we came up with enough to give it a shot.  Just remember: get your asses to Mars!”

Total Recall is an original Sci-Fi Carolco Pictures thriller, released in 1990.  The film stars Arnold Schwarzenegger and Sharon Stone and is based on the Philip K. Dick short story “We Can Remember It for You Wholesale.” Directed by Paul Verhoeven and written by Ronald Shusett, Dan O’Bannon, Jon Povill, and Gary Goldman, TOTAL RECALL won a Special Achievement Academy Award for its visual effects. The Jerry Goldsmith soundtrack earned the BMI Film Music Award. The rights to publish a TOTAL RECALL comic book series were obtained from StudioCanal S.A. under a licensing agreement negotiated by The Licensing Group Ltd.

The story line is centered on an unsophisticated construction worker, Douglas Quaid (Schwarzenegger), and the aftermath of his visit to REKALL, a company offering vacations for the mind. The Rekall vacation triggers a mind plant in Quaid’s brain, leading him to discover that he is a freedom fighter from Mars who has been relocated to Earth. Quaid attempts to restore order, and reverse the corrupt influence of commercial powers, despite multiple challenges, not the least of which are his wife’s multiple attempts to kill him, attacks from thugs who want him dead; and his own confusion as to who he really is. Quaid conquers the corrupt hold of the Mars based mining company restoring order to the Mars community. 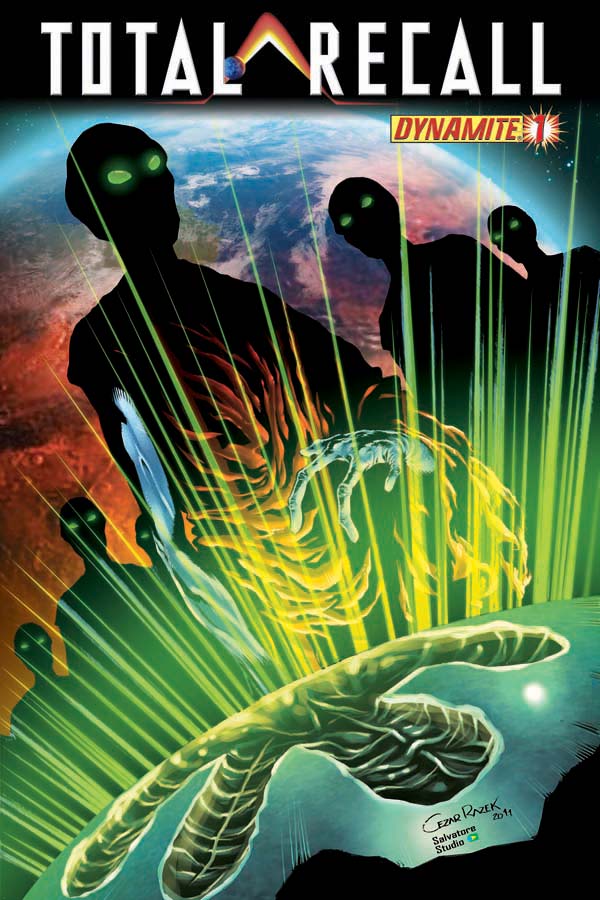 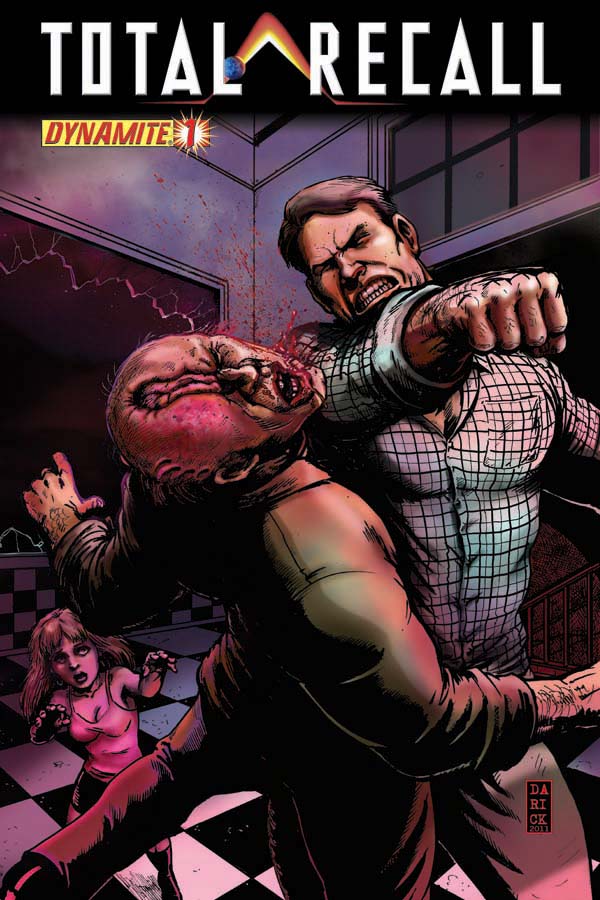 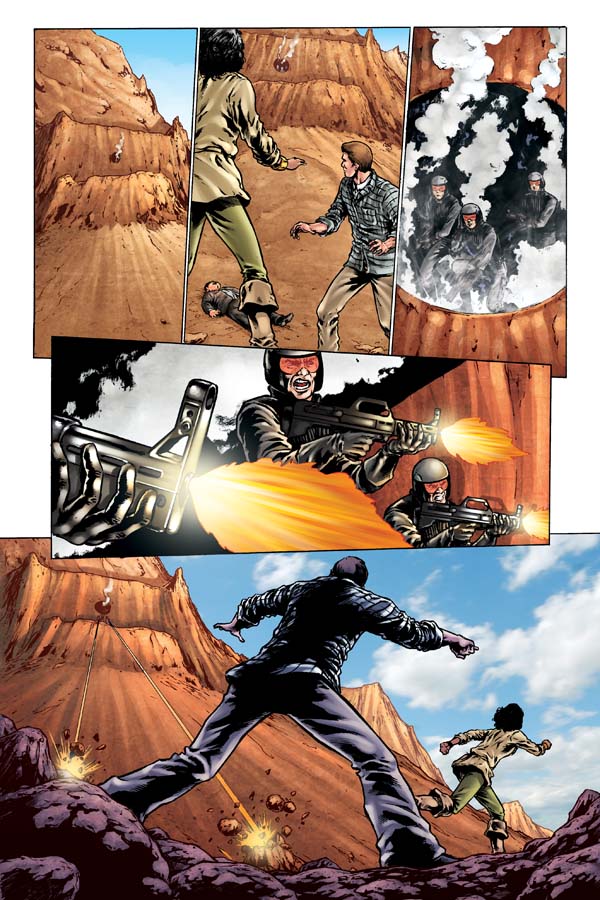 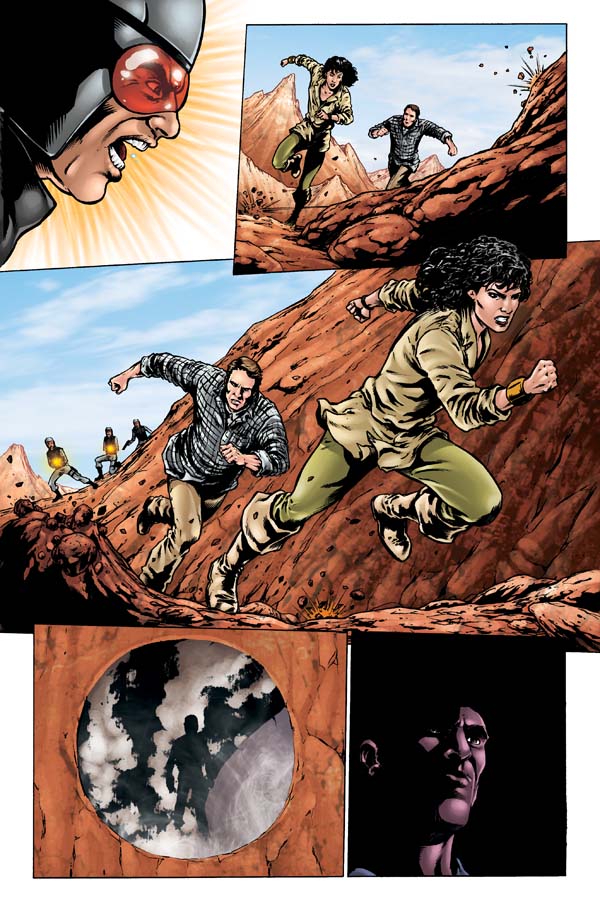 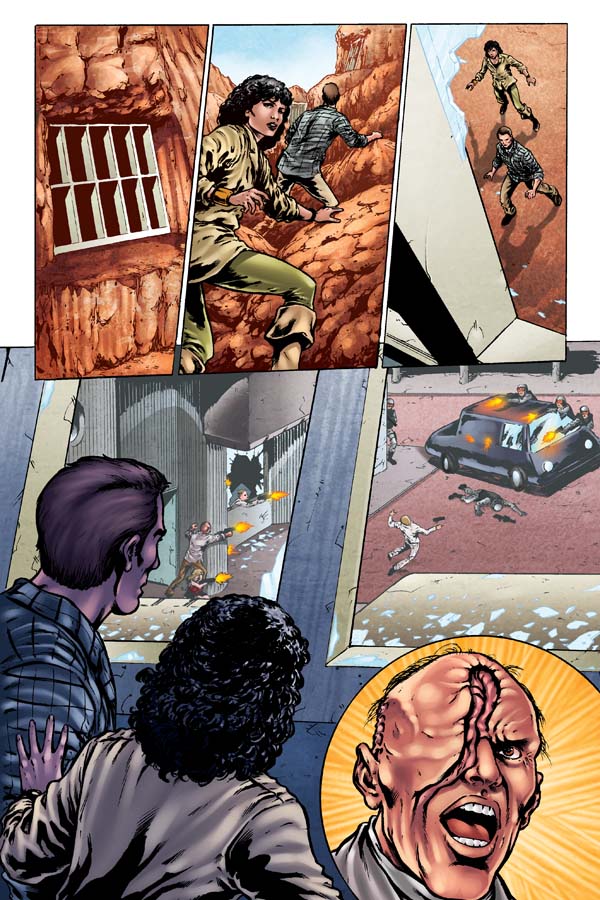