Catapulted from obscure roles and modest television credits to one of Hollywood’s reigning male “A” list stars, Ryan Reynolds is making a star turn in an upcoming Bluewater Productions biography comic book based on his life and career.

Scheduled for an May 2011 release, “Fame: Ryan Reynolds” follows the actor from his up and coming days in Canada through his 2002 breakthrough role in “National Lampoon’s Van Wilder” to his ascendancy to leading man status in such films as “The Proposal” and the upcoming  super hero blockbuster “Green Lantern.”

“Ryan Reynolds is one of those rare actors who appeals to both men and women. Women love him for his obvious good looks and charm, but his humor and action role turns is what bring in the men. It’s no wonder he’s headlining one of the hottest films of the summer,” said writer Mark Poulton. “He’s definitely proving himself to be a force at the box office.”

“Mark and Dexter have such a strong partnership going with their own book, that their cohesion gave the Reynolds book a great flow of word and art,” said Bluewater president Darren Davis.

The issue retails for $3.99. It will be available through local comic book stores and several online venues including Amazon.com and the Barnes and Noble and Borders online stores. It is scheduled to be released two weeks before the U.S. premiere of Reynold’s latest movie, “Green Lantern.”

The “Fame” series was launched earlier in 2010 as a companion piece to the successful “Female Force” and “Political Power” biography titles. The comic allows Bluewater to delve into the celebrity culture and understand how a person rises to fame, deals with the new-found celebrity and continue to produce in the public eye. That includes actors, sports figures, recording artists and royals. 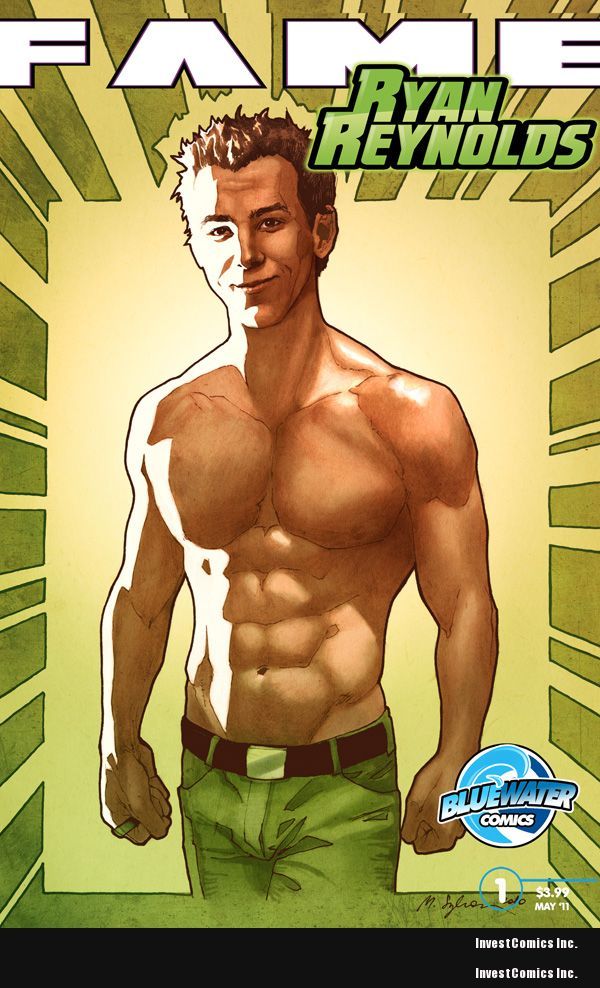