Two Marvel icons fight side-by-side once more as Captain  America becomes Captain America And Bucky #620, co-written by Eisner Award winners Ed Brubaker (Captain America) and Marc Andreyko (Batman: Streets of Gotham) with art by acclaimed illustrator Chris Samnee (Thor: The Mighty Avenger) for only $2.99! From the trenches of Nazi-occupied Europe to the halls of Avengers Tower, Bucky Barnes has seen it all! Now, learn the whole truth about this life spent in the crosshairs – and the secrets of a future primed to explode like a powder keg.

“What was Cap like in the early days, before WWII started? This is a question I’ve wanted to explore for years.  And of course, the whole series ties directly into what’s going on in Captain America and Fear Itself, and sets up future plans for [CLASSIFIED],” said Brubaker. “Getting to work with Marc and Chris, of course, is the cherry on top, since they’re both doing brilliant work here.”

Co-writer Andreyko explained, “Getting to explore unseen pieces of Bucky’s history, from WWII through today, is an absolute blast. Being able to contribute to the Captain America legacy is an honor and a privilege and I can’t wait to see the readers’ reactions!”

There’s a similar thrill for artist Chris Samnee, who revealed, “The scripts I’ve gotten from Ed and Marc so far have been outstanding.  I’m doing everything I can to live up to all the work they’re putting into these scripts and pushing myself to make these pages the absolute best work I can muster. And having Bettie Breitweiser handling colors on these issues really take my stuff to another level. She’s an amazing talent and I couldn’t be happier with the pages I’ve seen from her so far.”

Some heroes are born great and others made great. But a select few must go through hell before they discover what kind of hero they can be. Can Bucky find his place in the Marvel Universe before his past finds him first? Leap into battle with the man who would be the Winter Solder this July when Captain America And Bucky #620 opens a whole new chapter in the history of both Fighting Avengers! 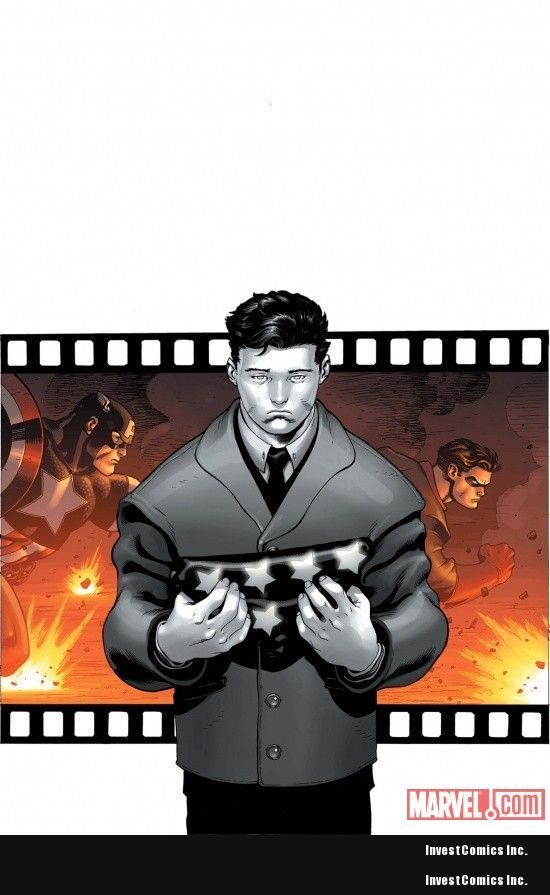 1 thought on “CAP becomes CAPTAIN AMERICA & BUCKY as of #620, from Brubaker, Andreyko, and Samnee”