Berkeley, CA – March, 10, 2011 – Image Comics has introduced a slew of recent hits with titles like CHEW, MORNING GLORIES, SKULLKICKERS and INFINITE VACATION, and now two more will swell the ranks. A second printing of Kurtis Wiebe and Scott Kowalchuk’s THE INTREPIDS and Hoang Nguyen’s CARBON GREY are both being rushed to press to satisfy retailer and reader demand.

In THE INTREPIDS, a retro-styled band of orphans have set out to correct the threat of mad scientists under the tutelage of Dante, a genius inventor. Up and coming new writer/artist team Kurtis Wiebe and Scott Kowalchuk have provided a great cast of idealistic young heroes and pit them against such unique henchmen as cyberbears and battle baboons!
“Scott and I are thrilled to hear that THE INTREPIDS has made such an impact with readers,” said Weibe. “Having the first issue sell out in one day is more than we ever expected. Thanks so much to our fans, we promise to keep THE INTREPIDS on time and packed with quality!”

CARBON GREY, meanwhile, is a richly painted steampunk/alternate history epic from rising star Hoang Nguyen and his studio, Art House Concepts. The first issue invited readers to experience the fully-realized hyper-violent world of Mitteleuropa and introduced the three beautiful, deadly sisters who protect it through expert firepower. Comic Book Resources dubbed CARBON GREY, “…aggressively ambitious and explosively successful,” which has proven very true artistically, but also in terms of initial sales.
“I’m delighted that the book has received such tremendous support,” commented Nguyen. “We all believed in CARBON GREY and having it reaffirmed by the audience just lifted us to another level.”

“New ideas are our stock-in-trade here at Image and we’ve been unleashing a flurry of them since the beginning of this year,” added Image Publisher Eric Stephenson. “Both THE INTREPIDS and CARBON GREY are books we picked up during convention season last year, at Emerald City and Wondercon, respectively, and it’s really gratifying not only to have them out, but to see such a positive reception for them, in just under a year.” 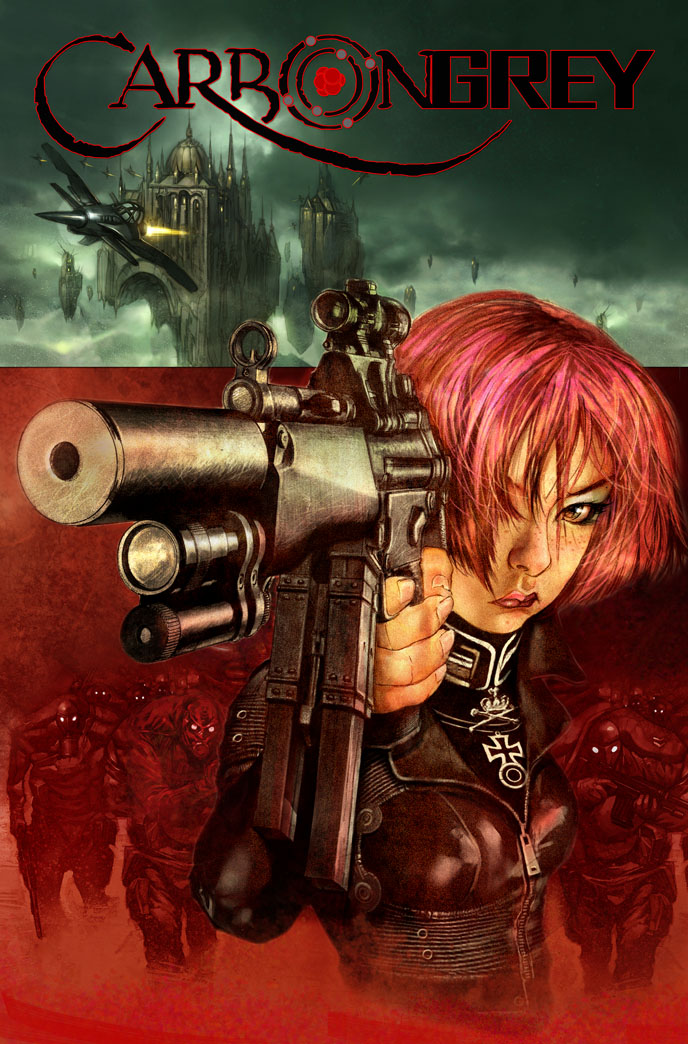