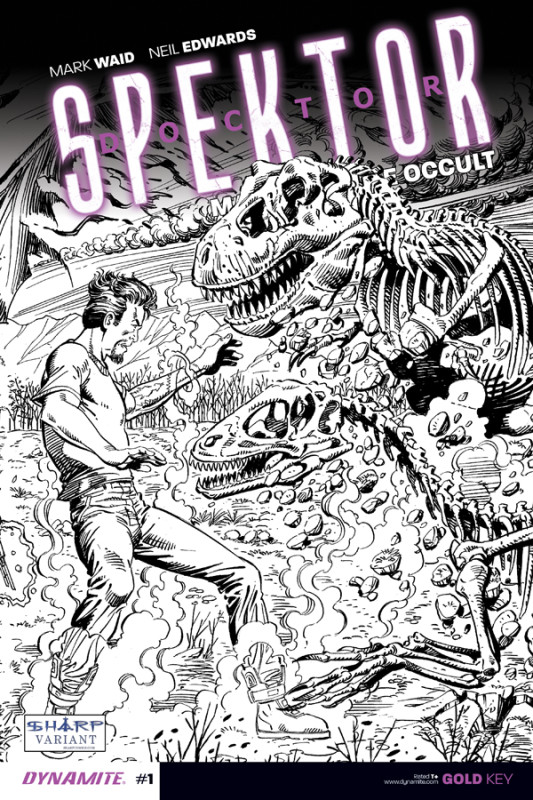 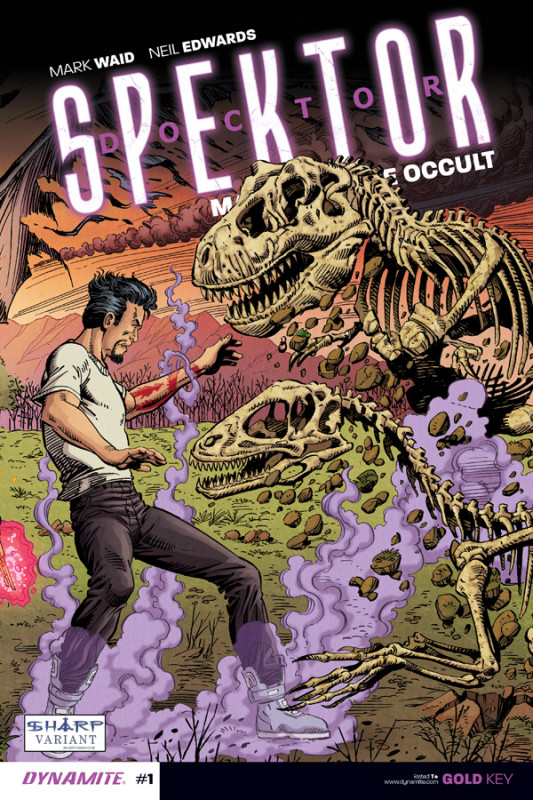 Hot on the heels of Dynamite Entertainment’s new incarnation of the Gold Key titles Turok Dinosaur Hunter, Magnus Robot Fighter, and Solar Man of the Atom with SharpComics.com releasing the fourth and final issue in their series of interlocking covers for the classic reboot of the characters.

The covers were designed, penciled, and inked by veteran Iron Man artist and former Valiant editor-in-chief Bob Layton and colored by Mike Cavallaro. The Sharp Variant editions have extremely limited print runs, with only 400 copies of the color variants and 100 B&W sketch variants per issue. Turok, Magnus, and Solar were made available for sale exclusively at C2E2 in April at the SharpComics booth. Limited quanities of these issues are still available for purchase through Ebay ID: sharp comics. Individual copies of the Dr. Spektor #1 color  variants will be available for $19.95 each. Sketch variants of each cover will be available for $49.95.  Both of the Sharp Variant editions will be on-sale on May 28th, 2014.

At C2E2 this year, SharpComics.com offered all convention attendees the opportunity to not only purchase these rare variants, but also the chance to win an iPad mini. Customers who purchased a color set of Turok Dinosaur Hunter, Magnus Robot Fighter, and Solar Man of the Atom were entered into a drawing with cover artist Bob Layton picking the winner. Congratulations to comic fan Neal Heatherly who won the iPad Mini at C2E2!

“We were very pleased to have worked with Bob and Mike on this project and the result was one we won’t soon forget,” said Brad Foster of SharpComics.com.

SharpComics will be offering the Dr. Spektor #1 Sharp Variant edition and the limited remaining editions of Turok Dinosaur Hunter, Magnus Robot Fighter, and Solar Man of the Atom online. 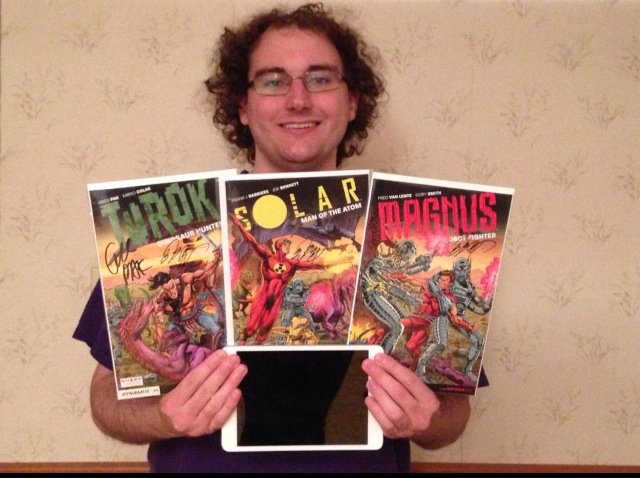