*From our friends at Sharp Comics*

“We wanted to do something really special for the relaunch, so we suggested to Bob the concept of creating four interlocking covers. The covers can be viewed individually or as one continuous image. Bob loved the idea and ran with it! The end result is a “battle royal” of heroes vs robots and dinos”, said Brad Foster of SharpComics.com. 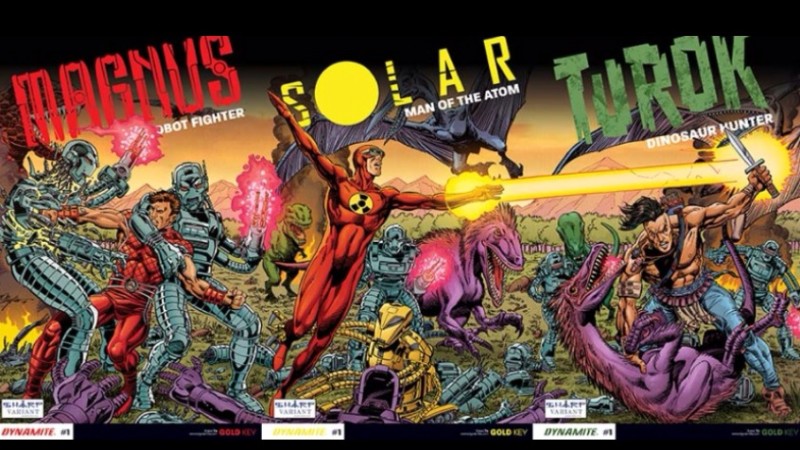 The Sharp Variant editions feature an extremely limited print run, with only 400 color variants and 100 sketch variants per #1 issue. Turok, Magnus, and Solar will be made available for sale exclusively at C2E2 in April at the SharpComics booth, while Dr. Spektor will be available exclusively online in May.

“I had the privilege, during my stint as Senior Vice President and Editor-In-Chief of Valiant, to have a hand in forging the legacy of the Gold Key characters. Recently, when Dynamite asked me to contribute new cover material to their revival of those characters, I jumped at the chance. Then, the good folks at SharpComics came up with a challenging idea of interlocking variant covers for all four titles and asked me to create something special for their upcoming limited editions. I’ve never been one to shy away from a challenge and did my best to do justice to their concept and to those Gold Key characters that I’ve grown to love over the decades”, said Bob Layton. 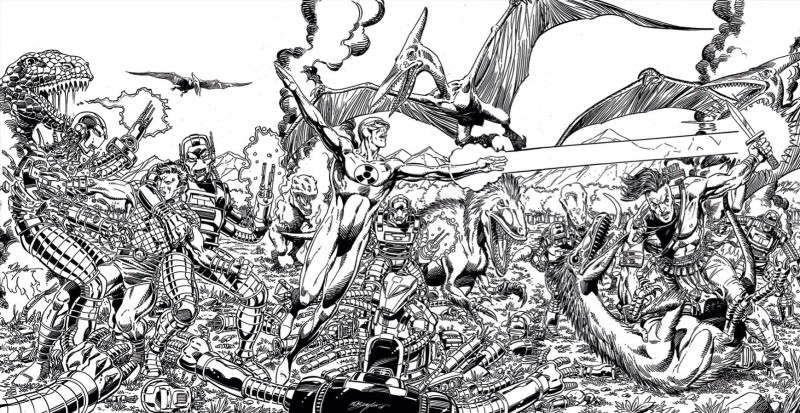 If that wasn’t enough to get your attention, as an added bonus for those attending C2E2 noted comic artist Bob Layton will be signing at the SharpComics.com booth on Sunday April 27th from 10-11AM for a donation to the Hero Initiative. Bob will also be drawing the winning ticket from the variant set drawing for the free iPad mini.