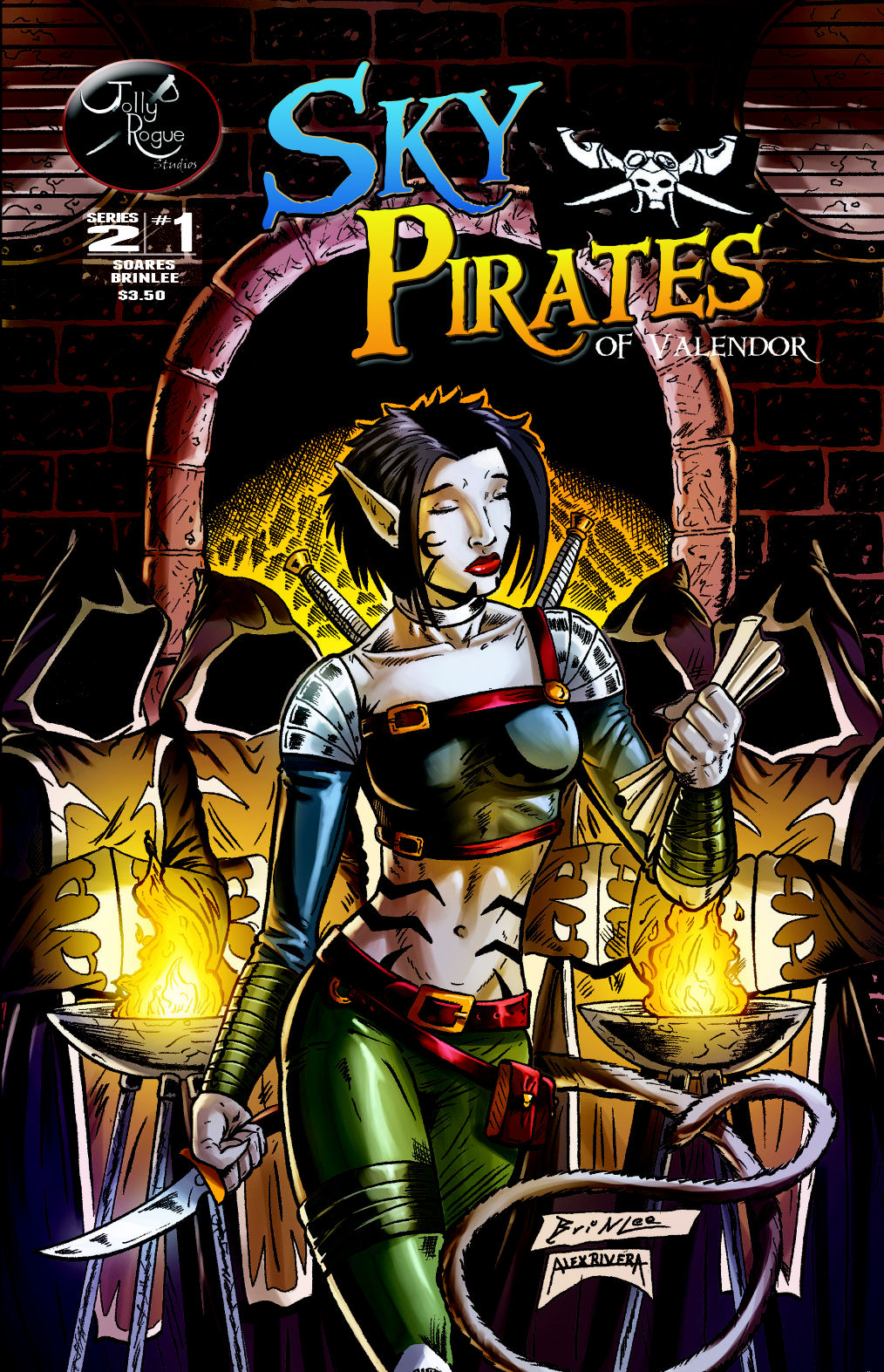 As Uncle Ben wisely once said “With great power comes great responsibility,” Soares has made some big decisions in a short amount of time. Among them, Sky Pirates of Valendor will be simultaneously released digitally as well as print. The release event, timed with the studio’s first convention appearance of 2011, will take at Arisia, a Boston-based science fiction convention. The digital release will occur on drivethrucomics.com. Additionally, mobile device users will be able to download upcoming issues of Sky Pirates of Valendor very soon. The creative studio turned publisher is currently in the contract-signing stage with two different vendors, with announcements coming shortly.

Back in 2007, Soares was faced with one of the biggest decisions of his life. Having spent the previous 5 months engrossed in an intense competition for comic book creators, Soares finished Small Press Idol in 2nd place, just a few votes shy of a 4-issue contract with Dimestore Productions. Where would Soares take the series now?

For the sake of the series, Soares did not wait very long to answer that question. With Brian Brinlee as penciler, Michael W. Kellar as inker and Jet Amago as toner, Soares received the opportunity most creators dream of – Sky Pirates of Valendor would be published by Free Lunch Comics. Three years later and a full miniseries of Sky Pirates completed, Soares faced another major and life-altering decision. Free Lunch Comics informed Soares they would not be extending their publishing contract for another miniseries. After briefly considering the option of finding another publisher, Soares along with his creative team, now consisting of Alex Rivera as inker, made the decision and commitment to publish Sky Pirates of Valendor under the studio name created back in 2007.