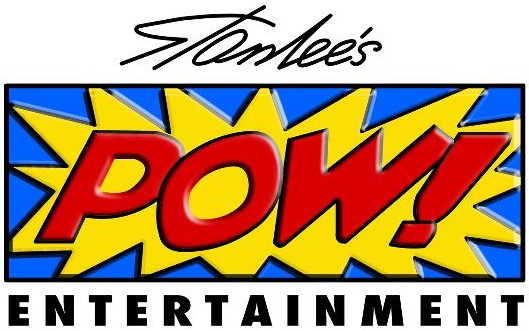 WHAT: 2,428th Star on the Hollywood Walk of Fame in the Category of Motion Pictures

WHERE: 7072 Hollywood Boulevard in front of the Live Nation Building

Stan Lee was born December 28, 1922 in New York City. He began his career as an assistant at Timely Comics in 1939, getting lunch, filling inkwells, proofreading, etc. Two years later, he was named interim editor at Timely after editor Joe Simon and his creative partner Jack Kirby left.

Known to millions as the man whose Super Heroes propelled Marvel Comics to its preeminent position in the comic book industry, Stan Lee’s famous co-creations include Spider-Man, , , The Fantastic Four, , , The Avengers, Silver Surfer and Dr. Strange among many others. Lee first became publisher of Marvel Comics in 1972 and is presently the Chairman Emeritus of Marvel Enterprises, Inc. and a member of the Editorial Board of Marvel Comics. In 1977, he introduced Spider-Man as a syndicated newspaper strip that went on to become the most successful of all syndicated adventure strips. Spider-Man now appears in more than hundreds of newspapers worldwide — making it the longest running of all Super Hero strips.

Without question, Stan ‘the Man’ Lee has exerted more influence over the comic book industry than anyone in history. He created or co-created 90 percent of Marvel’s recognized characters, which have been successfully licensed and marketed since 1965. The numbers are staggering — more than 2 billion of his comic books have been published in 75 countries and in 25 languages. In Europe alone, Stan Lee’s name appears on more than 35 million comics annually.

In 1981 Stan Lee transformed his Spider-Man and Hulk creations into Saturday morning and syndicated television cartoons. When Marvel Comics and Marvel Productions were acquired by New World in 1986, Stan’s horizons expanded even further, giving him the opportunity to become more deeply involved in the creation and development of filmed projects for both the big and small screen. He supervised such diverse animated series as , Spider-Man and The Hulk. To date, Stan’s characters have populated over 24 separate television series, all of which continue in syndication around the world.

Stan Lee’s admirers are not limited to the younger generation — his avowed fans include Presidents ( once said he started every day reading Spider-Man comics and George Bush, in presenting Stan with a Medal of the Arts, praised him for encouraging and assisting “millions of young people to broaden their own imaginations”) and media titans ( once explained that “Stan and I do the same thing. Only my pictures move.”) and even his competitors (“Most of my generation of writers learned our craft from or through Stan Lee. He’s an incredible part of the business,” said Paul Levitz of DC Comics).

Now, as he enters the 21st Century, Stan Lee is broadening his horizons with his new company, “POW! ” where he is currently developing entirely new franchises for film and television while still proudly cherishing the title of Marvel’s Chairman Emeritus. Stan Lee is the Founder of POW! and has served as its Chairman and Chief Creative Officer since inception.

Lee’s POW! has many projects in the pipeline. They include:

4) TV
a) Three TV series in various stages of development

5) Also, 10-15 other projects in various stage of development