Article by comic book historian Terry Hoknes of www.HoknesComics.com – hoknes@hotmail.com
Support new comics !
This column is here to help promote brand new comic book series.
Pictured are the 3 new series that are selling out the fastest at Diamond ! 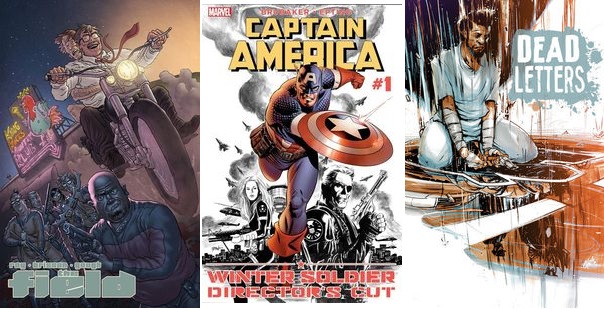 This weekly article shows how popular the titles are and how close they are to selling out at Diamond.

This will give retailers and collectors a heads up with a reminder of books you want to make sure you get immediately!!
Sometimes books don’t sell out immediately so its worth taking a look back at series that came out in the past few months !
Comics can sell out very quickly so some titles on this list will be more valuable instantly the day of release !
Keep in mind that with 1500 comic stores if even just 20% of stores re-ordered just 1 copy each that would be 300 more copies sold instantly so a book can easily sell out within minutes if the book gets some buzz and/or good response from readers!

So many comics on the list that still have copies left are going to eventually all sell out.
Diamond data of copies still available listed below compiled 2 days BEFORE release date!
NEW COMICS RELEASES
PUBLISHER
TITLE, ISSUE NUMBER, PRICE IN U.S. DOLLARS (“AR” means “ask your retailer for the price” as its a limited variant)

I am always happy to hear your comments and thoughts/criticisms on any of my posts.
www.HoknesComics.com – carries all these new comics in stock !!