New York , NY – February 9, 2011— There is no more Fantastic Four, so just what is the FF? This March, the superstar creative team of Jonathan Hickman and Steve Epting present the over-sized FF #1, introducing the biggest new super hero team of the century! After the death of the Human Torch, the surviving members of the Fantastic Four—Mr. Fantastic, Invisible Woman & Thing—join with Spider-Man and some top secret members to form an unstoppable force: The Future Foundation. Their mission is simple: save the Marvel Universe from its greatest threats and prevent future dangers from arising. But even with knowledge of what’s to come and one of the most powerful teams ever assembled, just what villainous force could stand in their way?

“FF will alter the very fabric of the Marvel Universe,” explained Tom Brevoort, Senior Vice President of Publishing. “Jonathan and Steve have crafted a unique, powerful new series that’s going to surprise a lot of fans with its combination of mind-blowing ideas and visuals.”

The perfect jumping on point for new readers, FF #1 begins a battle for the future of the Marvel Universe unlike anything you’ve ever seen before and no fan can afford to miss it! 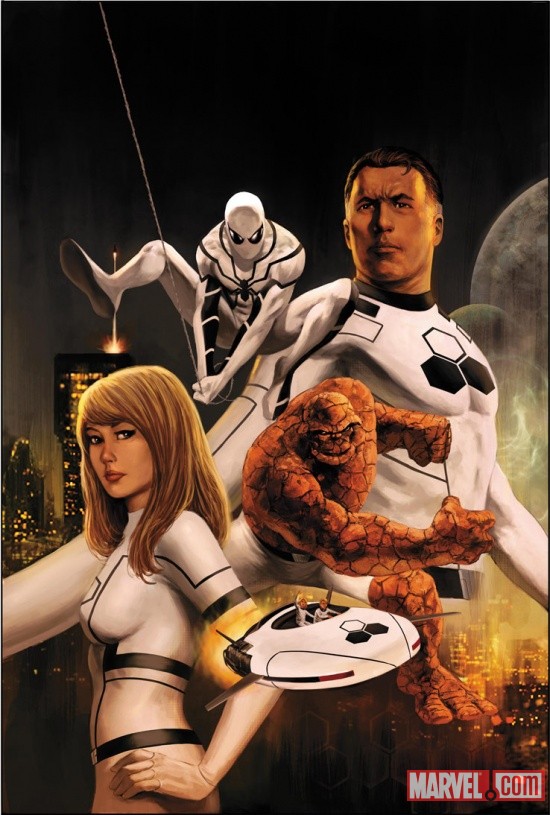 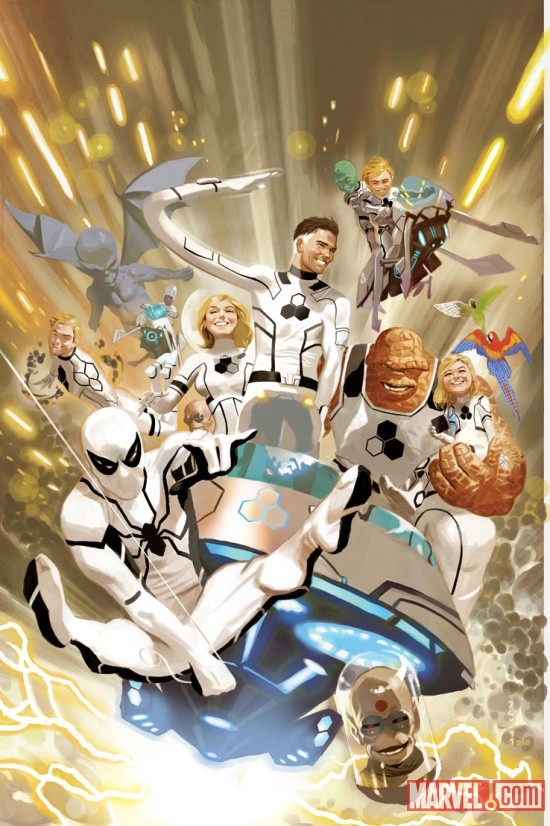 Pencils and Cover by STEVE EPTING