Marvel is releasing their Holidays Specials digitally through their online comics service.

First up on the list?  Stan Lee writing a very special Fantastic Four Christmas event that you’ll be telling your grandkids about!

Yeah, that’s the kind of think Stan "the man" Lee would say. 😉

The Thing teaches the rest of Marvel’s First Family all about Chanukah, and in turn, they impart some lessons of their own on some would-be street toughs. All this plus an art cameo by Lee’s FF co-creator Jack Kirby in a one-of-a-kind story that should not be missed!

A four-part extravaganza, the 2009 Marvel Digital Holiday Special rolls on next week as December 16 brings Deadpool to the North Pole in Merry Freakin’ Christmas; December 23  features the X-Men in X-Mas; and finally the Marvel Divas turn up the Holiday Heat on December 29!

Subscribers, read it now at: http://marvel.com/digitalcomics/titles/marvel_digital_holiday_special.2008.2

Come light the candles, trim the tree and enjoy this joyous time of year with the 2009 MARVEL DIGITAL HOLIDAY SPECIAL only on Marvel Digital Comics Unlimited! Not a member? Join now: http://marvel.com/digitalcomics/hq 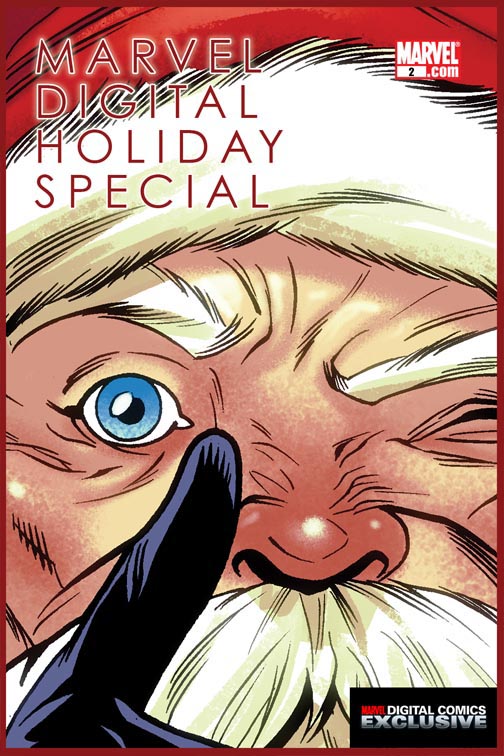 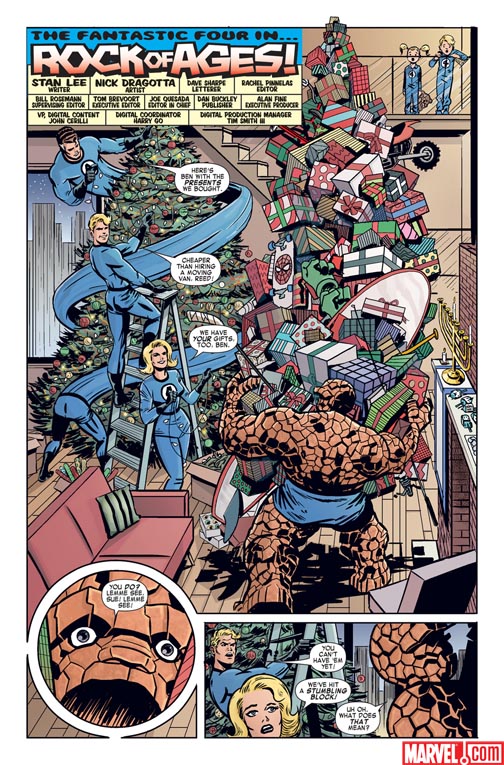 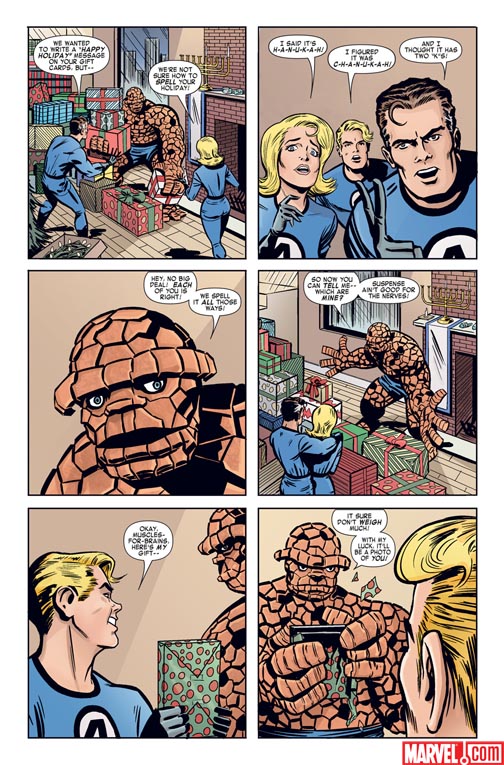