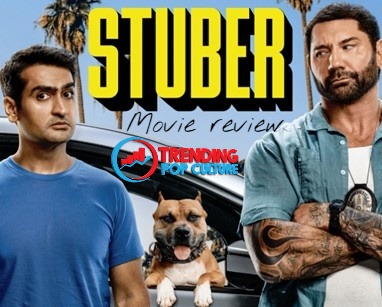 
What is it about? A mild-mannered Uber driver named Stu picks up a grizzled detective who is hot on the trail of a sadistic, bloodthirsty terrorist and finds himself thrust into a harrowing ordeal where he has to keep his wits, himself unharmed, and work with his passenger while maintaining his high-class rating.

Review:  Let’s just start by saying there were real Laugh Out Loud moments with this film. The best comedy movie of 2019 thus far. An absolute hysterical team up of Vic; David Bautista and Stu; Kumail Nanjiani. Seeing the trailers, this reviewer was not that convinced this team could pull off the laughs in the manner they achieved. By the graces of the movie trailer Gods, there was scene after scene in which the audience had not seen while watching their favorite television show or sporting event at home. Maybe because the vulgarity or swear words being slung around? No matter, this film rocked.

David Bautista proved his comedy worth tenfold here. Yes, his character; Drax, from the Guardians of the Galaxy films have their moments of hilarity, but his character in this movie has moment after moment. Mr. Bautista, hats off to you sir. You’re a funny guy. Not to be outdone, Kumail Nanjiani is absolutely superb in every single facet of this film. His raw emotion shines when called upon and his comedic style is on-point. Dare this reviewer say, he was actually funnier than his counterpart in this film.
Some typical Hollywood cop story within the guts of the plot, but if you’re on board for a fun, entertaining, rollercoaster-uber ride of a film, you’re not going to give one iota about any plots you may have seen before or predictability, because you’ll be laughing too much. There isn’t a moment I could think of where the director/writer could have sneaked in a funny scene or line. A missed opportunity does not exist throughout, and viewers should feel fulfilled leaving the theater. The screenplay dialog was delivered with such clarity from David and Kumail.
The scenes of clarity hit hard as the comedy aspect goes on a very brief hiatus at some points. The action/comedy quickly hits its torrid pace again and viewers are left either in stitches or in “fun action mode”.
Each player had their moment in the film, but played mostly second fiddle to the two main characters. One standout character had their shine moment and it turned out to be one of the funniest parts of the movie. Actor Steve Howey, playing Felix the stripper, had this reviewer laughing out loud alongside the entire theater. Scene gold for Mr. Howey here. Movie goers need to see more of this Reba television show actor in films. If you’ve seen “Van” on the Reba show, you’d know he stole many moments there too. The only drawback to Felix the stripper is that he only appears in one scene.
All of this talk about how much fun this film is and no mention of a villain yet. Well, Teijo, played by Iko Uwais, doesn’t equate to much of a villain to understand or even care less about. It’s almost as though the makers of the film knew they had comedic gold and did not want to disturb the groove. Which is an intelligent play on their part. Not saying Iko Uwais did not deliver on his part, he did, just not enough substance to care about the character. This does not and will not deter any points (rating). On the complete opposite side of the spectrum, Vic’s daughter, Nicole, played by Natalie Morales, found her place in shorter scenes to give the audience a definitive mark on their emotional state about the character. It totally worked. Richie, Stu’s boss at his sporting goods day job, is played by Jimmy Tatro. A very welcomed addition to the few scenes he plays in. Actress Mira Sorvino plays Captain McHenry. Mira’s character falls into the category of not caring too much about, but follow anyway because the film is so amazingly entertaining. Becca, Stu’s love interest played by Betty Gilpin is a well done backdrop for the better understanding of Stu’s character.
This film is not for children. Although rated R, some movie goers may think it’s alright to take their younger ones to see the former WWE star in a funny film. Highly recommend not to do this. Too much salty language and sexual innuendo’s. This may make for uncomfortable moments.
this reviewer cannot say enough about how enjoyable this film was. I have not laughed this much in one sitting for a movie in a while. Do yourself a favor, grab a family member, your significant other, anyone and see this movie. It’s wonderfully entertaining.

TPC Rating: 5 Trending Arrows up (out of 5) from Trending Pop Culture. 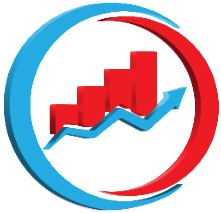