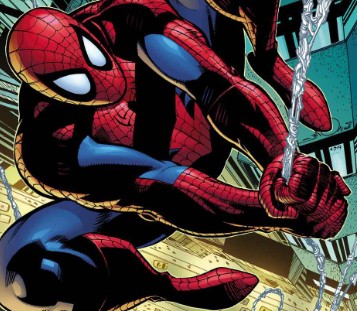 SINCE 2005. Here are this week’s top trending comic books and new items headed your way this Wednesday 7-10-19
Click on the RED links, Images or the comic cover to buy/bid from All available sellers on Ebay
Please note: New comic book releases and all items are subject to change

Second Coming #1 – You’re not having deja-vu. If you remember seeing this comic title before, you have. Back a little ways ago, Image Comics pulled the plug on this “controversial” subject matter comic book. Now Ahoy Comics has scooped it up and also thanks DC Comics immensely for the free marketing. The creative team; writer Mark Russell and artist Richard Pace. Earth’s mightiest hero, Sunstar, is forced by God to become roommates with Jesus to teach him how to maximize his powers to their full extent. Doesn’t sound too bad. Regardless, don’t like the subject matter, don’t buy it. Don’t like Howard Stern, don’t listen. Simplicity at its finest.
Superman #13 – DC Comics promises fans will be talking about the last page. Writer Brian Michael Bendis is really making his mark with the Superman character. Ivan Reis and Joe Prado are on art duties.
The Amazing Spider-Man #25 – it’s the issue many Spidey fans and comic collectors have been waiting for. An over-sized comic featuring the reveal(?) of the “bandage man/woman”. Creators; Nick Spencer, Kev Walker and Ryan Ottley. This comic also features the first appearance of internet mogul Keaton Patti by Dan Hipp.
Giant Sized X-Statix #1 – The original creators that brought fans U-Go Girl to life (first appearance) back in 2001’s X-Force #116, Peter Milligan and Michael Allred bring the debut of the new U-Go Girl. By our math, that’s 18 years to bring back the original band to change things up on a character they created. That’s awesome.

Miles Morales Spider-Man #8 – Be on the lookout for a possible first appearance. Creators; Saladin Ahmed and Javier Garron.
Invisible Woman #1 – Wouldn’t it funny if Marvel Comics sealed this debut issue in a polybag, but the whole issue was blank pages? We don’t that would ever happen, just a silly thought. Writer Mark Waid and artist Mattia De Lulis deliver the first limited series for Sue Richards, ever.
Thor #15 – Marvel won’t show the cover to this one. Shhh…it’s classified. As of Wednesday, it won’t be classified anymore. So, Marvel will test our patience. Is it Wednesday yet? Writer Jason Aaron and artist Michael Del Mundo.
Batman #74 – All of the therapy in the world cannot help Bruce with his daddy issues. So, let’s throw-down! Ding-Ding! It’s Bruce Wayne vs Thomas Wayne. Who will be Batman? Tom King and Mikel Janin.
Wolverine And Captain America Weapon Plus #1 – Look for this series to MAYBE make a revelation or an introduction of some sort, causing it to trend in the aftermarket quite hard. Writer Ethan Sacks and artist Diogenes Neves.


JUMANJI: THE NEXT LEVEL – Official Trailer