As  the investcomics president pointed out this past weekend, it looks like Preacher has been optioned by AMC.  That’s good news for fans of a series many  hold in high regard. Complete runs of the series and minis always sell high.  Look for these along with others from DC 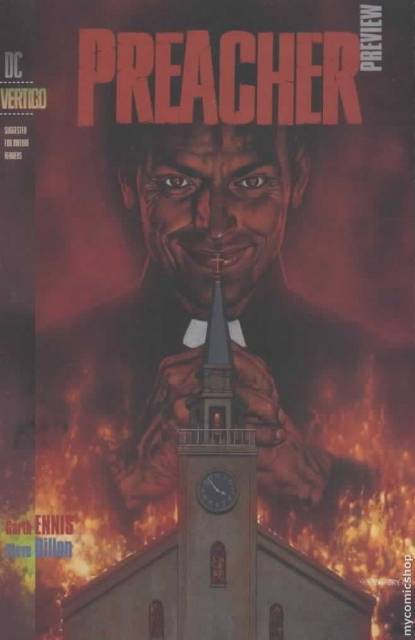 This eight page preview of the upcoming series was a flimsy publication. It had a ridiculously low print run making it extremely hard to find in NM. It often demands more money on the back issue market than issue one of the regular series. At this point I think it’s fair to say that this is the first appearances of the major characters from the series and features one of the more iconic Copper Age covers by Glenn Fabry. 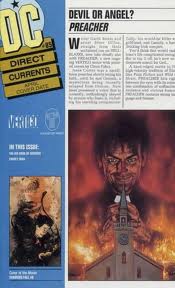 DC used to distribute these slim preview style comics that often features pin-ups, previews and other treats. Despite the fact that most were printed on glossy paper they too are rare in high grade. Most people simply tossed them into the garbage. This issue features the cover to preacher 1! 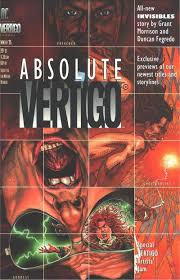 Another comic that previewed new series from Vertigo, people realized later that this preview of Ennis and Dillon’s series also predated issue 1. 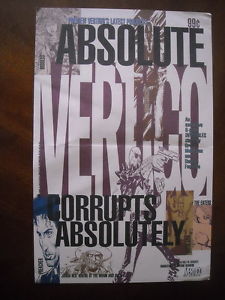 The poster came out before the comic and Jesse Custer is on the cover. 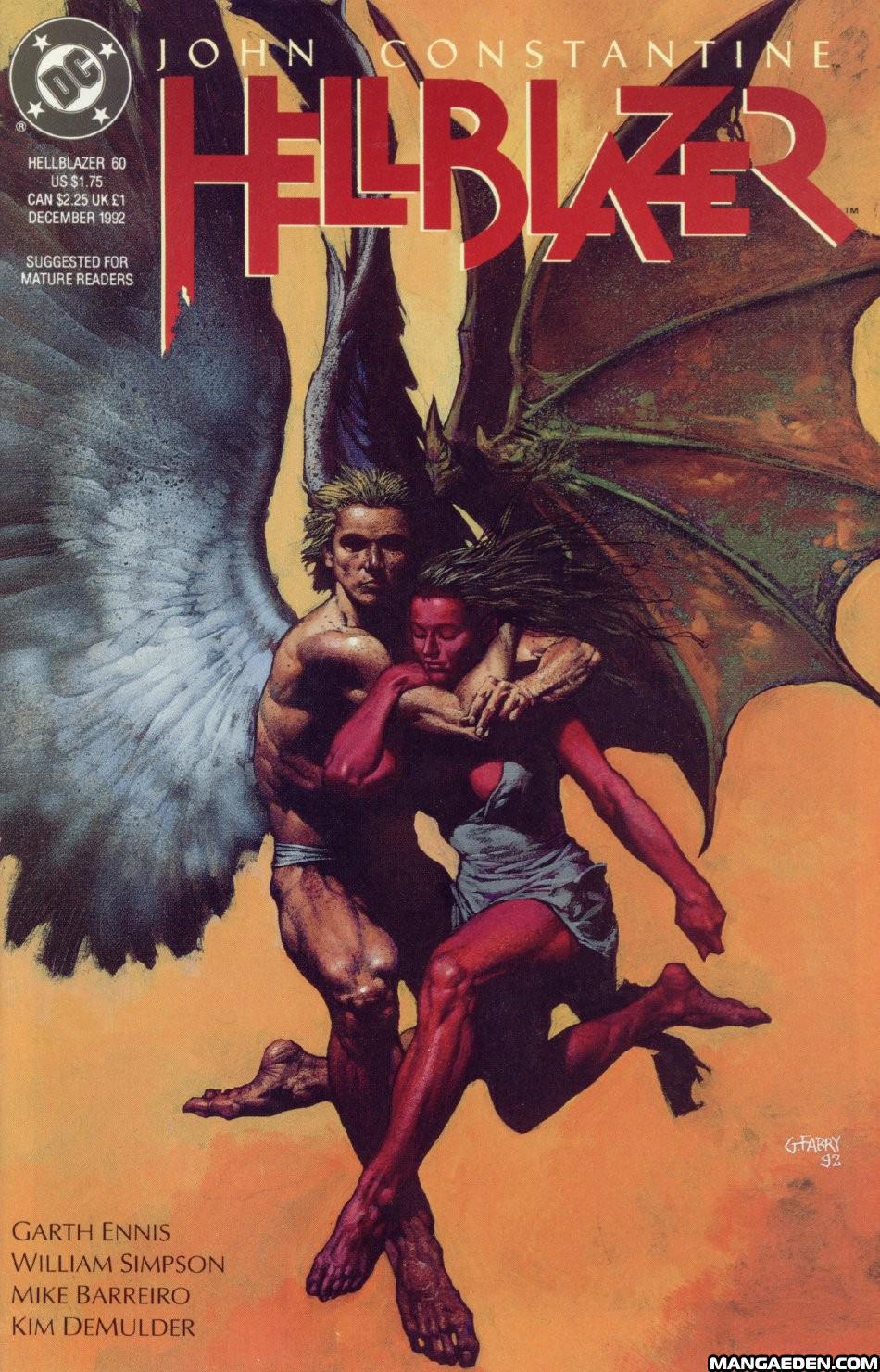 This one is tough because there are some die hards who believe that Genesis was conceived here but even Ennis had said that he just used the same idea twice and that there is no connection. Ennis’s run on Hellblazer is worth owning anyways so you  might as well pick this one up too if you haven’t already. 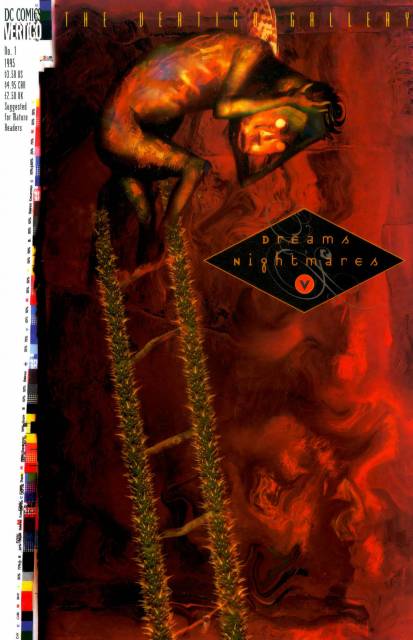 Unbeknownst  to many this pin-up gallery features an early appearance of Jesse Custer and friends by Dillon. It has a release date of 1995 but lists no month. Seeing that Absolute Vertigo had a publication date of December 1995 at worst this issue came out at the same  time as Absolute Vertigo. It probably hit shelves prior to Absolute. 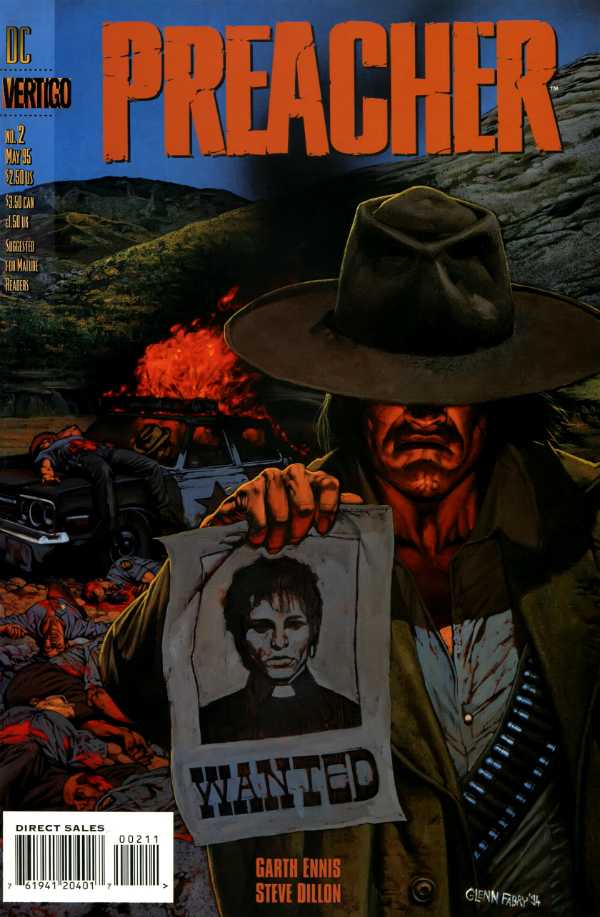 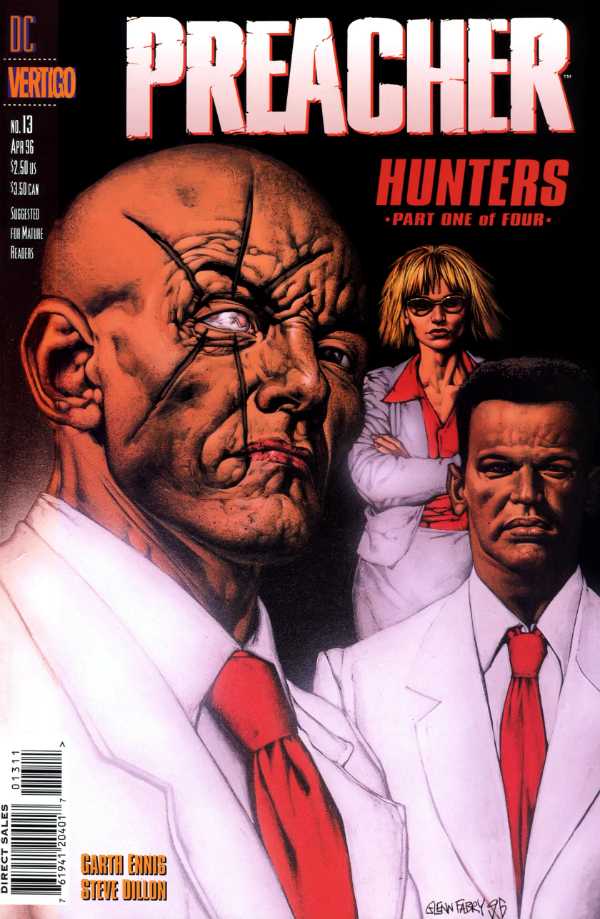 Early issues of the regular series hold value.  First appearances of Fan favorites Arseface, The Saint of Killers and Herr Starr should see gains. Issue 12 was available in a bagged edition which is a tough score. Normally I would include the last few issues of this series but in this case the conclusion was highly anticipated and print runs were not as low as other series who’s last issues become rare due to cancellation.

Want to find a reprint worth every penny?  Here it is! 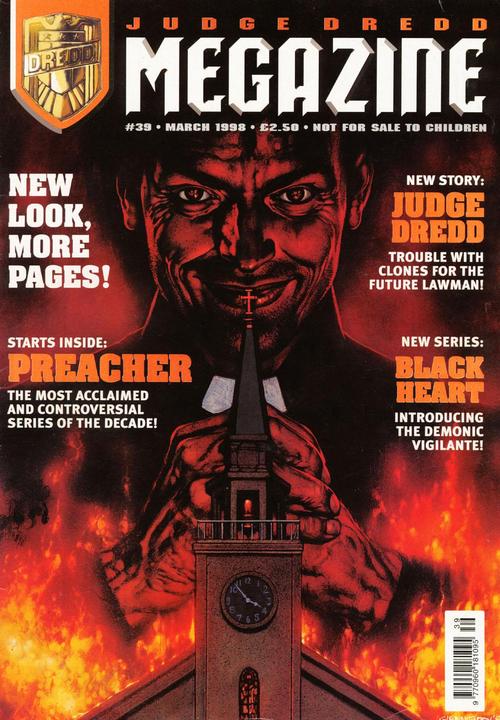