NEW InvestComics Hot Picks every Sunday! Giving the Speculator an Edge Since 2005! – www.trendingpopculture.com 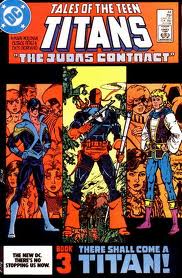 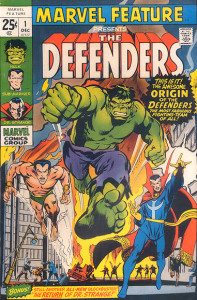 Before heading right into this week’s InvestComics Hot Picks, there are a few comics that have been highlighted over the past week or so on InvestComics that need some love. Well not love so much, but some undivided attention. I’d like to point them out in this article so that speculators can plan accordingly during a slower week like this one.

News from director Zack Synder confirmed that Nightwing (aka Dick Grayson) will in fact appear in the new Superman sequel yet unofficially titled Batman vs. Superman. Great news for the comic book fans, but not so much on the collectors/speculators side. How so you may ask? Well, Dick Grayson becomes Nightwing in Tales of the Teen Titans #44 (1984) and the problem with this classic comic is the one thing no hobby enthusiasts likes to hear……overprint. This comic is so easily accessible it’s not even funny. While the overprint shouldn’t deter you to still own this comic (how do you not own it already??), do realize that the aftermarket will be inundated with the first appearance of Nightwing as it already is. Great comic, too bad there are too many copies are floating around. There is however a way to get a little more bang for your buck, but you should know how to do this already…..

InvestComics reported on Marvel teaming up with Netflix for their next venture onto the small screen. It involves Daredevil, Jessica Jones, Iron Fist, and Luke Cage getting television shows and all leading up to a “Defenders” mini-series. How lucky can a comic book fan be these days?! A comic that must be in your collection and is a beauty is the first appearance of the Defenders team in Marvel Feature #1 (1971). There is nothing more to say……..buy this comic book!

With the recent success of the Arrow television show for the folks over at the CW station, they are once again looking at the DC catalog and have found iZombie. Zombies are hot for reasons that are obvious, but will it equate to the demise, the watering down of the genre? We’ll have 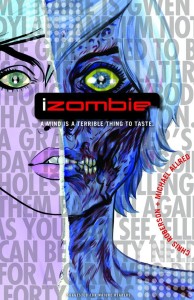 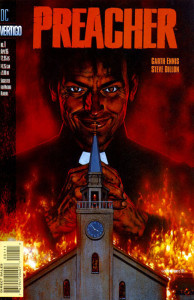 to wait and see. Until then, you already missed out by digging in the $1 bins at your local shop for the first DC/Vertigo iZombie #1 (2010) when InvestComics broke the news, so now the question is how much of a risk are you willing to take on this comic? You have two options here. Go for the first appearance of iZombie in House of Mystery Halloween Annual #1 (2009) which has sold for more than $50 on Ebay or the iZombie #1 comic that has sold for as high as $25. Big risk here because this series is no Walking Dead and the zombie genre will eventually settle down some. What if the television series craps out? Too many risk factors with this one here.

And possibly the best news to come out from television land came late last night on InvestComics. The once very hot Preacher series from DC/Vertigo will be considered for a pilot from AMC. A Preacher #1 (1995) CGC 9.8 sold yesterday on Ebay for $185. If you have this comic, I urge you to get it graded and sit on it. It’s going to be a big book. The comic series was a rousing success and there is no reason to think that the (possible) television series wouldn’t be either. Writer Garth Ennis brings his “A” game to everything he’s involved with. The highly successful Preacher series is evidence of this. IF the Preacher gets its own TV show, Preacher #1 will be a comic to own, big time.

In the “In case you missed it department”

Believe it or not A Plus X (2012 Marvel Now) #14 will lead the way this week. It’s with good reason of course. The issue finds Max Bemis conducting writing duties. Why and who is Max? Well he’s a comic book fan and is also the front man in a rock band called Say Anything. He’s also the co-singer in a band called Two Tongues. I have to admit, I have absolutely no idea who the bands are or who Max is, but the kids tell me they know him and them! So why exactly are we talking about this comic again? Oh yeah, this is Max’s first published comic book work. The last time a rock dude crossed over, all hell broke loose for a little bit. Let me remind you……Gerard Way (My Chemical Romance)? Umbrella Academy? Oh yes that! You remember now. So check out A + X #14 and see if Max pulls off a keeper here.

Harley Quinn begins her quest this week in her own regular series; starting with Harley Quinn (2013) #0. We all know by now that Harley first appeared in the Batman: Harley Quinn (1999) soft cover graphic novel. That classic Alex Ross cover is forever etched in our minds. So that comic is probably already filed away in your Bat box someplace. This week however, the Harley Quinn #0 Stephane Roux variant cover is sold out. Buying this comic will set you back $30, but how long can Harley really hold her own though? Maybe we’ll get an answer to that question sooner rather than later.

Battlestar Galactica always seems to be that red-headed step child doesn’t it? (No offense to red-heads! My sister is a red-head!). It’s always been that show that just can’t seem to get out of its own way. The first television series back in 1978 lasted two seasons, the second series lasted a whopping 4 seasons, and the original Marvel Comics series lasted 23 issues. No major motion picture, no talks of ever taking Battlestar to another level. Very odd no? Well maybe not. Maybe it’s just not a strong franchise. Yes, maybe it’s time to accept that Battlestar is not Star Trek, Star Wars, or even Stargate; Space 1999 maybe, but not any of the aforementioned. The intention here is not to bash Battlestar, but to find an understanding as to why so many failed attempts at a space series that has such a huge following. Dynamite hasn’t given up on BG though! This week Battlestar Galactica Starbuck (2013 Dynamite) #1 is on the cusp of a sell-out. That’s right fans, there is still a core audience that demands BG and Dynamite is here to provide it! Looks like a fun read!

Forever Evil Rogues Rebellion (2013) #2 variant is sold out. It’s only a $10 variant and it’ll probably stay put right there. There is nothing special about this comic at all except an exceptionally weak villain in Parasite wreaking havoc. A fun story, but nothing for the speculator here.

Although Superior Spider-Man (2012) Annual #1 might be sold out by the next new comic book day, it still has that “Annual” stigma attached to it. The Marvel solict  says “this one counts!” Even they realize the stigma attached. It’s far and few between that any comic book annuals make an impact on the hobby. They do exist, but not on a level of any expectations that collectors clamor for. In the Superior Spider-Man annual #1 though, we see the return of Blackout. The Blackout villain first appeared in Nova #19 (1978). Will the debut of Blackout be a draw? Most likely no, but the Nova character on the other hand………buy Nova. Yes, buy Nova.

If you have children then you know about Ben 10. You know that Ben 10 is on your television set when you are getting the kids ready for school. Yes I get the explanation every morning on which alien Ben has turned into and what he can do. Fun times! IDW wants my boy to read comics too, which is a great thing. Check out Ben 10 (2013 IDW) #1 this week for your kids. Get them reading! DC Comics were the first to jump into the Ben 10 craze and now IDW is doing the same. Good times!

A few weeks back InvestComics asked that you’d get a beat on the Afterlife with Archie #1 comic. Boy did we hit that one! This week the initial offering of Afterlife With Archie (2013) #2 will be a bit different. It seems as though the zombiefied Archie interest has died down a tad quickly, but do not let this deter you from getting the second issue. There is still might be “life” in this zombie Archie.

If there is THE number one comic to get this week, it has to be Voice in the Dark (2013 Image) #1. Check out why our girl Zoey hasn’t killed anyone in about 72 days. She’s a radio DJ too. Not much to go on right? Well it’s an Image Comic, they release great stories AND it’s sold out already.