Elephantmen: Man and Elephantman #1 Sells Out, Goes Back to Press

BERKELEY, CA — 5 April 2011 — Hot on the heels of recent sellouts like BUTCHER BAKER THE RIGHTEOUS MAKER, THE INTREPIDS and CARBON GREY, Image Comics has announced that ELEPHANTMEN: MAN AND ELEPHANTMAN has sold out and is being rushed back to press.

Written by Richard Starkings with art by the series’ new regular artist Axel Medellin, ELEPHANTMEN: MAN AND ELEPHANTMAN was produced as an INVINCIBLE RETURNS style introductory one-shot, perfect for both long-time and new readers alike. The special one-shot, which featured the first of a series of retail incentive covers by superstar artist J. Scott Campbell, has received rave reviews, making it the single most well-received issue of ELEPHANTMEN since its debut.

“We expected a little more attention than usual with this issue, but the near-immediate sellout actually surprised us,” Starkings said. “Obviously, it’s quite flattering when a book sells so quickly, but since MAN AND ELEPHANTMAN is such a great jumping on point for where Axel and I are taking the series, we want to make sure there are more copies available so that everyone can come on board.”

Image Publisher Eric Stephenson added, “I think I’m running out of different ways to say how amazing ELEPHANTMEN is, but after watching fans eat up Richard’s stock at WonderCon this past weekend, I think it’s safe to say that this series is one of comicdom’s best kept secrets. If you haven’t discovered it yet, ELEPHANTMEN: MAN AND ELEPHANTMAN is a great place to start!”
ELEPHANTMEN: MAN AND ELEPHANTMAN  (FEB118098), a 40-page color comic book priced at $3.99 is available for re-order now with an in-store date of May 4. ELEPHANTMEN #31 (FEB110456) picks up where that issue leaves off and will be in stores the following week, on May 11. 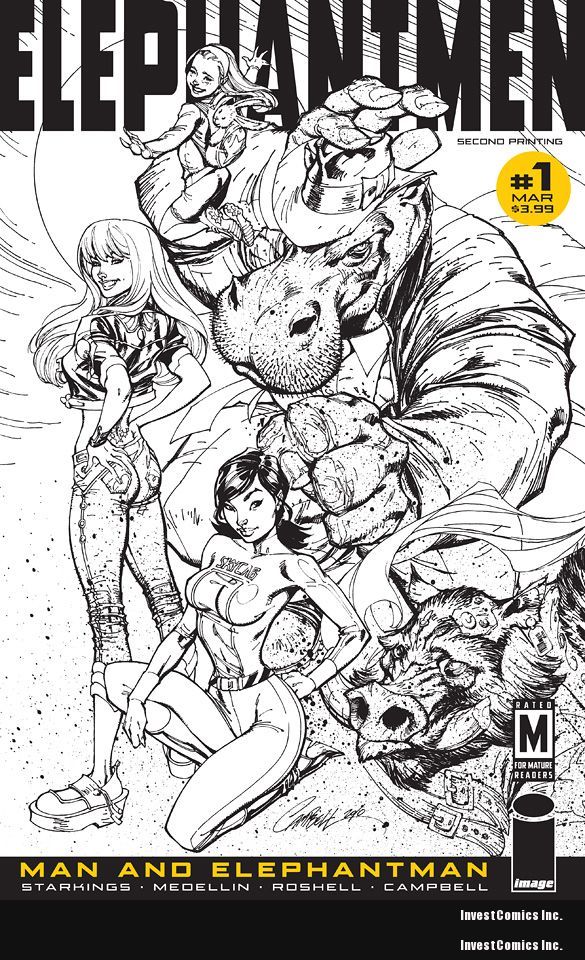