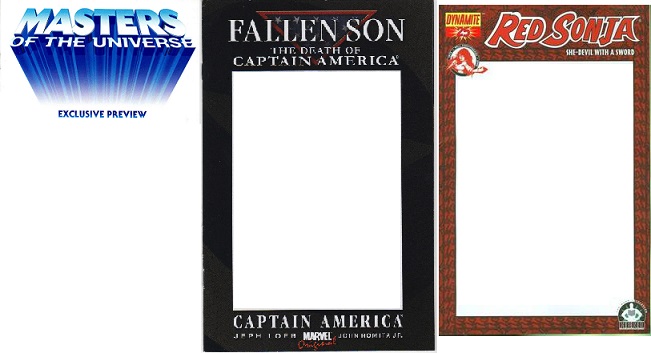 Blank covers have become all the rage but not overnight. Now it seems that every single new comic book from all publishers also contains a blank cover version. These are fun to collect and of course the purpose is for talented artists to use them as their canvass for their own 1 of a kind unique covers. Many have become very valuable online. But what about the blank covers themselves?

A few interesting trends have emerged over time. These books are always usually printed at the exact quantity requested by retailers during their initial orders. Rarely do these books stay in stock. So now they are instantly sell outs and have potential as collectibles. But seems very few talk about them. Whats interesting about these is the potential for sellouts is even greater as artists may want to buy massive quantities of copies rather than just the typical 1 copy to read. 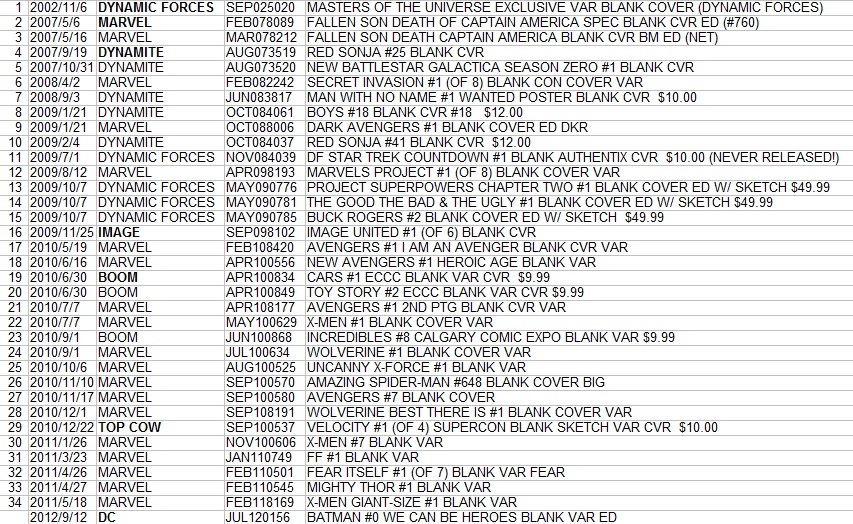 This chart I have compiled is every known Blank cover variant I could locate from all Diamond listings since 2002. Note how all the earliest blank covers actually were “framed” and not completely white blank as they are today.

In 2002 that lone blank variant came out featuring the Image comics version of Masters Of The Universe dynamic forces variant cover.

Jump to 2007 and for some reason Marvel decides to put out a blank cover variant for the Death of Captain America. But it would be another 11 months before Marvel attempted another one. Dynamite Comics was the next publisher to regularly start publishing blank covers. The format was not a success yet as 2008 saw only 2 blank covers published. Dynamite and Dynamic Forces both put out a few high priced blanks in that time period.

Image only once did a blank cover during these early years back in 2009.

It was only in May 2009 that the regularly produced blank variant from Marvel began starting with Avengers #1. This became a way to help promote big launches for new Marvel titles which continues to this day. Marvel would from this point on usually publish 1 blank variant every single month on wards.

DC Comics held off and never had a blank variant until late in September 2012 with their “We Can Be Heroes” theme which ran over a bunch of titles including Batman #0. It was at this point that every publisher saw the potential for sales and demand.

So 2013 is really the break through year where the onslaught of blank variants became an almost weekly event.

Its only time before collectors start to realize how hard these are to find. Now Diamond does not usually keep these blank variants in stock which means they are instantly sold out so watch for potential rising prices on all future blanks as well.

23 thoughts on “The history of BLANK VARIANT COVERS index”