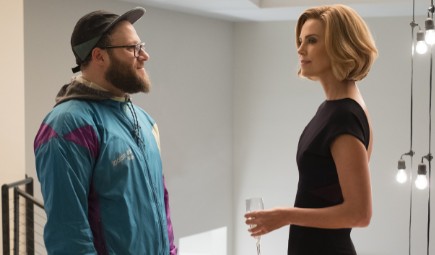 Welcome to the Trending Pop Culture movie reviews. We saw The Long Shot, arriving in theaters May 3 2019.

What is it about? Fred Flarsky is a gifted and free-spirited journalist who has a knack for getting into trouble. Charlotte Field is one of the most influential women in the world — a smart, sophisticated and accomplished politician. When Fred unexpectedly runs into Charlotte, he soon realizes that she was his former baby sitter and childhood crush. When Charlotte decides to make a run for the presidency, she impulsively hires Fred as her speechwriter — much to the dismay of her trusted advisers.
Review: Most movie goers buy a ticket to see their desired movie with a preconceived notion of what to expect. As did this writer for the screener of The Long Shot. That said, a Keyser Soze, Luke I am your father, Crying Game, Sixth Sense moment never occurred, but the film did surprise in a different way.
First, actor Seth Rogen (Fred) is well known within the movie character circuit as being a blunt smoking nerd. As a regular citizen, in real life, he seems to have his stuff together. As far as his character in this film? Well, he’s the same blunt smoker, but this time a brilliant writer with a compassionate soul. It’s a bit of a change of pace for Seth Rogen and it’s completely welcomed to this viewer. So, that was surprise number one. Number two; If you’re buying a ticket to see a comedy, you will and shall receive, It is immensely funny. Here’s a warning though, If you are one that gets easily offended by severe salty language and severe sexual situations, you may want to sit this one out. Filing out of the theater after the film was over, an older couple were talking to each other as I overheard the gentleman say, “I didn’t expect that language, more then what I expected”. This is a direct quote. Does this deduct points away from the film, absolutely, unequivocal, no. One must put their big boy pants on and watch the movie.
Speaking of big boy pants. The political landscape is a dicey one these days. Can we all agree on this at least? So, depending on which side of the aisle you sit in, this film will either really touch on a nerve or it will have you cheering and agreeing with points of political view. This reviewer was not expecting the film to bring home such poignant views that relate to today’s political climate. The President of the United States, played by Bob Odenkirk, is the epitome of the scene being played right now out of the White House. A bit over the top though, it’s a comedy remember? But point taken as to what we were in for when the audience saw him for the first time on screen. In one instance, the writer of the film tries to alleviate the “one sided” political tone with a twist between two characters, but it was already too late. We understood by this point which side the film leaned towards and what message was being conveyed. Again, not deducting any points.
Charlize Theron (Security of State) was as convincing as ever in this roll. A superb performance. Elegant, yet not too much where she was unconvincingly fake. She played to the tone of her realism by giving the audience a comfort level of innocence and empathy. Chalize right-hand person, Maggie, played by June Diane Raphael was a perfect cast to round out the main players. She plays the person you love to hate. Fred’s best friend, played by O’Shea Jackson Jr. shines each and every time he appears in a scene. When watching, the audience knew they were in for a treat when his scene was in tow. Ravi Patel played Tom, an aide to Maggie. He added the fun element of that “extra” comedy when needed.
Overall predictability is what one may expect as a regular movie-goer. However, there are elements of surprise (some touched on earlier) that’ll make this movie more than worthwhile to watch. A neat surprise for comic book fans awaits at the end. Don’t turn away or blink, you’ll miss it.
A super film and will watch it again when it arrives to Netflix, cable, or whichever streaming provider it may come to.
Soundtrack: Many 80’s and 90’s pop culture music references. A treat for the 40 and over crowd.

TPC Rating 4 Trending Arrows up (out of 5) from Trending Pop Culture. 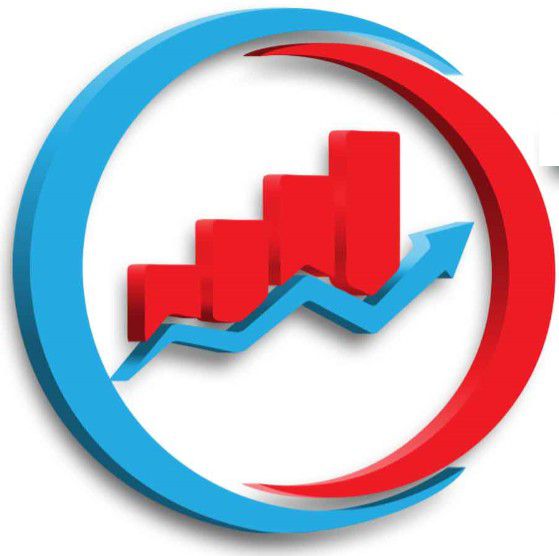