Experience The Magic of Asgard In Thor: The Mighty Avenger – Double Rainbow! 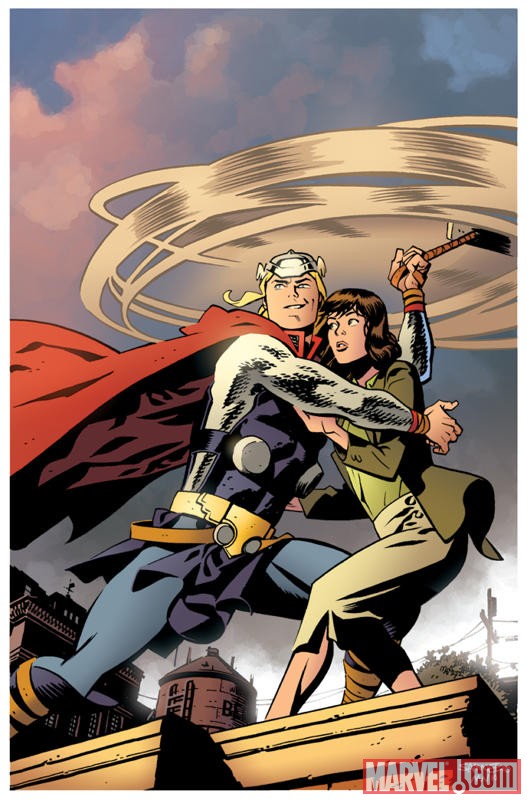 “If you love Thor, like Thor, or heard the word “Thor” one time, you’re gonna want to give Thor: The Mighty Avenger a shot” exclaims editor, Nate Cosby. “Reading this book is better than ice cream. DOUBLE RAINBOWWWW!!!!!”

Fans and critics agree, Thor: The Mighty Avenger is a must read!

“This comic is quite possibly the best new superhero title of the year and is exactly what any lover of superheroes should be reading.” – Chad Nevett, ComicBookResources.com

“In terms of dream fulfillment, Roger Langridge and Chris Samnee seem to have made a rainbow connection, a terrific pairing of writer and cartoonist on a light, whimsical, and accessible new Thor comic. Thor: The Mighty Avenger offers a refreshing back-to-basics interpretation of the thunder god free from the confines of continuity. It’s only just begun, but it looks to revel in everything weird and wonderful about the character, and by extension, the Marvel universe.”  – Paul Montgomery , iFanboy.com

“Roger Landgridge‘s writing is perfect for this series. It is fun, fast and self-contained. All you need to know is between the covers. Partner that with Chris Samnee‘s art and you’ve got magic.” – Shawn Daughhetee, HeroesOnline.com

“I’m pleased to say they haven’t slacked on the talent in this book and it is a must-read not just for the young ones, but for anyone who is a fan of the character.” – Amanda McDonald, Newsarama.com

Banished from Asgard, Thor must team up with your favorite Marvel heroes, and battle your favorite Marvel villains in order to find his way back home – over the rainbow bridge. It’s the series that has everyone clamoring for more, and with Thor: The Mighty Avenger – Double Rainbow fans have the chance to experience the enchantment from the very beginning.