A few months ago I had the privilege of interviewing UK director Martyn Pick about a few of his projects − most notably, his animation film Warhammer 40K: Ultramarines and mobster-sees-ghosts micro-budget horror The Haunting of Harry Payne. The interview was one of the most down-loaded IndieCreator columns in our 3-year history (has it really been that long?). Martyn is back with some updates and news. Plus some mind-bending art which will be on display at his exhibit in London in mid-March. Enough talk. Let’s get rolling …

1) Martyn, great to talk to you again. What is new since we last talked about Warhammer 40K: 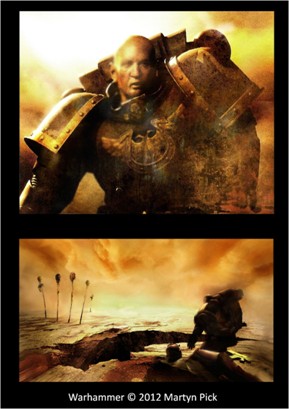 Ultramarines and The Haunting of Harry Payne?

(MP:) Warhammer 40K: Ultramarines had some theatrical screenings in London in November. Bob Thompson (the producer) and myself did a Q&A at the Tricycle Cinema in North London. It has been out as a collectors’ edition DVD, blu-ray, straight DVD and HD download from the producer’s website. I am looking forward to it rolling out through more mainstream channels in the near future. Watch this space. We have been working on the edit of The Haunting of Harry Payne and are now beginning work on the sound design, music, visual effects and pickups.

[EDITOR’S NOTE: The Warhammer 40K trailer has over 1.6M hits on YouTube and can be seen here.]

2) Tell us more about the exhibition you have planned for mid-march.

(MP:) I started my career doing fine art painting and drawing, and my early short films were entirely drawn and animated by myself.

In recent years, I have worked on a succession of films − both long and short − that have used my directing skills in various ways as part of a collaborative process. I have often initiated projects doing concept art which gets used by the film crews and art departments as a guide. And through the production realities of budget and schedule the initial vision changes. This collaborative process can be rewarding because the initial concept can be developed in surprising ways.

However with this exhibition what I specifically want to convey is my filmic/painterly vision at its least diluted and most controlled. It’s a compilation of my strongest artwork over the last few years with four new specially created images. I want people to see my visual concepts and show a direction for future art and film projects. And I have an instinct that there is a strong future for a mix of a fine art look with genre material.

3) What are some of the pieces you’ll have on display?

(MP:) I have done four new images for the show. It’s based on a theory about the broad building blocks of epic film construction. Like the rise and fall of a civilization like Ancient Rome, you go from the ” wasteland” through the “village” to the “classical city”  then to the “decadent city” which then circles back to the “wasteland”.

As I wanted to do epic imagery, I thought these stages would be a good structure. I am inspired by expressionism and the romantic sublime in the landscape art of Gericault, Delacroix, “Mad” John Martin, Anselm Kiefer and the Hudson River School. This is combined with a widescreen cinematic look that is the contemporary mass market incarnation of these impulses.

There is also the influence of the primal gestures of Abstract Expressionism in artists like Arnulf Rainer, Pollock and De Kooning and Franz Kline. The violence and immediacy of these marks are echoed in the electric fragmentation and subversion of the images surface. To prevent the images from becoming too purely representational, the final cataclysmic shattering gives them an intense expressionistic immediacy.

4) Are you planning any other exhibitions this year, and coming to the States?

(MP:) I have just been to the Sates, as a guest of my US commercial rep Liz Laine, to Chicago in January. I did an afternoon lecture on my work with the Fine Art and Animation students at Columbia College which was rewarding. The culture of independent art animation has really progressed in the US away from the cultural dominance of big Hollywood studios. This must be due in a big part  to the colleges like Columbia (similar to what art colleges like St. Martins did for us in the UK). At present, for the next exhibition, the most likely venue I am looking into will be East London. A show in America would be great.

5) If any of our readers are closet film investors that want to get a screen credit or other cool perks, what can they do to get involved?

I am working on a number of projects that are looking for funds. One is a development of my short film Plaza that will be a high-end mutation of live-action and animation reflecting the global economic meltdown and the ferocity of the London riots within a sci-fi horror frame work. It will be a twist on the way that George A Romero used social observation in his classic apocalyptic zombie movies like Dawn of the Dead. The film will have a slick innovative look that will distill my personally distinctive radical take on epic cinema. In short, the art house Transformers! … and Pablo Picasso meets Michael Bay.

Another project is a recession revenge drama where a cop, a dedicated public servant, takes his bloody revenge on one of the credit crunch bankers. A UK Drive/Taxi Driver. This will be economical and streamlined with a strongly controlled use of limited locations and characters to tell a powerful lean story.

6) After your March exhibition, what are you doing next?

Generally I direct on commercials between film work. At present I have been approached to direct another exciting live-action feature with a very distinctive approach and a strong existing script. There is a motion capture and live-action “green screen” feature based on a classic horror property that I am developing which would really push the mix of painterly and genre that I mentioned above. I am working with a series of producers on these projects.

Thanks Martyn! We’ll end this interview with a smattering of art pieces you will be showing at the exhibit which begins on March 15th in London at the Terrace Bar, Prime Focus, 37 Dean Street, W1D 4PT and is sponsored by Amazing Spectacles. 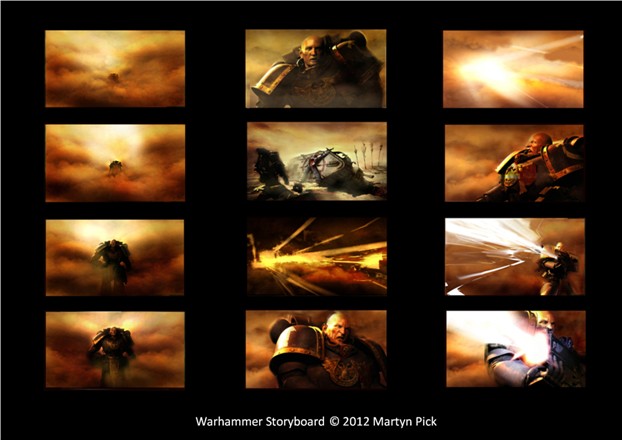 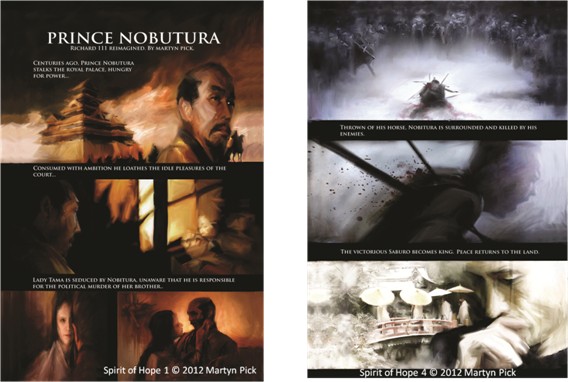 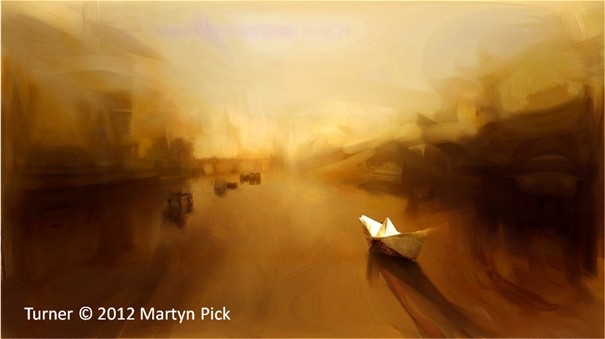 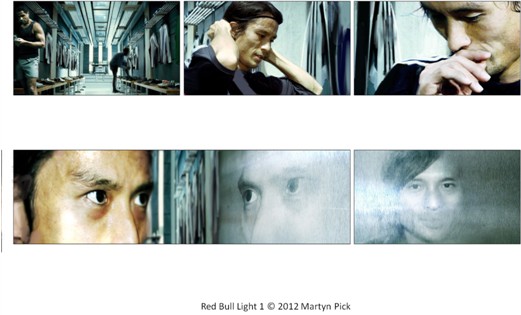 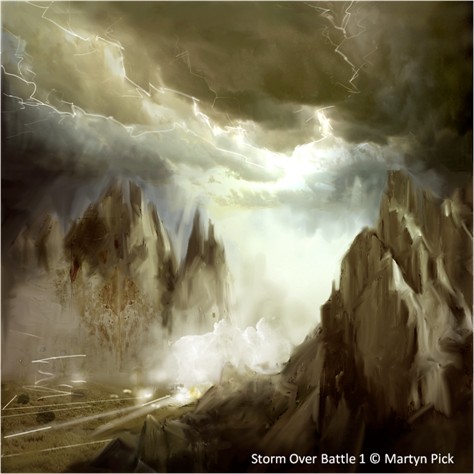 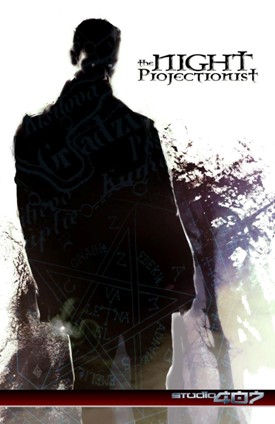 An award-winning indie comic creator and screenwriter, Bob Heske is the author and co-creator of THE NIGHT PROJECTIONIST, a vampire horror series published by Studio 407 (http://www.studio-407.com) in May 2012. THE NIGHT PROJECTIONIST ships in May at a price point of only $12.99 and a Diamond code of MAR121187. Pre-order your copy by calling your local comic shop today!

Bob’s other titles include COLD BLOODED CHILLERS, BONE CHILLER and 2012: FINAL PRAYER which can be found at Heske Horror’s official website: http://www.coldbloodedchillers.com. Most recently, Bob was editor on InvestComics charitable anthology ONE AND DONE.