G4TV’s Fresh Ink lets us all know about the ending to the Luna Brothers’ The Sword.

PRESS RELEASE – G4TV’s FRESH INK ANNOUNCES THE FINAL ARC OF THE LUNA BROTHERS’ THE SWORD BEGINS THIS AUGUST!
The Luna Brothers officially announce the beginning of the end is here for THE SWORD!
July 9 2009 (Berkeley, CA) – Yesterday evening on G4TV’s Fresh Ink, Blair Butler announced The Luna Brothers have officially begun work on the final arc of their long running action-packed revenge epic, THE SWORD.
THE SWORD tells the story of Dara Brighton, a young woman who witnesses the murder of her family at the hands of three very powerful elemental beings who are after a sword in her father’s possession. In the aftermath, Dara attains the sword which gives her incredible abilities beyond her wildest imaginations. While the sword has thus far protected Dara in her quest for revenge, the final arc reveals even this great power has a shocking limitation, one that may be her undoing.

"We cannot wait to reveal what happens in the final arc," Illustrator Jonathan Luna said.

Writer Joshua Luna added, "From the moment we started working on this series, we’ve always had a very specific ending in mind. So, it’s been incredibly fun, dropping little hints and working towards the payoff, issue by issue.  I think readers will be surprised to see how it ends." 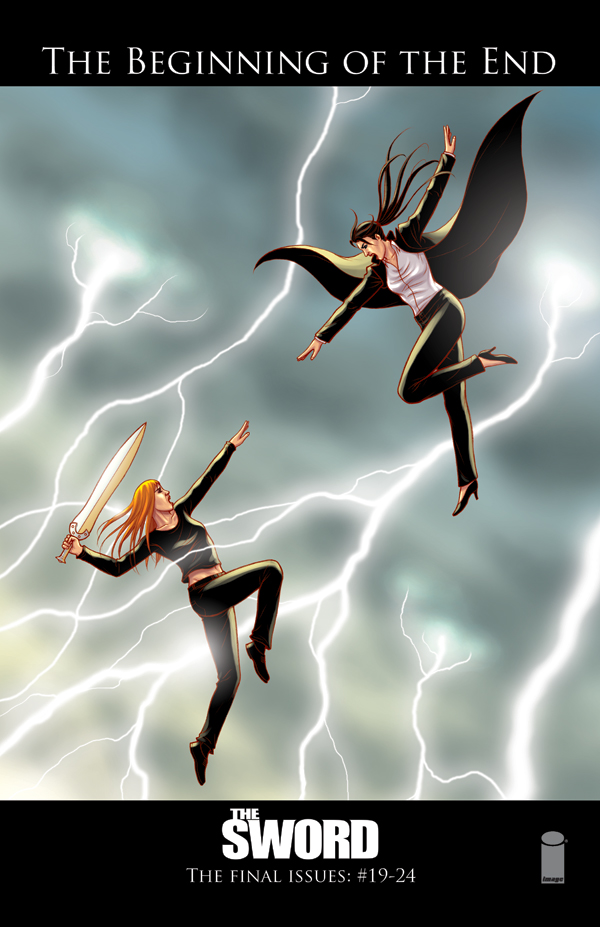