Concluding his run on Thor, JMS jumps over to a one-shot!

Check inside for more details.

One of most acclaimed comic runs of the decade concludes this September as award-winning scribe J. Michael Straczynski brings his historic Thor story to a stunning conclusion! Thor: Defining Moments Giant-Size #1, from JMS and Young Guns ‘09 artist Marko Djurdjevic, is an action-packed conclusion to the Eisner-nominated epic that IGN.Com calls “The best Marvel comic on the stands.” As the final curtain falls, will Thor’s closest allies save him from the machinations of Loki? What does Dr Doom have planned? And just who will rule Asgard? JMS delivers the Thor finale that no Marvel fan, new or old, can afford to miss.

“It’s been a terrific run, and a lot of fun,” said JMS. “Warren Simons and Dan Buckley are to be thanked in particular for giving me the room to play and the freedom to just tell stories, a rarity in this business.  Creatively, Thor was a high-water experience for me.”

Thor editor Warren Simons added, “We’re extremely proud of the extraordinary work J. Michael Straczynski has completed on Thor over the last two years. Along with Olivier Coipel and Marko Djurdjevic, JMS seamlessly reintroduced Thor and the other Asgardians into the Marvel Universe, returning the God of Thunder to his rightful place as one of Marvel’s greatest icons. From the brilliant set-up of Asgardians living side-by-side with salt-of-the-earth folks in rural Oklahoma , to the current storyline featuring Asgard divided, JMS deftly wove great humor with great action, and the combination has made Thor a critical and commercial success. We couldn’t be happier with his work, and we continue to look forward to working with him in the future.”

This September, JMS will leave your jaws on the floor in Thor: Defining Moments Giant-Size #1, as his award-winning run concludes! 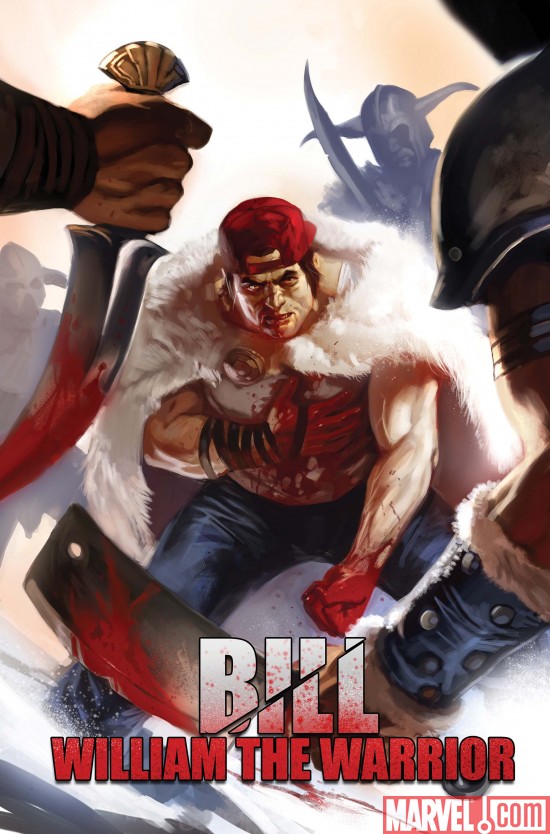