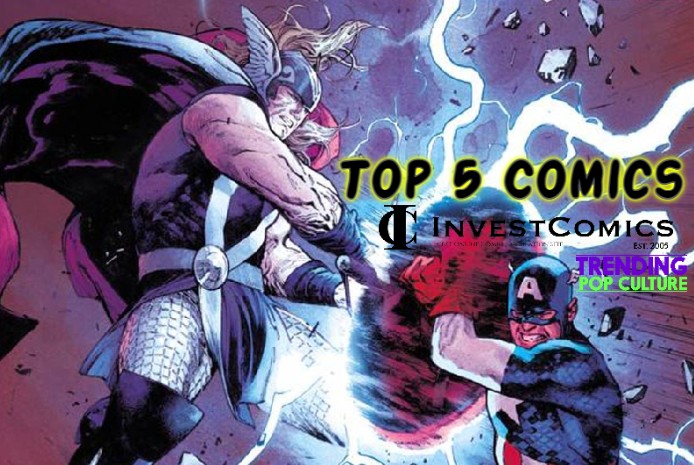 Skybound X #2 – More of the same as the first issue we spoke about. First appearances will be a regular theme in each issue. This issue features two first appearances we know of. A new character within the Stillwater story and the first appearance of Everyday Hero Machine Boy. Machine Boy gets his own variant cover too.
Thor #15 – Mega-Star writer Donny Cates continues his Thor run after turning the series on its proverbial head a few months back with the Black Winter story. It was mega hot and has since cooled down significantly. Now Donny Cates teams with a new artist, Alessandro Vitti, starting with this issue. A new artist and a new story arc. Looks like a great time for fans to jump on board.
Sinister War #1 – Two new teams make their debut, the all-new Sinister Six and The Savage Six. Look for this comic to sell out and for this series to do well overall. With the star power creator team of Nick Spencer (writer) and Mark Bagley (artist), and its first appearances, this one is an easy one to figure out.
Joker #5 – Month after month, InvestComics has touted the new Joker series as being a series to keep an eye on. On new comic book day, fans will witness the very first night in Arkham Asylum for the Joker. This series has been the equivalent of Frank Miller’s Wolverine limited series. The back story, bits of his origin, etc. The Joker series is a series many fans dig now but will be a bigger series many years from now.
Aliens Aftermath #1 – In previous post, we explained the importance of the Alien series debut from Marvel because with the “Disney” reboot eventually hitting theaters someday, they could refer back to some of the storyboarding they’ve laid out already. New characters, new Alien monsters, actual storyline, etc. So, keeping with that thought/theme in mind, any NEW Alien release from Marvel will in fact be an important one for the collector/speculator. Now that Marvel has the Alien franchise, there will be a continuous onslaught of mini-series and regular long-series being released. As we already have spoken on as well, the Alien covers that featured Marvel characters alongside them were the first of their kind as well. A Venom/Alien cover (or any superhero/Alien cover) could be an important comic due to the fact if Disney ever decides to bring in an Alien into one of their movies within the Marvel Universe. Could you imagine a Venom vs Alien movie? You talk about epic. It could happen, never know. If it ever does happen, those covers would bounce in the aftermarket to epic proportions. 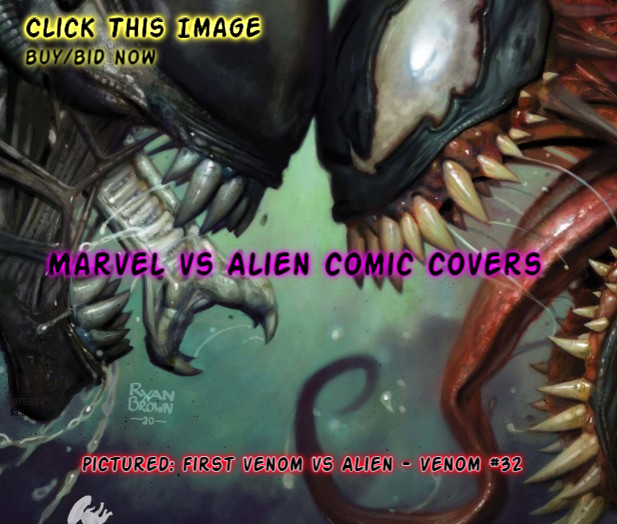 Here are the rest of the trending comics and items headed your way this Wednesday from our flagship article; Hot Comics arriving 7/14/21 (Including Best Cover Art of The Week.). Check out our Hot Collectibles This Week 7/14/21 post as well.