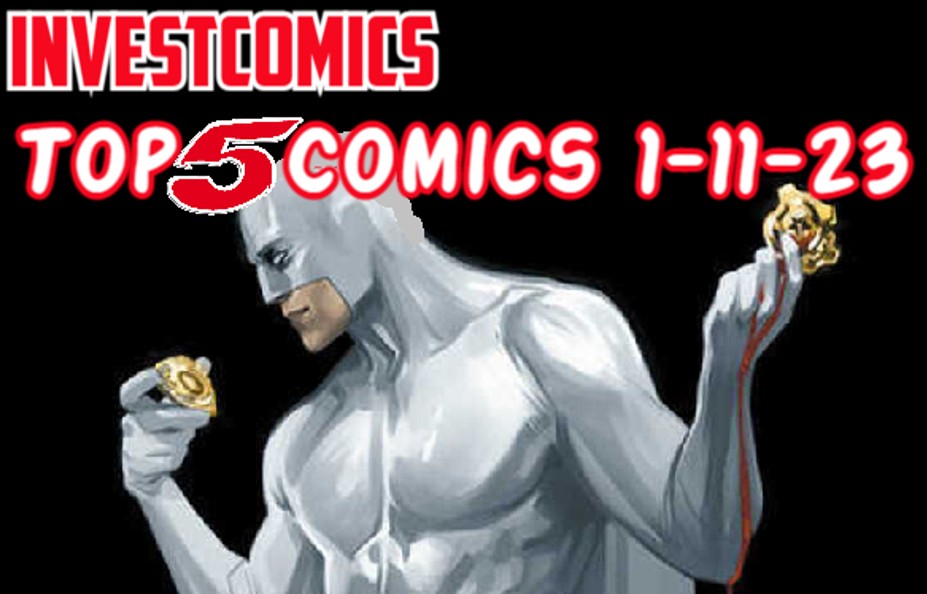 The Top 5 Speculation/Trending Comics arriving on new comic book day. New Comics arriving 1/11/23.
LOTS MORE at InvestComicsHot Picks 1/11/23
Please note: New comic book releases and all items are subject to change.
Click on ALL Red-Highlighted LINKS/Comic Covers, to BUY/BID from ALL available eBay sellers
Any Links or Images that redirect you to eBay are done through our eBay Affiliate Program. 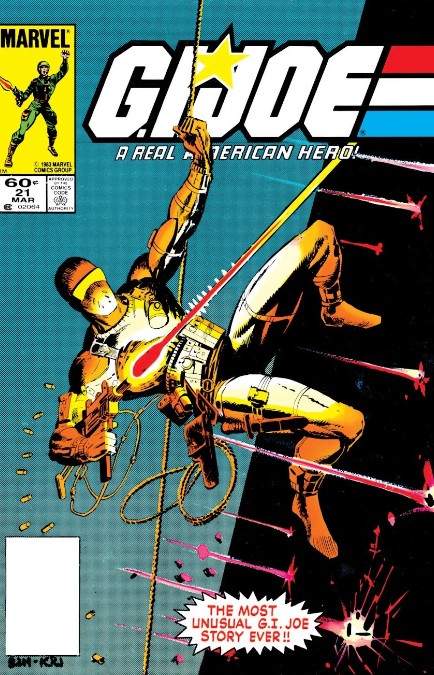 This issue can blame G.I. Joe #21 from 39 years ago. Back in 1984, writer Larry Hama had an idea to release a comic that had no dialogue in it. Definitely, an interesting concept to say the least. Not only was it a huge hit back then, but it also continues to be a collector’s favorite in today’s market. Granted, the first appearances of Storm Shadow and Arashikage Ninja help propel the issue’s interest, but being the first major comic to have zero-word balloons in it was groundbreaking. So many comics throughout the years have followed this format with some success, but none will or have matched the first to do it. So, by now you have probably guessed why Batgirls #14 has hit the InvestComics Hot Comics list. No words in this comic. The Batgirls silent issue.
Miles Morales Spider-Man #2 – This comic will be flying off the shelf on Wednesday. The first appearance of Rabble. The new character shouldn’t be that hard to find, they appear on several variant covers.
The Amazing Spider-Man #17 – A few years ago (2019) Disney released a D23 comic that turned the internet, more so eBay on its head. The cover showed Mickey Mouse along with several other Marvel comic characters. The price gauging was severe and gutless. Things have settled quite a bit as several collectors have taken a bath with their losses. One of the last sales was $700 for a CGC 9.8 grade. In 2022, new D23 Mickey Mouse cover along with Marvel characters happened again. The madness hit again as the last sale was at $725 for a CGC 9.8 grade. Disney, not one to ever miss an opportunity has gone back to the well but in a different way. Their new approach should definitely capture the interest of many collectors. Disney will celebrate their 100 years in existence with several Disney/Marvel variant covers. This time, fans will not see Mickey and his supporting cast as their own selves, this time they’ll be actual Marvel superheroes. Yes, Goofy as the Hulk, Mickey as Captain America, Donald Duck as The Thing, Minnie as The Invisible Girl, etc. Many other Disney characters will make appearances as various marvel heroes. Here’s the thing, These Disney characters have never been these heroes before. Ever. Goofy as the Human Torch? Nope, never seen that before either, but it’ll exist now. These covers are very big first-appearance covers arriving within the next few months. Collect them all, it’s history as Disney is truly meshing with their own product in this way for the first time in the Marvel Comics Universe. The next HUGE, BIG step will be the actual interior pages containing Mickey Mouse teaming up with Spider-Man. Wow, that will be a biggie.
And with all of that, check out the first-ever Disney Avengers team on the Amazing Spider-Man #17 variant cover.
NOTE: The B&W Disney variant has a 1:100 ratio. Obviously, a chase book will command bigger bucks at the end of the day. On an opinion level, the color variant is way better in the sense the colors really bring out the characters here, but speculatively speaking, will be worth less.
Harley Quinn #24 (second print) – Last week collectors and readers were introduced to a new Harley; The Harley Quinn Who Laughs. One cover contained just Harley’s face in the mask, now the second print cover contains the entire getup. The first full appearance cover.
Nemesis Reloaded #1 – When creator, Mark Millar, first released the Nemesis character back in 2009, it blew up. Fans went bonkers. Then there was a news flash a couple of years ago somewhere that everyone picked up on. Nemesis was optioned for a film or television series. Holy sh*t, said all of the speculators. It moved the proverbial Nemesis needle once again. In today’s reality, no one cares anymore, again. Not to say Nemesis is a bad comic, but out of sight, out of mind. Well, Mark Millar is back at it again and has brought back Nemesis. Expect tremendous interest here as usual. 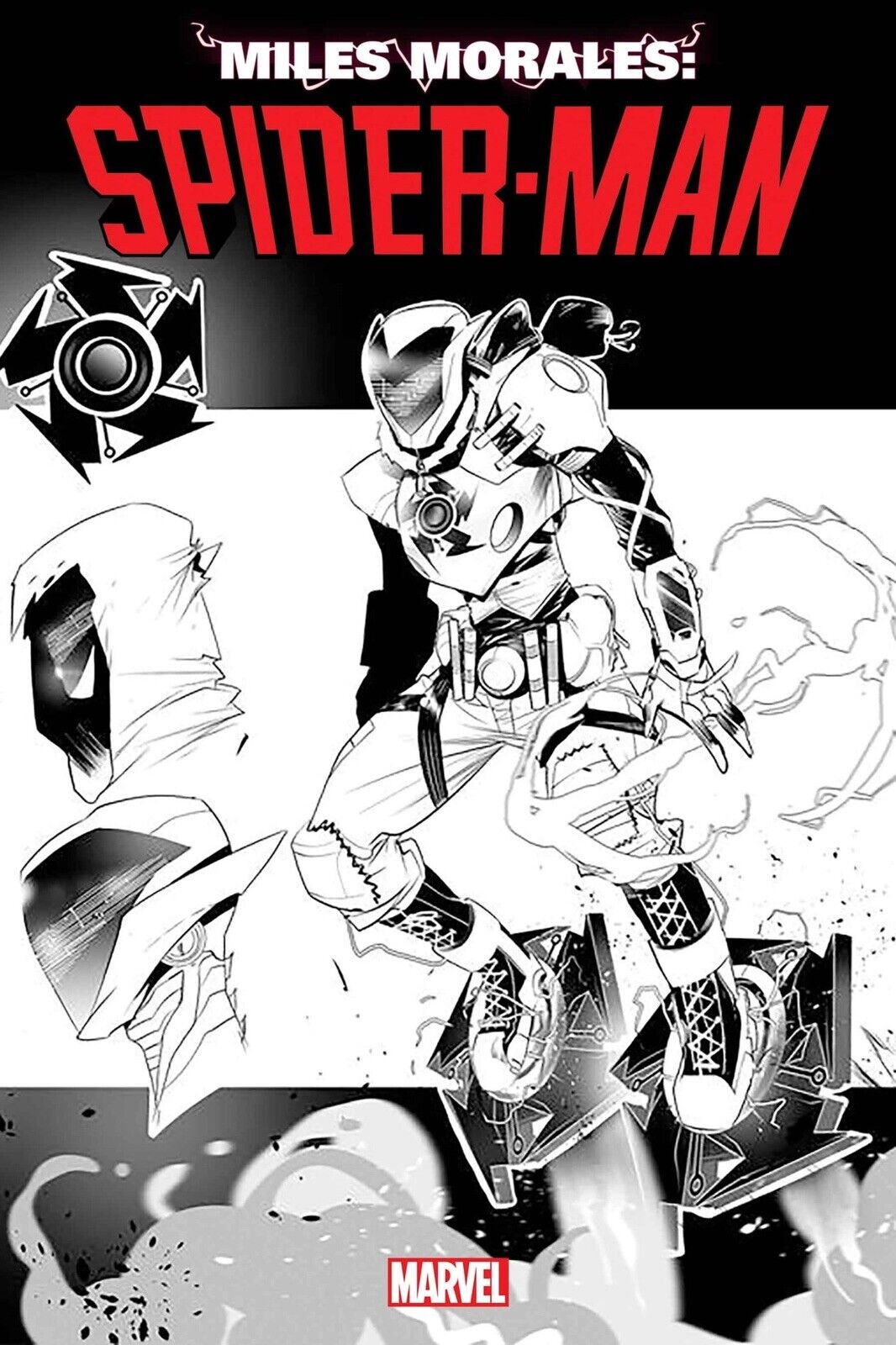 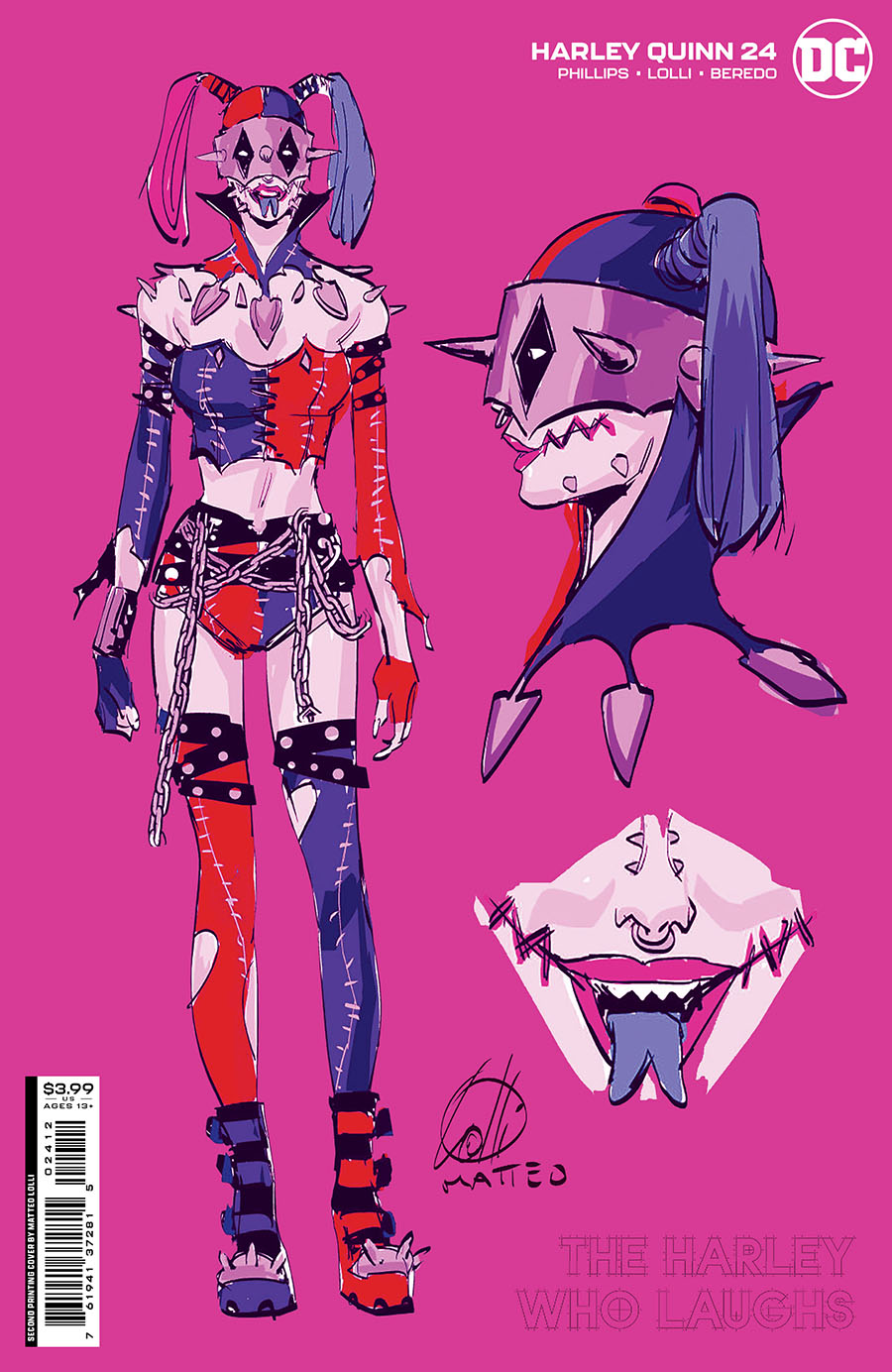 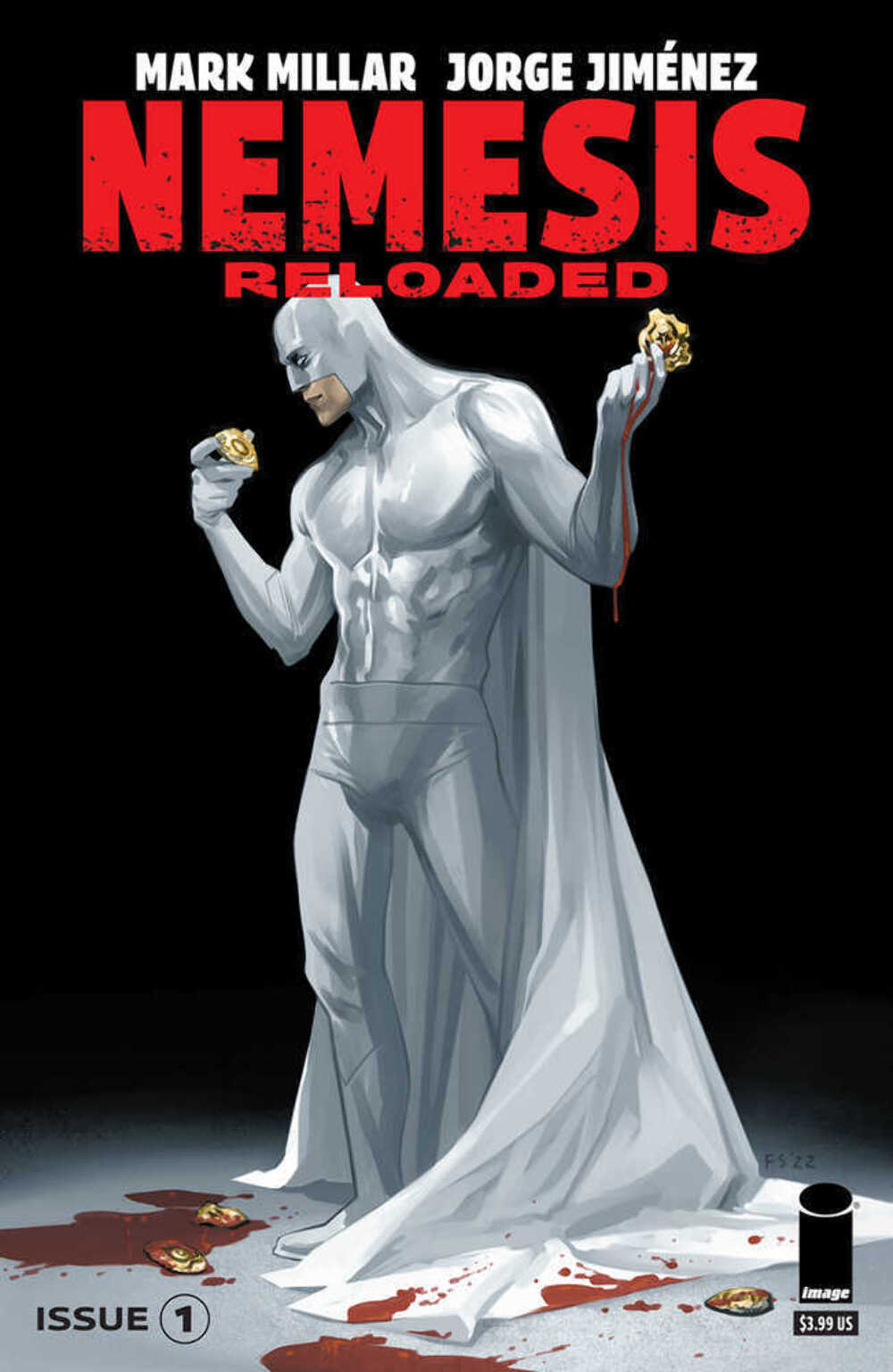 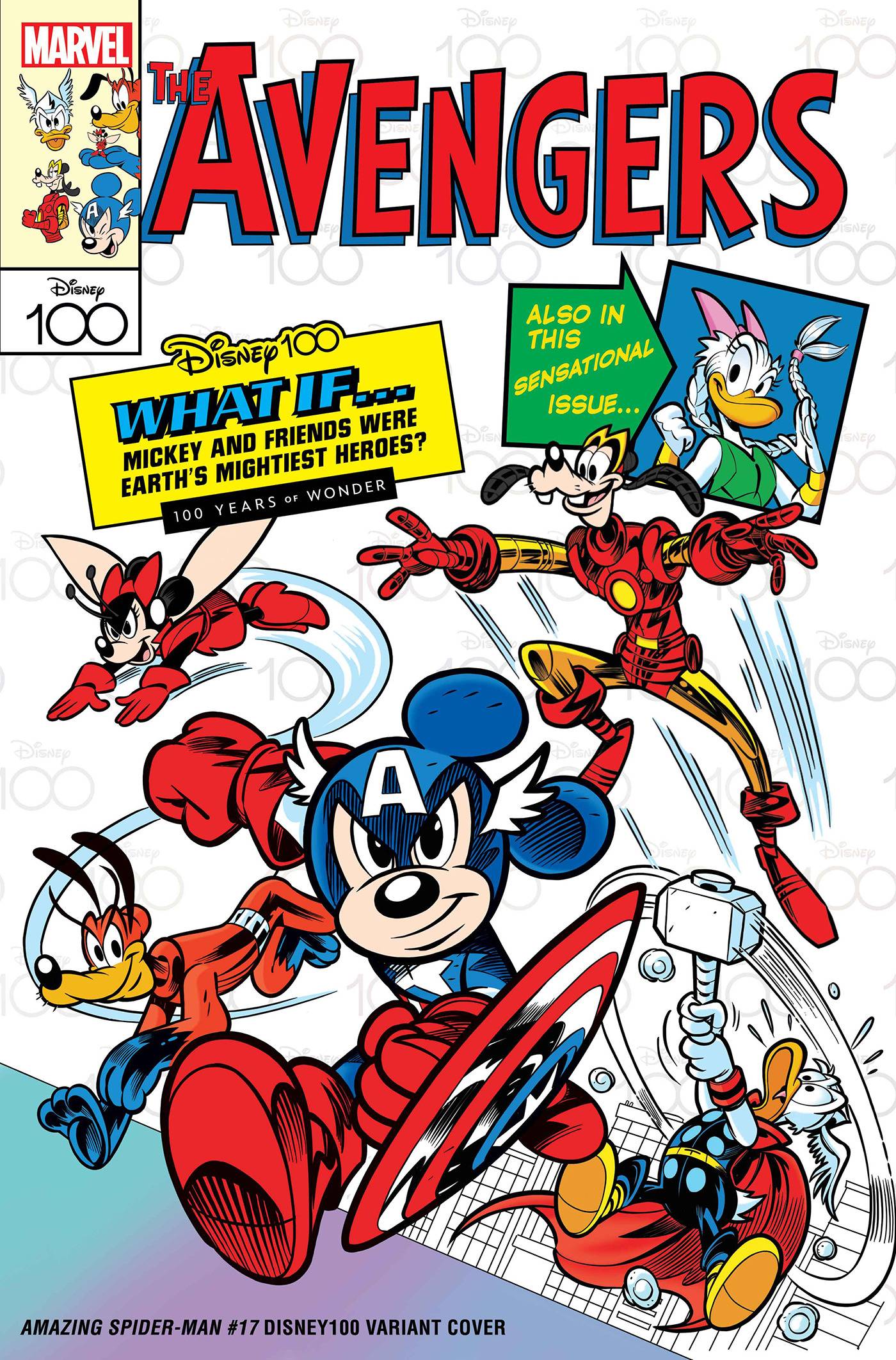 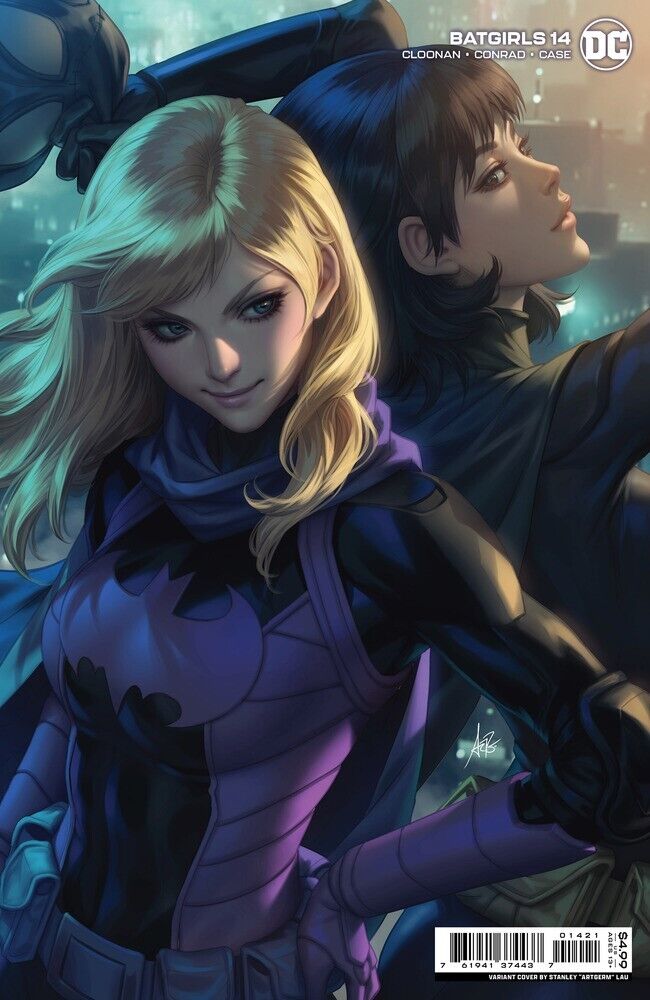