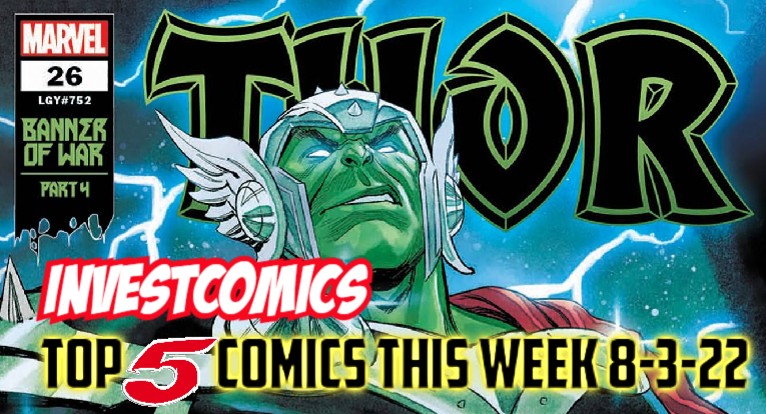 Edge Of Spider-Verse #1 – Back in early April of 2014, InvestComics was all over the “Spider-Verse” announcement. It literally puts a smile on our faces upon 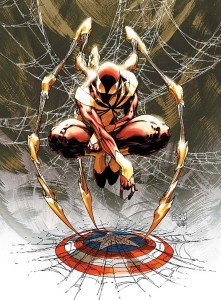 looking back at the verbiage regarding the things we said and conveyed to our audience. We’re going to share this with a copy and paste and a link to the original article and then get back to the new release arriving this Wednesday. It’s mind-blowing how we were exactly on point about the Spider-Verse. We are the GOAT for a reason. Here is a copy/paste of that article, complete with spelling errors and errors in general, but are we talking Iron-Spider too? Wow, we’re good; *With the recent announcement of the new Spider-Man Event called “Spider-Verse” it got us thinking; how long will it take us to compile a list together for our fans. Well it took a little while, but it was well worth it. In case you’re out of the loop a little bit, Spider-Verse will bring together every single different form of the Spider-Man character ever in a Spidey event series. Sounds like fun! For fans alike, this should be an absolute thrill ride. The readers will be in eye candy heaven. So what does this mean exactly for the speculator? Well they too will have a joy ride ahead of them. The math is not hard on this one at all. Here is how it will probably go down. Spider-Verse will release and there will be a mad frenzy for many of the Spidey characters. Be it in a suit/Spidey-Armor/power or anything for that matter. Marvel will get wind of the public outcry for say…..the Iron Spider-Man (one of our personal favorites) and they will respond. Bottom line folks, expect some branching out of the Spider-Man Universe for years to come. Be on top of some of the ridiculous ones and the stellar ones before you’re caught without a copy of that NEW popular Spidey character with their own series. Now InvestComics fans can search out just about every single different Spider-Man (and female) that pretty much exist right here……on one page. As we mentioned earlier, one of our favorite Spidey creations has to be the Iron Spider-Man. The late Michael Turner still has one of our favorite modern day comic covers of all time. Civil War #3 (2006) Variant is an absolute beauty (pictured right). So in no particular order, welcome to the InvestComics: Spider-Verse/Spider-Man Checklist! The list compiles not only the different variations of Spider-Man, but it also includes some of the Spidey villains that have emulated him over the years as well. (Of course there will be some comics left off or some errors made here. Please speak up if you think you got a good one that was inadvertently left off or if there is a mistake. Also, please keep in mind that some of these characters will never see the light of day in the Spider-Verse event, but having fun here is more important.)*
Wow, that was fantastic. What a call. The post was a Spider-Verse checklist too! With some minor errors (at the time) regarding a first appearance, but all and all a solid piece here. Click HERE to see/read the checklist (original article).
This Wednesday Marvel will re-up their Spider-Verse universe with the debut issue featuring the first appearance of Spider-Rex. There are a few covers with the new character on the cover, but only one contains a solo cover of Spider-Rex. That will be the “get” regarding the first appearance. Each issue will feature a new character or a major storyline going down. Issue two will feature the first appearance of Spider-UK. Jump on Edge Of The Spider-Verse #2 NOW for that one. The first issue here will have Arana as the main focal point. Arana first appeared in 2004’s Amazing Fantasy #1. As we stated in 2014, expect to see some of these new characters branch out into their own space. Whether it’s a cartoon, Disney+, or a movie, someone is breaking out. Will it be Spider-Rex? Will it be Spider-UK? Or will it be someone else we’ve yet to see or hear about? And just like we warned our posse in 2014, you really should stay on top of this series. The new series will be written by Dan Slott and drawn by Mark Bagley. Yes and yes.
The Dead Lucky #1 – A first appearance of the main character. And in their own series from Image Comics. Melissa Flores makes her writing debut.
20XX Transport – New from Image Comics. This story, written and drawn by Jonathan Luna, was a social media comic and will now be presented in comic book form. Here’s the thing, just like a few weeks ago, a comic cover, pushing the boundaries a bit. A school bus with kids, frightened by a gunman on it. The story goes like this; a boy with telekinetic powers is set to save his classmates on a school bus when several hijackers take over. Okay, all good, but that cover can present some issues for people that may have experienced some trauma with all of the school shootings in recent times. With a comic cover pushing the envelope a few weeks ago and now this, It’s a bit bizarre. Not saying anyone did this intentionally, the sensitive tone hitting, but are we not aware of certain aspects that may cause a stir, or maybe, maybe it is done to bring awareness? We have no idea and are not accusing anyone of wrongdoing, but controversy does sell, right?
Thor #26 (2nd print) – Here is the first official Hulk-Thor cover with Mjolnir and all.