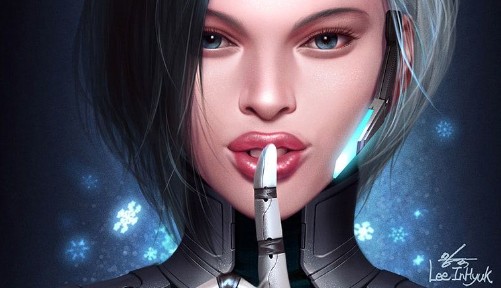 The Immortal Hulk #25 – Expect a lot of eyeballs on this new release that Marvel says “You’ve never read a Marvel comic like this before.” and “Groundbreaking Double-Sized Issue”. Okay, you reeled us in, now you better deliver. This series has been delivering since issue one, so no reason to think they’ll be a letdown at all here. Writer Al Ewing and artist German Garcia continue their history making Hulk material.
The Amazing Mary Jane #1 – DC releases their Lois Lane series a little bit ago, now Marvel releases this book. Girl fight! Nah, just some friendly competition among the big two. Wouldn’t that be a great comic? Lois Lane vs. Mary Jane. It would be UFC style. We’ll get on the horn with Dana White, Marvel and DC shortly. Anyway, Mary Jane begins her own series and fans are quite happy about it. How long before MJ becomes a superhero in tights and fights some villains in her new series? Jackpot, Spinneret? Iron Spider? Maybe not. Who knows? Look for a quick sellout here and the covers to make their rounds on the social media front. Trend popping indeed. Writer Leah Williams and artist Carlos E. Gomez.
Batman Beyond #37 – Will there be a bigger DC comic this week? Maybe, more in a little bit, but this one here could be the trending DC book of the week. Introducing Batwoman Beyond. Yes, that’s enough to get readers and collectors in a tizzy. Written by Dan Jurgens and drawn by Sean Chen.
Future Fight Firsts Luna Snow #1 – Luna Snow makes her series debut. She first made her Marvel appearance in War of the Realms New Agents of Atlas #1 a few months ago. Creative team here; Alyssa Wong, Gang Hyuk and Lim.
Detective Comics #1014 – Well, here’s the other DC comic we hinted at earlier about possibly being a bigger trending book than Batman Beyond #37. This particular comic gives readers a possible look at the first Mrs. Freeze. Not Lazara, super villain; Mrs. Freeze. Writer Peter J Tomasi and artists Doug Mahnke and Jaime Mendoza bring this tale. So much potential here and this team will bring it. Nora Fries, a.k.a. Mrs. Freeze, first appeared in Batman: Mr. Freeze graphic novel from 1997.

Here are the rest of the trending comics and items headed your way this Wednesday from Trending Comics and More #600 (LOTS MORE there!)